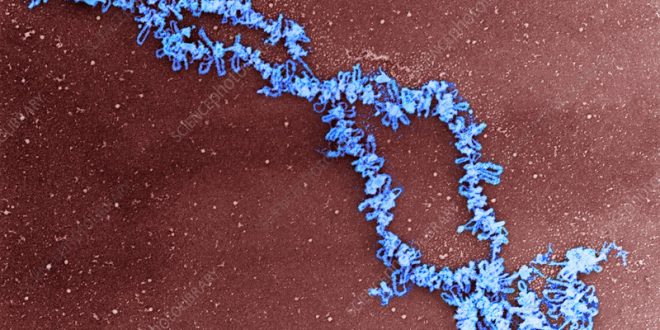 If we observe the nucleus of each cell, we’ll find that the DNA molecule in it is packaged into thread-like structures. These are called chromosomes that carry hereditary information for everything, i.e., height to eye color. These chromosomes are made up of DNA that is tightly coiled many times around proteins called histones that support the structure of chromosomes.

Normal chromosomes are usually seen during mitotic & meiotic cell divisions. However, in specialized tissues or in certain species or species groups, non-standard or unusual chromosomes exist. These chromosomes serve as valuable tools for cytogenetic research and distinguish themselves by their unusual size. The Lampbrush chromosome is one of them.

What is the lampbrush chromosome?

The following part describes the structure of the lampbrush chromosome in two headings: Physical and Chemical structure. 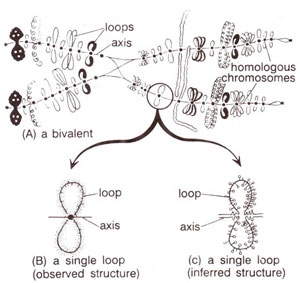 Figure: Diagrammatic representation of the lampbrush chromosomes of the Triturus, a bivalent with two chiasmata and with the paired arrangement of the loops extending out from each homologue. 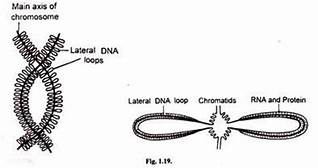 Figure: Diagrammatic representation of the lampbrush chromosomes of the Triturus, a bivalent with two chiasmata and with the paired arrangement of the loops extending out from each homologue.

Herbert MacGregor and Harold Garnet Callan (1962) published a research article on lampbrush chromosomes in the Journal of Microscopical Science.

They worked at The University of St. Andrews.

The similarity between lampbrush and polytene chromosome

Great organisation and quite an informative article. Thank you.

Thank you so much for your appreciation & support.