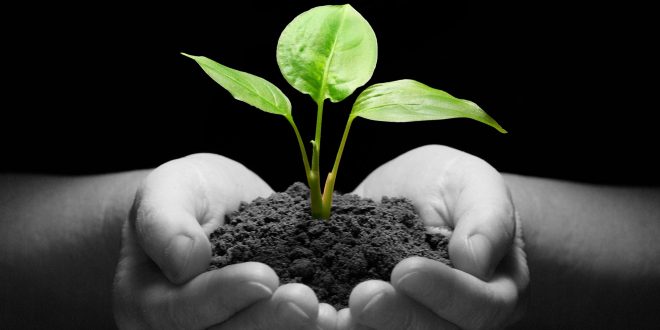 Crop plants have travelled into many new areas from their centers of origin. This movement of plants occurred with the movement of man. Most of these introductions occurred very early in the history. For the example, mung, mustard (Brassica juncea), pear, apple and walnut (Juglans regia) were introduction from the Central Asian Centre Of Origin into the various parts of India in the dim past. Similarly, sesame, jowar, arhar, Asian cotton (Gossypium herbaceum )and finger millet ( Eleusine coracana) originated in Africa and travelled to India in this prehistoric period. It is, therefore, clear that the plant wealth of various nations is, to a large extent , the result of plant introductions.

During 19th century, a number of Botanic Gardens played an important role in plant introduction. The Calcutta Botanic Gardens was established in 1781. The Kew botanic garden, England, arranged introduction of quinine and rubber trees from South America into India. During and after the last part of 19th century, various agricultural and horticultural research stations were established in the century. These stations introduced horticulture and agricultural plants independent of each other. There was no coordination among these agencies regarding their introduction activities.

The functions of all the agencies, concerned with the work of plant introduction, are four as follows:

Procurement of the plant material from the places within the country is very convenient but from abroad is somewhat cumbersome. There is a definite procedure for plant introduction from outside and its different steps with their salient features are discussed here:

TYPES OF MATERIALS TO BE INTRODUCED

New plant material is often needed by different disciplines of Botany therefore; the type of material to be introduced varies according to the nature of individual’s requirement and interest.

The material which has likelihood of satisfactory adaptations under the new environment is usually introduced. Polyploids and cross-pollinated crops are easily adaptable to new climate.

Both the whole plant as well as its portion such as seeds, clonally parts, pollens and nodules can be introduced but again it depends upon:

PLACE FROM WHERE TO BE INTRODUCED

The crop material is usually introduced from the region or country where the greatest variation is found in that particular species; i.e., areas which are rich in genotypes of genetical importance. Such type of places includes:

Most of the plant material is introduced deliberately for use in agriculture and industry through:

Packing of Material For Transport

The sender first cleaned and treats the seeds with fungicides to make them free from weed seeds, seed-borne diseases and other contaminations and then packs them up in his own way of convenience. Special problem rises only with transport of seeds from tropical countries where there is no little or dormant period. Techniques have been worked out for this such as the use of charcoal packing in vacuum flasks (Whyte 1958). The packing of living vegetative material over long distances, generally by air, involve the various methods of preserving and packing.

Every material is well-labeled containing its number, botanical name and other necessary information. The whole package is properly addressed and then transported.

As soon as the material is received, it is inspected, treated, identified, numbered and catalogued by the concerned agency.

The introduced material after cataloging is handed over to the worker or institute interested in testing it. Preliminary multiplication and testing are carried out simultaneously at the place where the material is received first. As far as possible the material should be tested under normal conditions for evaluation of desired characters and acclimatization.

For testing, material is grown in isolated area either in nurseries or green houses where they are fumigated. During testing, the material may adopt or may not adapt to the new locality or area. The ability of crop to become adapted to a new climate is termed as Acclimatization.

During testing the material found undesirable is discarded and suitable one is utilized further in any of the following ways:

The introduced plant materials are maintained in viable condition so that they may be used again by workers on some future date.

This is an official account of this website. This ID holds articles from two categories. 1. Articles from our non-authors. 2. Articles of the authors whose IDs were deleted.
Previous Variation in Chromosome Types: The Lampbrush Chromosome
Next Soil Organic Matters

That’s really a good article to have an overview on this topic. Little bit of emphasized ‘procedure’ could have made it much healthier.

Thanks for your kind advice. Definitely gonna look into the things you said.

As an editor, I am dropping some suggestions regarding technical issues of your article: Only use black color font. We need to maintain the uniformity of our articles. Some headings are made using block letters. Please, do consider using letters like you do in a sentence. The most important thing is: You have divided one article into three. So, you must add the link of other two articles in this article. In the other two articles, you will do the same. Please update your profile in our website. Every viewer deserves to know the author. If you wish, at the… Read more »

Thanks for identifying. Surely gonna work on pointed suggestions.