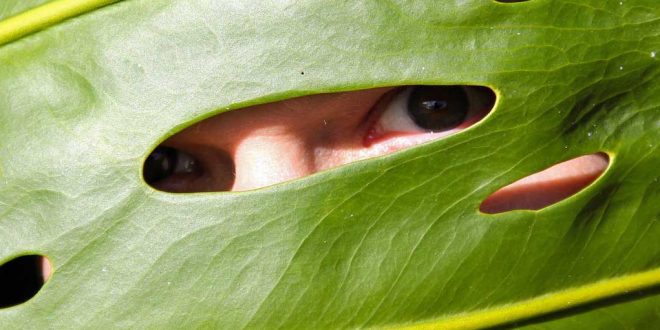 What A Plant Sees: Plants Can See Us!!

Plants can see us. They can monitor their visible environment. They can see if you’re wearing a red or blue shirt. They know if you’re moving them from one place of your house to another. When you take a picture turning the flash on for a better and clearer image, plants know that. They can see the other plants that you put beside them. They see the sun setting down and coming up from the horizon. But to understand the term plant’s sight clearly, we have to understand what sight is.

According to Merriam-webster ‘sight is a perception of an object by eye or as if by the eye’. Plants don’t have eyes. And they definitely lack a brain. In our case, when the photoreceptors in our eyes get stimulated by visible lights, our nervous system translates that light signal into a picture we call sight. Because plants don’t have a nervous system or brain they can’t translate light signals into a whole image. Although they can receive and detect light and respond to these lights in their own way. Still, can we call this ability ‘sight”?

To understand that, let’s think of a blind man. A blind man sees nothing, he can’t detect any light. The cause of it may be his photoreceptors or optical nerves are damaged. Now, miraculously he retained the ability to differentiate light and shadow. He can understand when he is inside or outside. These new senses would be considered a primitive stage of sight and would enable him to a new level of functions. Furthermore, if he develops the ability to discern different colors like blue or red, or green. That’s a lot of improvement right? From total blindness, he developed some drastic changes to see things. Though he is still not able to translate these received light into an object. We can all agree that he is now seeing things. He has developed a somewhat primitive stage of sight.

The same thing goes for plants. Plants are like this blind man. Though they can’t see like us. They’ve got this blind man’s sight.

To survive in an environment, plants need to be aware of the dynamic visual surroundings. They need to know the amount, duration, direction, and color of light. However, plants don’t see exactly like us. Their vision doesn’t create a full image. Plants can’t differentiate faces. They can’t understand the difference between you and your friend both wearing the same blue dresses. But they can see light in many lengths and colors which we can just only imagine. Plants can see the ultraviolet rays that give us sunburns. They can see the infrared lights that heat us.

They can even understand how long the lights have been on. They know if the light is coming from the left, right, or above. They see if another plant is growing above them, blocking their lights and giving them shadows. They understand the difference between shadow and light. They can understand if it is winter or summer by seeing the length of the days.

The Difference between Us and Plants

The circadian clock is an internal clock that is in tune with normal day-night circles. In our case, the activities we do in 24 hours are controlled by the circadian clock. When we will go to sleep and wake up. Even when we will go to the bathroom. If we keep ourselves in a dark room it will still work. But when we travel to different time zones our circadian clocks get disrupted and we suffer from jet lag. Blue light can reset this clock, but it’ll take a few days.

Similarly, we can disrupt the circadian clock of a plant. If we artificially change plants’ day-night circle, we’ll notice an absurd behavior. If the flowers on that plant used to bloom in the morning, they’ll start to bloom at night. Just like human jet lags. but if we keep it in light for a few days the circadian clock will reset.

What A Plant Knows by Daniel Chamovitz

I'm a student of department of botany at University of Dhaka. I'm learning a lot of new interesting things about different spheres of botany and I'll keep updating about them to keep your knowledge of nature enriched. Email: tarannum28@gmail.com Minimum monthly resolution: Publish(3), Revise(2), Share(5)
Previous Ribosome: The Protein Factory of Cell
Next Bryophytes: Methods of Creating Their Generations