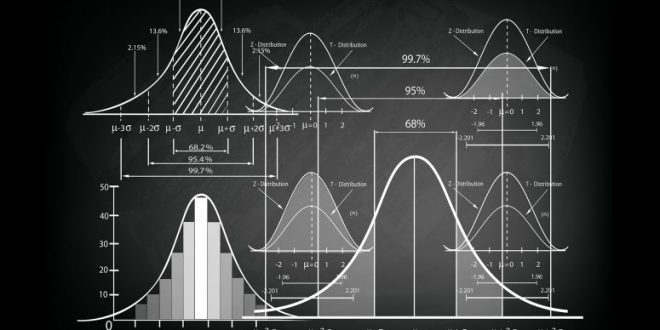 We can test the significance of the two sample means by using a t-test. However, in cases where there are more than two samples, it is done by Analysis of Variance (ANOVA). This method is carried out by comparing sample variances using Variance Ratio Test or F test. So at first, let’s learn about the F test which is discussed below:

The variance ratio test was first conducted and named after a British statistician called Ronald Aylmer Fisher (17 February 1890 – 29 July 1962). It is any statistical test in which the test statistic has an F-distribution under the null hypothesis. It is most often used when comparing statistical models that have been fitted to a data set, in order to identify the model that best fits the population from which the data were sampled. The value of F is equal to the ratio of variance.

In ANOVA the F test is determined as the final goal that indicates the presence or absence of a significant difference between more than two samples. In the context of ANOVA, the sample variances are called mean squares, or MS values.

General logic and basic formulas for the hypothesis testing procedure known as analysis of variance (ANOVA). The purpose of ANOVA is much the same as the t-tests. The goal is to determine whether the mean differences that are obtained for sample data are sufficiently large to justify the conclusion that there are meaningful differences between the populations from which the samples were obtained.

There are two methods of ANOVA depending on the condition of samples in which they are grouped.

If the analysis concerns with testing the difference between two sets of groups without any further categorization according to the other factors concerned, we use one-way ANOVA test. Steps of finding F value in ANOVA is given with examples-

Example- The table is given where it shows a record of the number of new leaves observed under different concentrations of hormone given.

Step1: Write null hypothesis. For example here, it can be stated as “there is no significant difference/ variation among the treatments (different concentration of hormones)”

Step8: Draw ANOVA table including all the headlines below-

Step9: Compare the calculated F value with that of the F distribution table and comment. If the calculated value is greater than the tabulated value, the null hypothesis is rejected. Thus there is a significant difference in the treatment. If it’s small, vise versa.

If the analysis is concerns with testing the difference between two sets of groups with further categorization according to two or more factors concerned we use two way ANOVA test. The steps for finding F value in 2 way ANOVA is quite different as in the one way as we have to calculate the treatment sum of square values for treatment and factors separately. So there will be more than one treatment value.

A simplified table is given as an example-

Step1 and 2 are the same as in one-way ANOVA.

Step5: Calculate degrees of freedom for Total, Treatment, Factor, and Residual as same way done in one way ANOVA

Step8: Draw ANOVA table including all the headlines below-

Step9: Compare the calculated F value with that of the F distribution table and comment. If the calculated value is greater than the tabulated value, the null hypothesis is rejected. Thus there is a significant difference in the treatment. If it’s small, vise versa.

Currently a student of the University of Dhaka, second year. Nature itself is enthralling and I find it enthusiastic to learn more about them. Monthly resolution- Publish (1), Rate (1)
Previous Toxic Substances & Environmental Health
Next Interrelationships of quantitative variables: Correlation and Regression