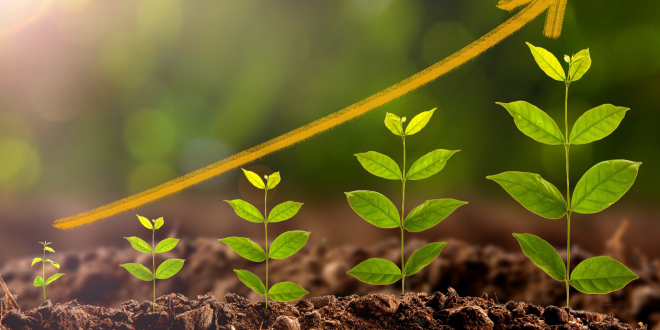 In the experiment, we measure the two continuous characters which are associated with each other. For example, the height of the plant and the temperature of the atmosphere. Accordingly, to understand the relationship between two such variables, we need to know how they are related and how the relationship can be expressed in a visual form.

The extent of correlation varies between minus one and plus one (-1 ≤ r ≤ 1). The value is in a fraction with a positive or negative sign.

It is common to use a scatter diagram as a visual representation of data. We can show on a graph paper by plotting each pair of variables (X and Y). Consequently, placing a dot at the point corresponding to the values of X and Y.

This calculation is introduced by Professor Karl Pearson. It is used to determine the direction and degree of the linear relationship between two variables. The variables must be normally distributed for this method to be applied.

As we carry out an experiment and take observations from the sample, the observed value of “r” has to be tested for significance. The following formula is for the calculation of a small sample. We set up null-hypothesis as:

Ho = There is no significant relationship between dependent and independent variables.

where the degrees of freedom = n-2.

The regression coefficient is denoted by the letter “b”. It shows the gradient or slope of the straight line of correlation. Moreover, it can calculate the equation for a straight line in correlation (Y= a+bX). 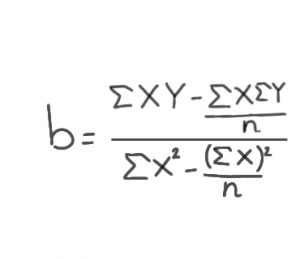 The calculated b is placed into the equation. Consequently, “a” is a constant for Y-intercept. We can find by subtracting the product of regression coefficient and mean of X from the mean of Y:

Finally, we plot a straight line. Place the value of X and Y. The lines will go through the points.

Currently a student of the University of Dhaka, second year. Nature itself is enthralling and I find it enthusiastic to learn more about them. Monthly resolution- Publish (1), Rate (1)
Previous Analysis of Variance and F test
Next Arsenic: Exposure, Effect & Contamination