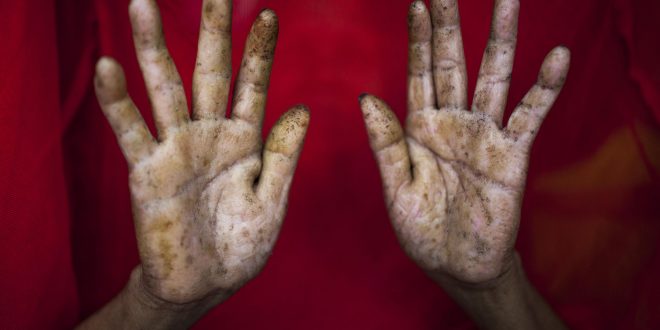 Arsenic is a naturally found chemical element whose atomic number is 33 with a symbol as ‘As’. It occurs in many minerals, usually in combination with sulfur and metals, but also as a pure elemental crystal.

Arsenic exposure is natural but can be aggravated by human activities. Humans are exposed to arsenic in two chemical forms:

Routes of exposure to Arsenic

How can arsenic affect human health?

Effects of Arsenic on human health

It affects nearly all organ systems of the body. Arsenic is known to cause cancer in humans and increases the risks of developing lung, skin, bladder, breast, prostate, kidney and liver cancer. Other toxic effects of concern are related to:

It has two stages: Melanosis and Keratosis:

How to remove arsenic from drinking water?

Mechanism of Arsenic toxicity in plants

Sources of Arsenic (in the paddy field)

Global distribution of As

As contamination in Bangladesh

Currently in 4th year (Hons) in the Department of Botany, University of Dhaka. Planned to have multiple careers one by one but promised to be with 'Plantlet' as long as it's primary stage remains unfinished. Email: abulaisshomrat@gmail.com. Minimum monthly resolution - Publish (1), Revise (3), Share (5)
Previous Interrelationships of quantitative variables: Correlation and Regression
Next Energy Environment: Global Radiation Balance & Energy Budget