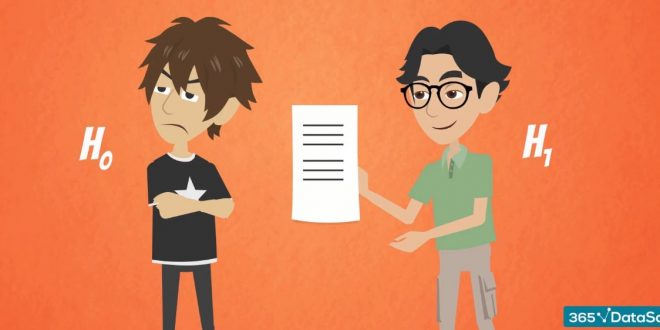 The mathematical methods by which the probability of relative frequency of an observed difference occurring by chance, is found, are called tests of significance. It may be a difference between means or proportions of sample and universe or between the estimates of experiment and control groups.

Thus, the mathematical method by which we can support or reject a claim or an inference or a hypothesis, based on collected data, is called the test of significance.

There are two basic methods of drawing the conclusion or knowing/testing the significance of the results obtained. They are-

‘Z test’, ‘t test’ and ‘χ² test’ are some of the common tests of significance. The stages in performing a test of significance using the method of testing a statistical hypothesis are :

Hypothesis testing is a way of trying to confirm or deny a claim about a population using data from a sample.

A hypothesis test is a statistical procedure that is designed to test a claim or inference or hypothesis.

Every hypothesis test contains two hypotheses. They are :

For example, if the claim is that the average time to make a name-brand ready-mix pie is five minutes, the statistical shorthand notation for the null hypothesis, in this case, would be as follows: H0 : μ = 5.

Against a null hypothesis, there could exist three possible alternative hypotheses. They are :

A test of significance such as Z test/ t-test/ χ2 test is performed to accept the null hypothesis H0 or to reject it and accept the alternative hypothesis Ha. To make a minimum error in rejection or acceptance of H0, we divide the sampling distribution or the area under the normal curve into two regions or zones: 1) A zone of acceptance and 2) A zone of rejection.

In any circumstances, the null hypothesis of no difference is rejected even when the estimate falls in the zone of acceptance at a 5% level say at point A(shown in figure 1.1). It means we are changing the

level of significance from 5% to 6, 8 or 10%, etc. This is committing a Type I error. The extent to which  H0 may be rejected depends on the investigator and the circumstances such as the trial of two drugs when he may think that the difference at 10% level of significance is enough for the hypothesis to get rejected.

There are other situations when H0 is accepted when it should have been rejected because the estimate falls in the zone of rejection i.e. in shaded areas, say at point B (shown in figure 1.2).

Here, we are changing the level of acceptance from 5% to 4, 3, 2, or 1% level of significance. This is committing a Type II error. In such cases, we increase the size of the sample and confirm the inference.

When a statistical hypothesis is treated there are 4 ways to interpreting the result :

I'm a student of department of botany at University of Dhaka. I'm learning a lot of new interesting things about different spheres of botany and I'll keep updating about them to keep your knowledge of nature enriched. Email: tarannum28@gmail.com Minimum monthly resolution: Publish(3), Revise(2), Share(5)
Previous Classification of Bacteria
Next Titan Arum: The Corpse Flower Feels Rotten