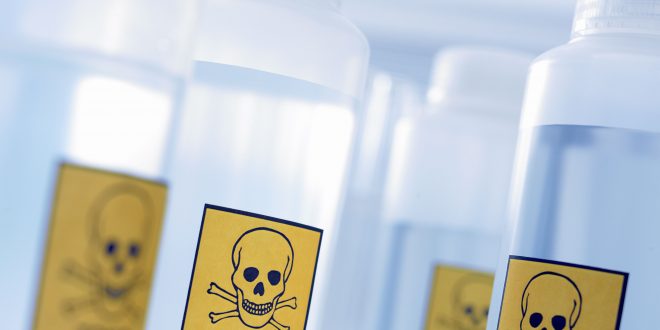 Toxicity is the degree to which a substance can damage an organism. Toxicity can affect a whole organism, such as an animal, bacterium, or plant, as well as a cell (cytotoxicity) or an organ such as the liver (hepatotoxicity). Toxicity effects are dose-dependent; so, even water can lead to water intoxication when taken high dose, and even a very toxic substance such as snake venom there is a dose below which there is no detectable toxic effect.

Toxic substances or toxins are those chemicals that cause adverse effects on organisms. These are also known as toxicants.

Toxicology is the study of the effects of toxicants.

1. By regulating the enzymatic activity

2. By binding directly to cell

Some toxic chemicals and their effects

Structures of some chemicals

Currently in 4th year (Hons) in the Department of Botany, University of Dhaka. Planned to have multiple careers one by one but promised to be with 'Plantlet' as long as it's primary stage remains unfinished. Email: abulaisshomrat@gmail.com. Minimum monthly resolution - Publish (1), Revise (3), Share (5)
Previous Bacteria: Flagella
Next Analysis of Variance and F test