Biodiversity: Creation of earth and details

How The Earth Was created?

What Is the Big Bang Theory?

Scientists have gathered a lot of evidences and information about the universe. They have used their observations  to develop a theory called the Big Bang. The theory states that about 13.7 billion years ago all the matter of the universe was concentrated into a single incredibly tiny point. This universal expansion was predicted from:


According to the Big Bang model, the universe expanded from an extremely dense and hot state and continues to expand. 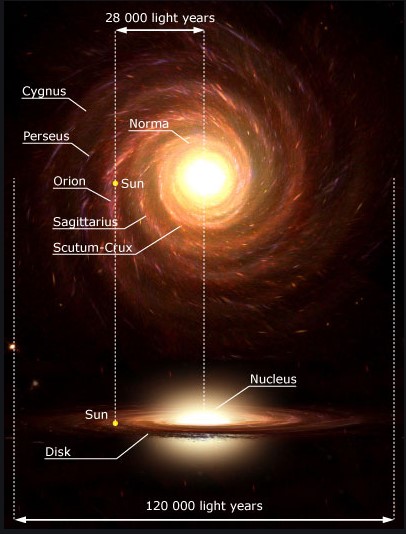 The Sun and its planets are located in one of the spiral arms of the Galaxy, a little less than 28,000 light-years from the galactic center and orbiting around it in a period of 200 million years. The center is invisible from the Earth, masked by vast, light-absorbing clouds of interstellar dust.

The galaxy is probably around 12 billion years old and, like other spiral galaxies, has three distinct regions. The central bulge is about 30,000 light-years in diameter. The disk in which the Sun is located is not much more than 1,000 light-years thick, but approximately 100,000 light-years from and to end. Around the Galaxy is the halo, a spherical zone 300,000 light-years across, studded with globular star clusters and sprinkled with individuals suns.

The End Of The Universe

The likely fate of the universe is disputed. One theory (top of diagram, below) dictates that the expansion begun at the time of the Big Bang will continue ‘ indefinitely’, with aging galaxies moving further & further, apart from in an immense, dark graveyard.

Alternatively, gravity may overcome the expansion (bottom of diagram) Galaxies will fall back together until everything is again concentrated at a single point, followed by a new Big Bang and a new expansion in an endlessly repeated cycle.

The first theory is supported by the amount of visible matter in the Universe; the second theory assumes that there is enough dark material in the universe to bring about the gravitational collapse.

Cross Section Of The Earth

Inner Core: A sphere, radius 850 miles, of nickel-iron, probably solid at a temperature of 3000°C-4000°C. The pressure at the center of the Earth is some 3.5 million atmospheres.

Between the Mantle and the Outer core, there is possibly a sulfide and oxide shell.

The Mantle: Immediately below the Crust is the Mantle consisting of 1800 miles of rocks, composed of iron- magnesium- silicates, rigid to a depth of 450 to 500 miles. Below this depth, the rocks are in a plastic state. The temperature of the Mantle attains 1600°C.

The Crust consist, under continents, of a layer of granitic rocks. This layer is known as ‘Sial’ because of the predominance of elements silica and aluminum. Below the ‘Sial’ and extending under the floor of the ocean, is a basaltic layer known as ‘ Sima’,so-called because the principal elements are silica and magnesium. The thickness of the Crust, counting both layers, varies from 3 to 30 miles.Immediately below the Crust is the Mohorovicic discontinuity( the Moho). The rocks above and below this line are of different density or are in different states of rigidity.

■ Rainwater- acidic in nature reacts with soil and limestone, carries minerals and nutrients to plant.

Natural landforms reflects the influence of plate tectonics, through mountain-building and generation of new rocks from Earth’s interior, together with the agents of erosion-running water, ice, winds and coastal waves. Our millions of years, mountains are gradually eroded, with the eroded material redistributed, usually at lower levels. The resultant landforms reflect the major forces that have been at work, as well as the underlying geology, the climate conditions, which often vary over time, and the vegetation cover. The study of these processes and the landforms they create is called Geomorphology. The stylized diagram (below) shows some major natural land-forms.

■ Defined as places with annual average rainfall less than 250mm with few exceptions.

■ Dunes – a ridge of sand or other loses sediment formed by the wind, specially  on the sea coast or in a desert

■ Sahara – before it was a wet place, converted to desert after 5000 BC, so deforestation, overgrazing, etc. can turn a grassland into desert. 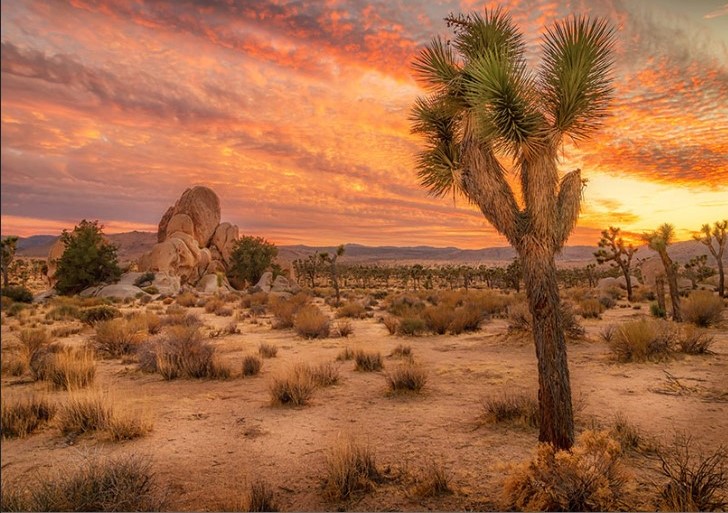 ■ Fossil-study from 200 million years back show climatic changes without changes in latitudes.

■ All these prove that continental parts were not at same geographical location as now.

■ Plate tectonics when collide allow magma to come out on oceanic floor.

■ When part of continents move away with plate tectonics called continental drifts.

In 1915, Alfred Wegener produced a series of world maps proposing that, around 200 million years ago, the continents had been joined together in a super-continent that he called “Pangaea“. This landmass started to break up 180 million years ago and the parts drifted to their present positions. In the 1950s and 1960s, evidence from studies of the ocean floor suggested that the low-density continents rest on huge slow-moving plates and in the present day the continents are still on the move. 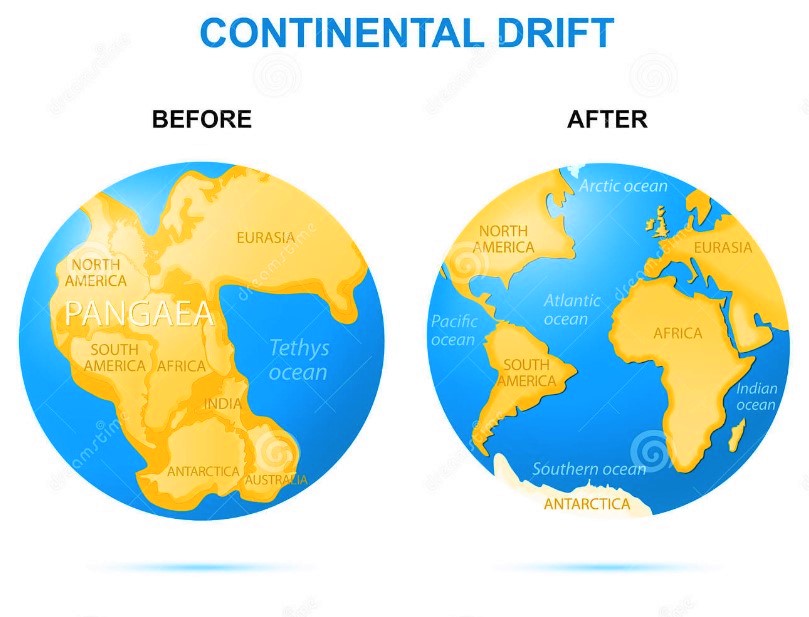 A biology fanatic who is interested in understanding the underlying mechanisms that govern the functioning of living matter as well as the complex properties..........
Previous Biodiversity: Creation of Biodiversity
Next Biodiversity: Prehistoric Periods of Earth

Wow really good work.
Go ahead for more.
Wish you all the best.