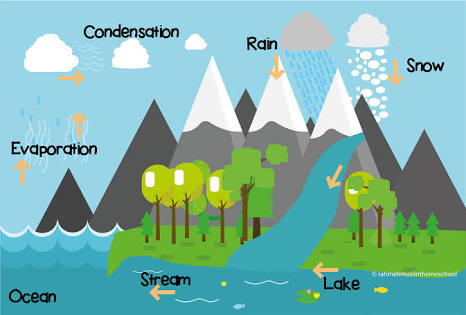 Threats to the Carbon Cycle

– The Earth is getting warmer.

– This century is about 1 degree Fahrenheit warmer than last century.

-The balance of evidence suggests that burning of fossil fuel(e.g. coal, oil, natural gas), which emits CO2 as a waste, is the cause.

– CO2 is a “Green House” gas. It traps heat at the Earth’s surface.

P is a constituent element of the organic compounds including phosphorylated sugars (e.g. fructose phosphate), phospholipids, nucleotides (e.g. ATP) and nucleic acids (e.g. DNA, RNA). It is a highly immobile element and it moves in a sedimentary cycle.

The following picture is a simplified model of the circulation of various chemical forms of phosphorus (mostly phosphates) in the phosphorus cycle, with major harmful human impacts shown by the red arrows.


Someday, geological processes may uplift and expose these seafloor deposits, from which phosphate can be eroded to start the cycle again.

This includes removing large amounts of phosphate from the earth to make fertilizer and reducing phosphate levels in tropical soils by clearing forests.

Water is one of the most imprtant resources on earth. It has a critical function in all most all sphere of life.

It occurs in 3 states of matter-

A part of water is in continuous circulation because it evaporates from water and land surfaces of the earth.

After condensation in the atmosphere it is deposited again on earth surface as solid or liquid precipitation.

The usable water on surface of the earth, on which mankind and economy and industry are dependent constitutes only a minute fraction of the total water of the earth and is supplied by water cycle.