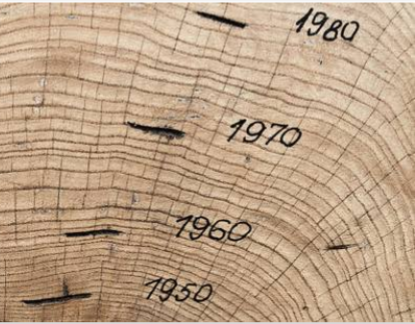 Dendrochronology: An Age Teller of Trees

Greek botanist Theophrastus first mentioned that the wood of trees has rings.Using of Dendrochronology to date the remain of trees in peat bogs was proposed by Charles Babbage.He also said that this method may be also used in geological strata.During the first half of the 20th century ,A.E Douglass said reasons that changes in solar activity and cycles of sunspot activity would effect climate patterns on earth.And it will be subsequently recorded by tree ring growth patterns.It means sunspots causes change in climate and that shows effects on tree rings.

Growth rings are revealed when horizontal cross sections are cut through the trunk of a tree.Growth rings are also called lateral meristem.This is resulted from the vascular cambium.Growth rings are actually a layer of cells present near the bark.One ring generally marks that the tree has passed one year of it’s life.Rings are more visible of trees of Temperate zones.In some particular tree species missing rings are present.Ring pattern has a generalised characteristics for same geographical zone. 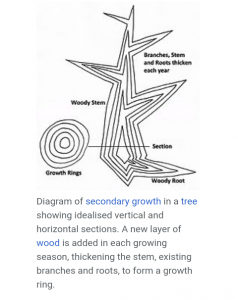 This equation defines law of growth of tree rings.This equation was proposed by Russian biophyscist Alexander.N.The equation is: 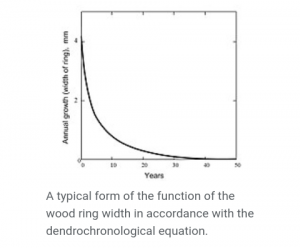 Most genera of tree are suitable for sampling.But some genera are more suitable.Timber core samples are dated in this method.Researchers can build a comprehensive historical sequence by taking different samples in different areas.

Obstacles of this practice:

The ring structure is the main concern for the dating method,but by ants or other insects ,the structure may be destroyed.Species of ant which inhabit in trees and extend their galleries into wood,make the wood structure the destroyed.Thus the method becomes inactive in it’s regarding concern.

1)Radiocarbon dating: Dates of this technique can be used as a check for radiocarbon dating technique.
2)Climatology:As the technique helps to know about age of ancient trees,so it helps to know about the climate patterns of world in different era.
3)Archaeology:A subject of research has been evaluated named ‘dendroarchaeology’ to study archaeology with the help of dendrochronolofy.e,g:Knowledge about Navan Fort ,in prehistoric Ireland,has been revealed with the help of dendrochronological studies.

Altogether,we can say that Dendrochronolgy is a type of study of annual rings of trees which tells us the age of trees.It is used when radiocarbon dating technique is not needed. 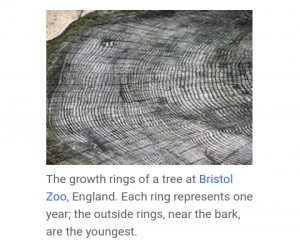 Dendrochronology helps in environmental studies.It helps to know about the evolutionary development style of tree plants.So it helps to study about evolution and also about other important topics,So,this is a significant process in determining the age of tree plants.

I am Nandiny, student of Botany Department, Dhaka University. Currently my final year of B.S honours is going on. Here, I write about the chances and ways of career and higher studies mostly. I hope to provide as much as information I can from different sources.
Previous Bioluminescence: The Secret of Glow in The Dark Sea
Next Red sea: A Wonder of Nature