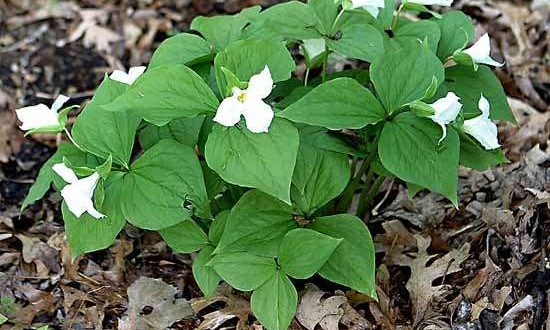 “Healthy citizens are the greatest asset any country can have.”

Said late British prime minister Sir Winston Leonard Spencer Churchill. For maintaining good health, we require food. Thus, food ranks first among the basic necessity of life. Although food being produced to feed every individuals among all over the world. Yet the demand of food is increasing day by day.

What could be the reason for increasing the demand of food?

Everybody is aware about the increasing of global population. As a result of which most of the agricultural lands are being exploited for dwelling and commercial purposes thereby, increasing the cultivational prospects which in turn affects the food production. Production of good quality seeds is yet another big challenge.

What could be done to control the chronic food shortage that troubles the entire world?

There are only two possible ways:

For example producing high quality seeds that are superior to the parent.This is possible by inducing the desirable characteristics into an existing variety so as to overcome it’s defects or weaknesses.Technically this process is known as hybridization.

In this article, Hybridization will be discussed in detail. Here is the part 1 of the topic.

Hybridization is an important method of combining characters of different plants. Hybridization does not change genetic contents of organisms but it produces new combination of genes. Hybridization may be defined as follows:

The production of a hybrid by crossing two individuals of unlike genetical constitutions and the individuals may be within same variety/ species/ genus or between different varieties/species/genera is known as hybridization.

Genetic hybridization is the process of interbreeding individuals from genetically distinct populations to produce a hybrid. A genetic hybrid would therefore carry two different alleles of the same gene.

The phenomenon of hybridization has fascinated scientists for many decades and in various biological context. Despite the long history of hybridization research, many open questions remain, some of which can only now be tackled due to the rapid improvement of sequencing technology. Here some significant history are mentioned below:

The chief objective of hybridization is to create variation. When two genotypically different plants are crossed, the genes from both the parents are brought together in F1. Segregation and recombination produce many new gene combinations in F2 and subsequent generations.

The aim of hybridization may be as follows:

These objectives are briefly discussed below:

Definition: The process of transferring desirable genetic characteristics from one or more varieties into a single plant is defined as combination breeding.

The main aim of combination breeding is the transfer of one or more characters into a single variety from other varieties. These characters may be governed by oligogenes or polygenes.In this approach, increase in yield is obtained by correcting the weaknesses in the yield contributing traits like tiller number, grains per panicle, seed weight of the concerned variety.

Definition: The production of plants in F2 generation that are superior to both the parents for one or more characters is known as transgressive breeding.

In such plants are produced by the accumulation of favourable genes from both the parents as a consequence of recombination. In this case the parents involved in hybridization must combine well with each other and preferably be genetically diverse. This way, each parent expected to contribute different plus genes which when brought together by recombination gives rise to transgresive segregation.

Example: The pedigree method as well as population approach are designed to produce transgresive segregants.

Definition: F1 is more vigorous and higher yielding than parents in most self-pollinated crops. Wherever it is commercially feasible, F1 may be used directly as variety; such a variety is called hybrid variety.

In such case,it is important that the two parents should combine well to produce an outstanding F1.

Example: Hybrid varieties are being cultivated on a commercial scale in rice and some other self-pollinated crops.

Based on the taxonomic relationships of the involved parents hybridization can be categorized into two different types. They are:

The process of hybridization by which a hybrid is produced by crossing between same species among the same or different varieties.

These type of hybridization can be again classified into:

Definition: The process through which two parents of same variety are crossed together to produce a new variety called intravarietal hybridization.

Example: Any same variety plants can be taken.

Definition: The process through which two parents of different varieties are crossed together to produce a new variety called intervarietal or intraspecific hybridization.

The process of hybridization by which a hybrid is produced by crossing between different species among the same or different genera.

These type of hybridization can be again classified into:

Definition: The process of hybridization by which a hybrid is produced by crossing between different species among the same genus.

Definition: The process of hybridization by which a hybrid is produced by crossing between different species among the different genera.

This is an official account of this website. This ID holds articles from two categories. 1. Articles from our non-authors. 2. Articles of the authors whose IDs were deleted.
Previous Taxonomy: DNA Barcoding
Next Hura crepitans: Where Nature Produces “Explosives”