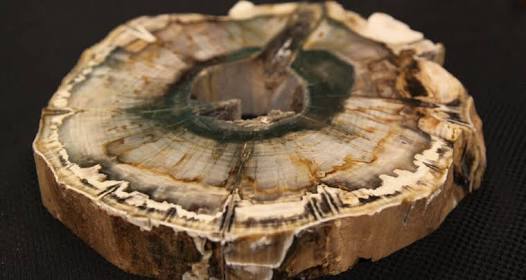 Paleobotany is a study of preserve of vestiges (remaining) of geological past.

More comprehensively, it is a part of paleontology or paleo-biology which deals with recovery and identification of plant remains.

Paleobotany can be defined or approached from the botanical point of view where emphasis is given on plant remains and from the geological angle where rock containing fossil is the primary concern.

Regarding taxon of the plant-fossil, a taxonomist can ask 4 basic questions:

3. How did it originate?

4. How did it acquire its present status or distribution?

Last 3 questions can be answered by paleobotany.

Fossils may be defined in various ways:

We can also say, fossil is the marker of the geological past.

But a plant fossil is any preserved part of a plant that has long since died. Such fossils may be prehistoric impressions that are because of many millions of years effort.

On the basis of size :

On the basis of the nature of fossilization :

Any living species which is apparently identical or closely resembles a species previously known only from fossil i.e. it is as if the ancient fossil had come to life.

1. It is essential that plant or plant parts must be in a region where deposition is taking place.

2. Some kind of water need to be present e.g. brackish water, fresh water.

3. Plants having hard tissues are more viable for fossilization than those with soft plant tissues.

4. Rapidity of burial and prevention of microbial or autolytic decomposition.

Currently in 4th year (Hons) in the Department of Botany, University of Dhaka. Planned to have multiple careers one by one but promised to be with 'Plantlet' as long as it's primary stage remains unfinished. Email: abulaisshomrat@gmail.com. Minimum monthly resolution - Publish (1), Revise (3), Share (5)
Previous Methods OF Fossilization
Next Oil Yielding Plants