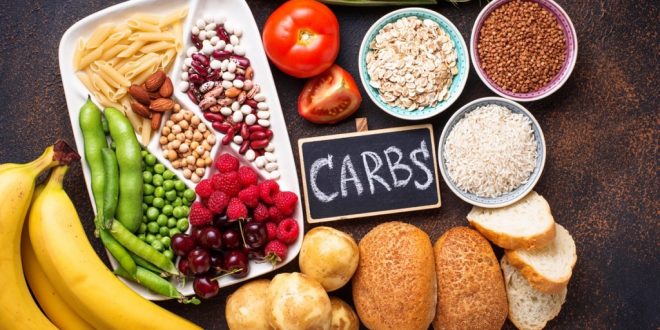 Carbohydrate: An Introduction to Carbs

Any of numerous substances that are produced by cells and living organisms are called Biomolecule or biological molecule. Biomolecules have a wide range of sizes and structures to perform a vast array of functions. There are four major types of biomolecules, they are- carbohydrates, lipids, nucleic acids and proteins. Carbohydrates are the most abundant of the four.

The term Carbohydrate is the Greek word “Saccharide”, which means sugar. In another- the word “carbo” meaning carbon and “hydrate” meaning water. The chemical formula of a carbohydrate is Cx(H2O)y , which seems some carbon(C) with some water molecules (H2O) attached. Hence the word carbohydrate means “Hydrated carbon” or “Watered carbon”. So, Carbohydrates are a group of organic compound consisting of C, H, O usually in a ratio of 1: 2: 1. Example: Glucose, starch, cellulose, glycogen etc.

Carbohydrates are probably the most abundant and widespread organic substances in nature and they are essential constituents of all living things. Green plants produce carbohydrate from carbon dioxide and water with the help of sun light during the photosynthesis process. Recall that plants convert the energy in sunlight to chemical energy in the molecule, glucose. Plants use this glucose to make other larger, more slow- releasing carbohydrates. We eat plants so that we can harvest the energy of glucose to support life’s processes.

Generally, carbohydrates are classified into 3 major groups depending upon their complexity on behaviour of hydrolysis. They are as follows:

Currently in 3rd year in Department of Botany, University of Dhaka. I am the girl who is nature lover & craving for learning something new.
Previous Plant Diversity : While The Environment Is Aquatic
Next Diversity in Living Organisms: Five Kingdom Classification