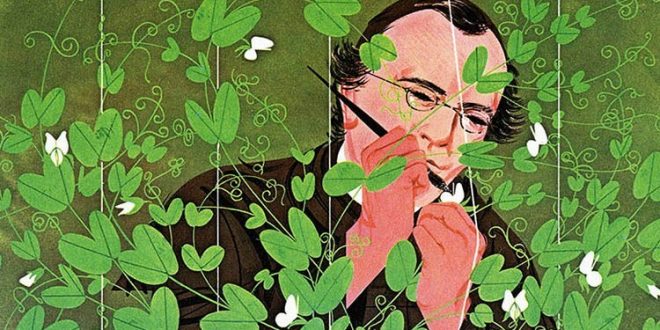 From the title we can easily understand that this article is about a part of genetics studies. So, what is genetics? The biological science which deals with the phenomena of heredity (i.e. transmission of traits form one generation to another) and variation and the study of the laws governing similarities and differences between individuals related by descent is called “GENETICS”.

There will be three articles of this title. Mendelian Inheritance (part-I, part-II & part-III). So obviously this is the first part. At this part we will discuss –

So without any delay let’s get started.

Our first topic is:

To know the historical background of genetics, first we have to know what genetics is.

Genetics includes the study of heredity, or how traits are passed from parents to offspring. 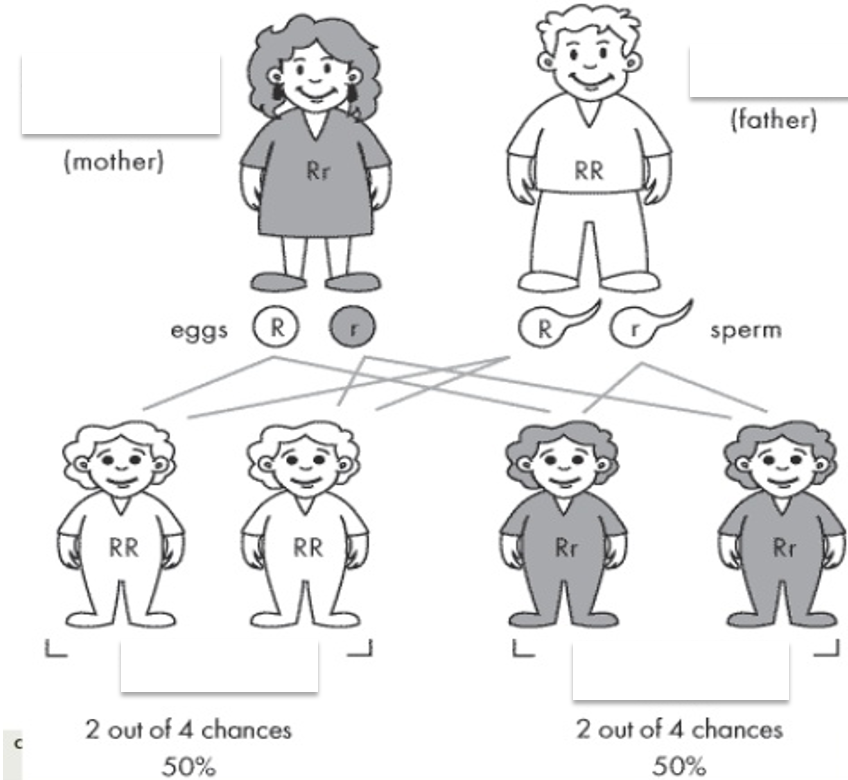 Now there may be two questions:

(a) What is Heredity?

(b) Why do offspring resembles to each other?

The sum of all biological processes that cause transmission of traits from one generation to another is termed as heredity.

Each species has ‘’Individuality” i.e. Each species is recognizable by its certain specific morphological, physiological and behavioral characteristics. 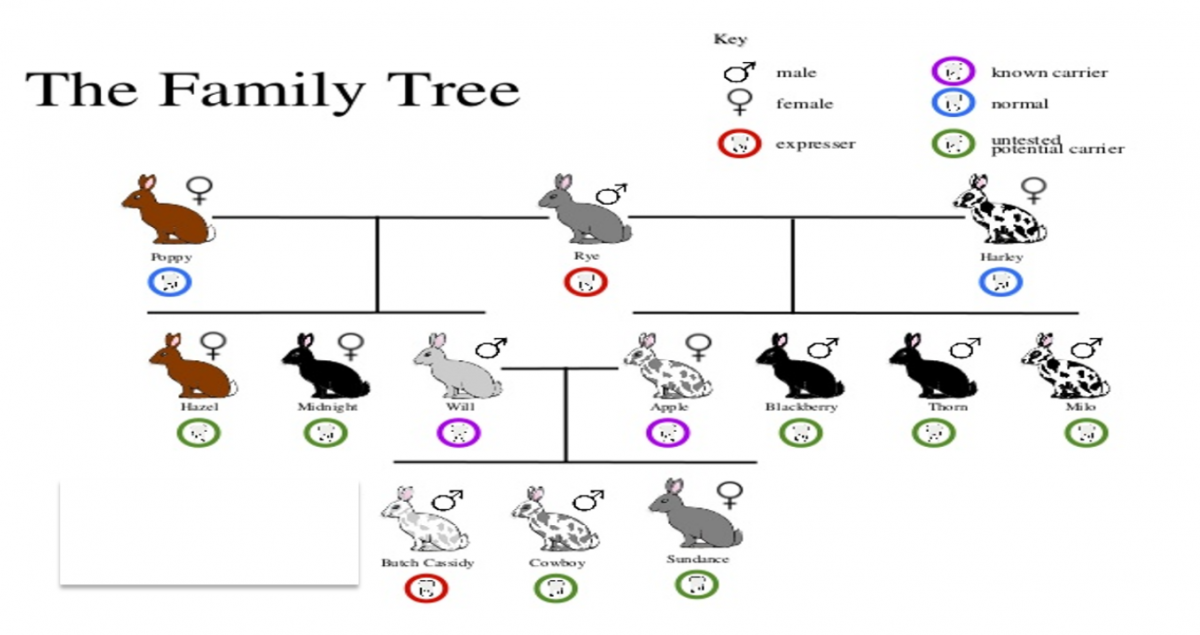 The characteristics which provide individuality to a species are said to cause Variation among the species.

Variations may be of following two kinds:

Hereditary is a word that pertains to heredity.

The variations which are not inherited but are due to the effects of temperature, moisture, food, light or any other environmental factors on the development of the organism are called environmental variations. 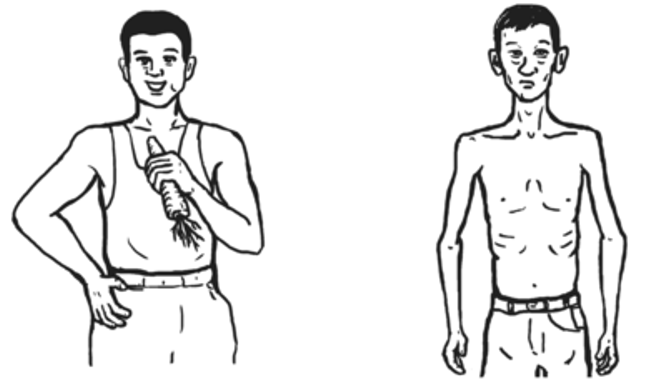 So, the heredity and variations have a significant role in the formation of a new species. i.e. Speciation.

The biological science which deals with the phenomena of heredity (i.e. transmission of traits form one generation to another) and variation and the study of the laws governing similarities and differences between individuals related by descent is called “GENETICS”.

According to old concepts:

Organisms develop by expressing information carried in their hereditary material.  As opposed to “preformation”, the idea that in each sperm (or egg) is a tiny, fully-formed human that merely grows in size.

1859: Charles Darwin publishes The Origin of Species, which describes the theory of evolution by natural selection.  This theory requires heredity to work.

1866: Gregor Mendel publishes Experiments in Plant Hybridization, which lays out the basic theory of genetics.  It is widely ignored until 1900.

(almost) All inheritance is based on DNA: the sequence of ACGT nucleotides encodes all instructions needed to build and maintain an organism.

A chromosome is a single DNA molecule together with other molecules (proteins and RNA) needed to support and read the DNA.

A gene is a specific region of a chromosome that codes for a single polypeptide (linear chain of amino acids).

Proteins are composed of one or more polypeptides, plus in some cases other small helper molecules (co-factors).  Proteins do most of the work of the cell.

After a long discussion we have successfully finished our first topic. Now it’s time for our second topic.

The gene is the basic physical unit of inheritance. Genes are passed from parents to offspring and contain the information needed to specify traits. Genes are arranged, one after another, on structures called chromosomes. A chromosome contains a single, long DNA molecule, only a portion of which corresponds to a single gene. Humans have approximately 20,000 genes arranged on their chromosomes.

The genome is the entire set of genetic instructions found in a cell. In humans, the genome consists of 23 pairs of chromosomes, found in the nucleus, as well as a small chromosome found in the cells’ mitochondria. Each set of 23 chromosomes contains approximately 3.1 billion bases of DNA sequence.

A genotype is an individual’s collection of genes. The term also can refer to the two alleles inherited for a particular gene. The genotype is expressed when the information encoded in the genes’ DNA is used to make protein and RNA molecules. The expression of the genotype contributes to the individual’s observable traits, called the phenotype.

The position of a gene on a chromosome or other chromosome markers; also, the DNA at that position. The use of the term locus is sometimes restricted to main regions of DNA that are expressed. Plural: loci.

Homozygous is a genetic condition where an individual inherits the same alleles for a particular gene from both parents.

Codominance is a relationship between two versions of a gene. Individuals receive one version of a gene, called an allele, from each parent. If the alleles are different, the dominant allele usually will be expressed, while the effect of the other allele, called recessive, is masked. In codominance, however, neither allele is recessive and the phenotypes of both alleles are expressed.

Dominant refers to the relationship between two versions of a gene. Individuals receive two versions of each gene, known as alleles, from each parent. If the alleles of a gene are different, one allele will be expressed; it is the dominant gene. The effect of the other allele, called recessive, is masked.

Recessive is a quality found in the relationship between two versions of a gene. Individuals receive one version of a gene, called an allele, from each parent. If the alleles are different, the dominant allele will be expressed, while the effect of the other allele, called recessive, is masked. In the case of a recessive genetic disorder, an individual must inherit two copies of the mutated allele in order for the disease to be present.

Linkage is the close association of genes or other DNA sequences on the same chromosome. The closer two genes are to each other on the chromosome, the greater the probability that they will be inherited together.

The condition in heterozygous where phenotype is intermediate between the two homozygotes.

The random or independent behavior of genes on different pairs of chromosomes.

The cross between two pairs of contrasting characters is called as dihybrid cross. e.g. TTRR(tal round) X ttrr (dwarf wrinkle)

The cross between two pairs of opposite characters is called as monohybrid cross. e.g. TT(Tall) X tt(dwarf).

A cross between F1 progeny with any one dominant or recessive parent is called as back cross. e.g. TtXTT or Tt or tt.

An individual who has a phenotype similar to that produced by a certain mutant genotype, even though the individual may not have that genotype.

Two or more different pairs of alleles, with a presumed cumulative effect, governing such quantitate traits as size and intelligence.

Originally a gene or locus which suppressed or masked the action of a gene at another locus termed as suppressor or epistatic gene.

Chromosomes occurring in pairs, one derived from each of two parents, normally morphologically alike and bearing the same gene loci. Each member of such a pair is the homolog of the other.

A disturbance in the expected one to one ratio of homologous chromosome at meiosis.

You may think that there are so many terms. How am I supposed to remember all these?

I have a very simple solution. Actually three. You just have to read, read and read.

We have successfully finished our first part. Now all you have to do is to go to our website home page and read the second part.