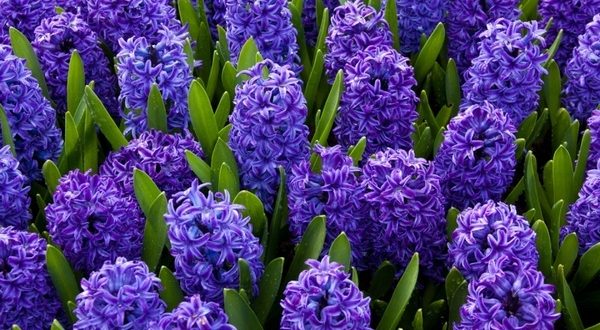 In 1898, Nemec noted that in the petaloid anthers of Hyacinthus orientalis, the pollen grains sometimes form large eight-nucleate structures showing a surprising resemblance to embryo sacs. He believed that they arose as the result of a degeneration of the generative nucleus and three divisions of the vegetative nucleus of the pollen.

This was named as ‘Nemec Phenomenon’ as it was first observed by him.

De Mol (1923) observed this so-called “Nemec-phenomenon” in the anthers of other varieties of Hyacinthus orientalis which had been subjected to certain special conditions in order to obtain early flowering. He attributed the origin of the abnormality to a duplication of the generative nuclei.

Stow (1930, 1934) found similar embryo-sac-like pollen grains or “pollen-embryo sacs” in the anthers of a variety called “La Victor” whose bulbs had been subjected to a temperature of 20°C. at the time of meiosis and were further “forced” in a greenhouse. He traced their development more fully than either Nemec or De Mol.

At first the microspores increase in size to form large sac-like bodies after which the nucleus undergoes three successive divisions to form 8 daughter nuclei. Of these, 3 lie at the end where the exine is still intact, 3 at the opposite end, and 2 in the middle. The 6 nuclei at the two poles organize into cells, while the remaining two fuse in the center. Since the three cells at the exine end were found to remain healthy for a much longer time than those at the opposite end, Stow regards the former as corresponding to the egg and synergids, and the latter to the antipodals.

(2) 4 nuclei forming an egg, two polars, and one antipodal cell.

(3) 4 nuclei forming a polar and three antipodal cells but no egg.

(5) More than 16 nuclei without any definite arrangement.

In conclusion Stow says that all pollen grains are potentially capable of assuming either the male or the female form. Under normal conditions the “male potency” is dominant over the “female potency” leading to the formation of the generative cell and the male gametes; but under abnormal conditions, when there is a release of necrohormones, the female potency gets the upper hand resulting in the formation of embryo-sac-like structures.

Currently in 4th year (Hons) in the Department of Botany, University of Dhaka. Planned to have multiple careers one by one but promised to be with 'Plantlet' as long as it's primary stage remains unfinished. Email: abulaisshomrat@gmail.com. Minimum monthly resolution - Publish (1), Revise (3), Share (5)
Previous Discovery about the Male, Female Gametophytes & Syngamy
Next Female Gametophyte: The Embryo Sac with Its Types