Above all, greatest advantage of plant introduction and acclimatization is this that it is the easiest method of crop improvement in plant breeding.

The disadvantages of plant introduction are associated with the entry into the country of weeds, diseases and pests along with introduced materials. In the past, several such cases have occurred, some of which are briefly described below:

Flag smut of Wheat ( Uracystis tritici) – It was introduced from Australia.

Argemone Mexicana, Eichornia crassipes, Lantana camara L. and Phylaris minor(gehunsa) are among some of the harmful undesirable weeds which also entered our country along with the foreign material and now are widespread over entire country causing a great loss to crops.

Some introduced species may disturb the ecological balance in their new home, and may cause serious damage to the ecosystem. Eucalyptus spp., introduced from Australia, cause a rapid depletion of the subsoil water reserves. Many scientists fear that large scale planting of Eucalyptus spp. In Bangladesh may deplete the subsoil and underground water reserves, which is bound to be detrimental to the ecosystem.

The extensive movements of plants from their centers of origin occurred primarily due to introductions in the prehistoric times. Almost all the countries all over the world have obtained entirely new crops through introduction. Introduced material have been used directly as varieties after selection or used in hybridization programmes. The examples of varieties developed from primary and secondary introductions are too numerous to be listed in toto. Some important examples will be cited to illustrate the achievements of plant introduction. 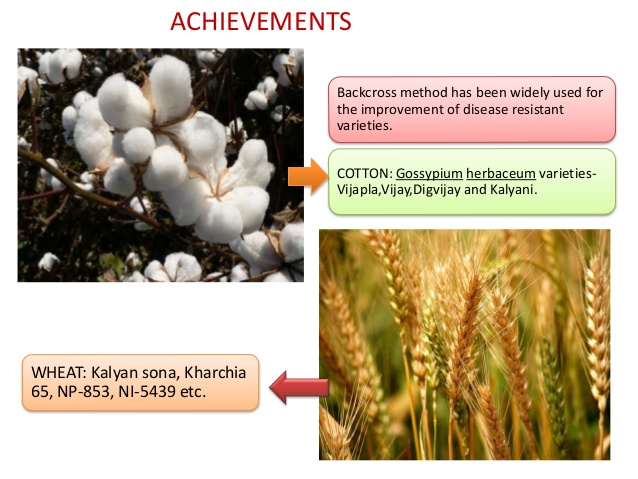 Semidwarf wheat varieties Sonora 64 and Lerma Rojo were released directly for cultivation. TN1 rice was introduced from Taiwan and directly as a variety. Other introduced rice varieties are IR8, IR21 and IR36 from IRRI, Philippines. Other examples include Ridley wheat and kent oat (A. sativa), both from Australia; Bonneville and Early Badger peas; Delcrest and Virginia Glod Tobacco (N. tabacum); Brag, Lee, Clark 63and Hill Davis Soyabeans and Sioux tomato all from USA. Several introductions of vegetables cowpea, cauliflower, onion, lettuce, watermelon, etc. have been released as varieties.

In the year of 1955, the botanical survey of India sent a team to Bomdila, NEFA and later during March-May, 1961, an I.A.R.I. team explored the area between Butwal and Pokhra, and Pokhra and Muktinah in central Nepal. Similar expeditions like six botanists to Russia and specialist of Central Rice Research Institute, Cuttak, to different regions within the country are the notable efforts towards plant introduction. These parties collected valuable living plants and herbarium specimens which are of great significant in crop improvement.

This is an official account of this website. This ID holds articles from two categories. 1. Articles from our non-authors. 2. Articles of the authors whose IDs were deleted.
Previous The Structure Of DNA and RNA
Next Importance And Threats To Biodiversity