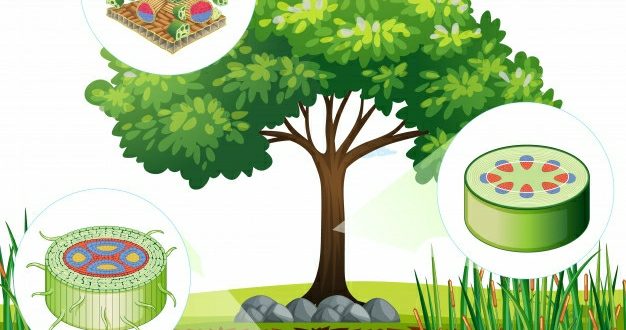 The root of Dicot plants usually consists of Epidermis, Cortex, Endodermis, Pericycle, Vascular bundle, etc. These are described as follows:

The important anatomical characteristics of dicotyledonous roots are as follows:

The innermost distinct layer of the cortex is endodermis.

The layer next to the endodermis is commonly known as pericycle.

The distinctive anatomical characters of monocotyledonous roots are as follows:

In the structure of Monocot Root, the following parts are found:

Leaf, in botany, is any usually flattened green outgrowth from the stem of a vascular plant. Commonly there are two types of leaves.