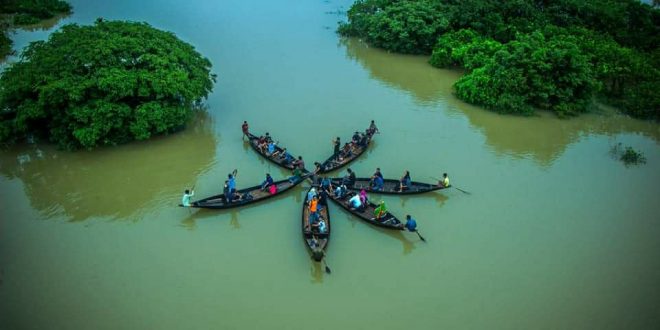 Ratargul Swamp Forest is the only swamp forest located in Bangladesh and one of the few freshwater swamp forests in the world. In the previous article, it’s Geography, Ecosystem & Diversity had been discussed. In this one, some of the beauty enhancer and beneficial trees of Ratargul  will be discussed in detail.

The amazing Ratargul carries an unique floral and faunal composition than other forested areas of Bangladesh. 73 species of plants could be found in this forest till now. Among them, “Koroch tree” is the most common one. Along with Koroch, three more plants will have discussion in this article. Let’s have a look on their scientific as well as local names:

Pongamia pinnata (করচ) is a genus of legume in the fabaceae family. Recently it has been proposed that the genus Pongamia be rejected in favor of the genus Millettia and many species have been reclassified. Due to recent interest in biofuels, Pongamia is often the generic name given for Millettia pinnata, a tree being explored for producing biodiesel.

It is a fast-growing, medium-sized, evergreen or briefly deciduous, glabrous shrub or tree with a broad crown of spreading or drooping branches. It usually grows 15 – 25 metres tall, with a straight or crooked bole 50 – 80 cm or more in diameter.

Rosa involucrata is a special kind of rose. It is an endangered species. Basicaclly A large shrub growing to 6 metres (20 ft) tall and it can grow in swampy areas such as the haors (or beels, jheels) of Bangladesh. White, near white or white blend Species. Moderate, sweet fragrance. Average diameter 3″.

This flower was introduced in United Kingdom by Reginard Whitley in before 1820 as ‘Rosa involucrata’.

R. clinophylla Thory (1817) is native to tropical India, Bangladesh, Myanmar, Laos and Thailand, where it thrives in swampy areas, living partly submerged part of the year. A mountain form grows in Nepal.

Three variants have been recognized: var. clinophylla, var. glabra (smooth and hairless) and var. parvifolia (small-leafed). Some describe the fragrance of the blooms is as acetone

Barringtonia acutangula (হিজল) is a species of Barringtonia native to coastal wetlands in southern Asia and northern Australasia, from Afghanistan east to the Philippines and Queensland. 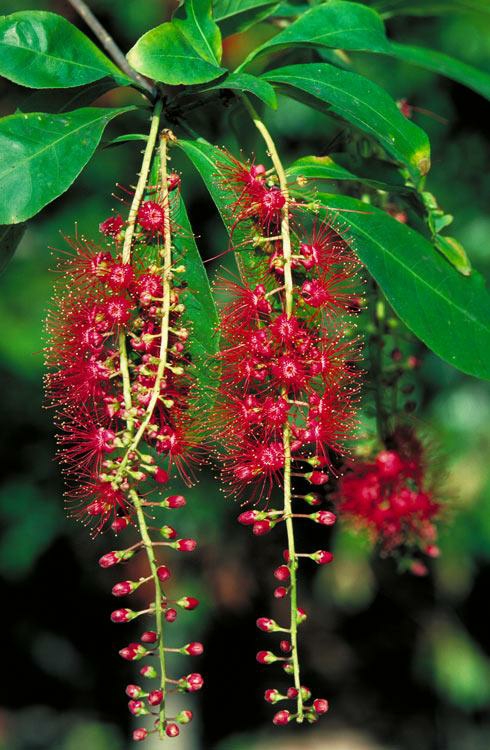 Barringtonia is an evergreen tree of moderate size, called by Sanskrit writers Hijja or Hijjala.This plant is a big tree that grows to about 8–15 m high. Its leaves are thick, smooth and oval in shape. The plant has drooping raceme with numerous large, white flowers. Its fruit is oval-shaped with 1 seed inside.

This plant is a big tree that grows to about 8–15 m high.

2. Flower: The plant has drooping raceme of up to 50 cm long, with numerous large, white flowers.

3. Fruit: Its fruit is oval-shaped and about 3 cm long, with 1 seed inside.

The flowers produce copious nectar and attract bees, who produce a good honey from it.

The heartwood is light pinkish to reddish-grey, or in some cases nearly white towards the outside of the log; it is not distinctly demarcated from the sapwood. Texture is medium to fine, the grain straight, the wood lustrous, with a smooth feel. The wood is light in weight, soft and fairly durable. It is easy to saw, works well by hand and on machine, and finishes to a dull smooth surface. If cut on the quarter it presents a noticeable silver grain, which should be taken advantage of in cabinet work, as it apparently does not warp much if so cut. It is used for boatbuilding, well construction, rice pounders, cabinet work, and carts. The wood turns black if buried in mud.

Crataeva magnum, Crataeva religiosa, C. tapia, and C. nurvala (বরুণ) are sometimes considered to be synonym species. The family name of these species is Capparaceae.

It is a medium-sized, deciduous tree which may reach a height of 50 feet. The bark is smooth and brown while the branches have white patches tinged with purple and yellow.

It prefers a wet soil with a pH of 7, with abundant sunlight. It is found in abundance in Kerela, Madhya Pradesh, Bengal, and Assam.

Varuna is frequently found planted near temples, where it is cultivated for its healing qualitiTree.

1. Leaf: The leaves of the varuna are trifoliate, 8-12 cm long, with oval leaflets.

2. Flowers: The flowers are greenish-white, light yellowish or creamy colored, and are fragrant. The plant flowers in March and fruits in June.

3. Fruits:  The fruits are ovoid berries, 2.5 cm in diameter, resembling a lemon and ripening to a red color.

Varuna bark and root appear to have very little evidence of toxicity when used in normal dosages.

Trees discussed above are the real greeny beauty of Ratargul Swamp Forest. They enhance natural resources as well as environmental potentiality. They’re making the ecosystem developed & livelier. Just like some bless-trees are described here, Some more green magic stories will be discussed in the next article.