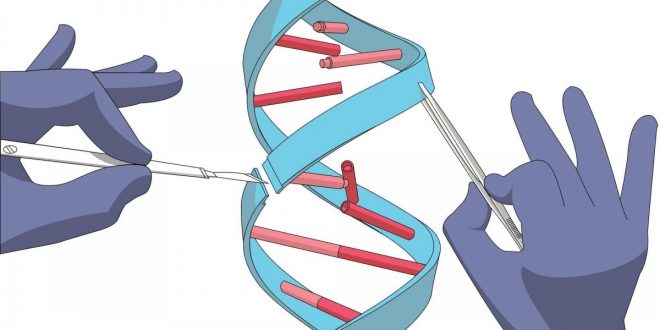 CRISPR Cas9: Plant Breeding is now at the Speed of Light

Plant breeding has been practised for thousands of years, since the rudiments of human civilization. It is now discussed worldwide by government institutions.

Plant breeding is the purposeful manipulation of plant science in order to create desired genotypes and phenotypes for quest. This manipulation involves either controlled pollination, genetic engineering or both followed by a artificial selection for progeny. 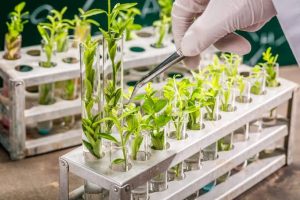 Classical plant breeding was extremely successful in generating high yielding crop varieties. Yet in modern crops, the domestication process impoverished the genetic diversity available for breeding. This is limiting further improvements of elite germplasm by elegant approaches. And also under pressure of rapid population growth, climate change and agricultural pests and diseases, the green evolution with new technologies are required to address and provide novel genetic variations to improve yield, quality and resistance against biotic and abiotic stresses in crop plants.

Already, the most powerful and advanced genome editing system has been discovered, which is known as “CRISPR-Cas9″ system. The CRISPR-Cas9 technology is revolutionizing genome engineering and equipping scientists & breeders with the ability to precisely modify the DNA of crop plants.

As CRISPR-Cas9 technology is the most advanced and impactful for plant breeding, it is necessary for a plant breeder to know about it and how it works.

In this article, a little bit fact about CRISPR CAS-9 technology and how this technology is used on plant breeding will be narrated briefly. 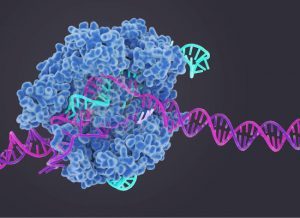 CRISPR stands for Clustererd Regularly Interspace Short Palindromic Repeats which is a family of DNA sequence found in the genome of prokaryotic organisms such as bacteria and archaea.

And Cas9 (or CRISPR associated protien 9) is an enzyme that uses CRISPR sequence as a guide to recognize and cleave specific strands for DNA that are complementary to the CRISPR sequence. Cas9 enzymes together with CRISPR sequences from the basis of a technology known as CRISPR-Cas9 technology that can be used to edit genes within organisms.

CRISPR was first discovered in archaea (later in bacteria) by Francisco Mojica, a scientist at the University of Alicante in Spain. He proposd that CRISPR serve as part of the bacterial immune system, defending against invading viruses. They consists of repeating sequences in genetic code, interrupted by “spacer” sequences (remnants of genetic code from past invaders). The system serves as a genetic memory that helps the cell detect and destroy invaders (called bacteriophase) when they return.

Mojica’s theory was experimentally demonstrated in 2007 by a team of scientists led by Philippe Horvath. It was developed in  June, 2012 by Emmanuelle Charpentier and Jenifer Doudna, University of California, Berkeley.

In January 2013, the Zang lab published the first method to engineer CRISPR to edit the genome in mouse and human cells. CRISPR-Cas9 has received a lot of attention in recent years due to its range of applications including biological research, breeding and development of agricultural crops and animals and human health applications. 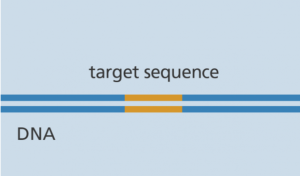 The CRISPR-Cas9 system consists of two key molecules that introduce a change (mutation) into the DNA. These are:

An enzyme called Cas-9. This acts as a pair of “molecular scissor” that can cut the two strands of DNA at a specific location in the genome so that bits of DNA can then be added or removed.

Application and Recent Advances of CRISPR-Cas9 in Plant Breeding

Today, the application of the CRISPR-Cas9 system-based genome editing for crop improvement has already begun its movement despite still being in its infancy. As a matter of fact, there are already numerous publications that reported that this technology has been successfully implemented in a broad range of plant species. (As shown in table)

As the aforementioned plants are successfully genetically modified in the lab but there are actually some of them that are almost readily gainable in the commercial market. These plants may be recent to the market but it is indisputable that they will eventually be susceptible to monopolize the market as they have much more improved traits compared to their relative wild-type plants. As shown in Table-2, most of the plants such as the Wheat and Ranger Russet potato are momentous food staples in many parts of the world and this makes out that the CRISPR-Cas9 system-based genome editing for crop improvement is definitely on its way to revolutionizing the agriculture industry.

TABLE-2: List of CRISPR-Cas9 system-based genome edited plants that are making their way to the commercial market:

With all the studies done so far, it is indisputable that the CRISPR-Cas9 system is on its way to change the pace and courses in the agriculture industry. Perfect plants that have high yield, quality and resistance toward any disease and pests will no longer be impossible with the dawn of this technology. Moreover, CRISPR-Cas9 based gene editing for plants will also be developed to the point where it can be used to replace any defective gene with a normal allele at its natural location. Consequently, all plants will now no longer need to be in danger from any traditional diseases as long as this technique is present and approved for human consumption.

There are still many uncertainities on the usage of plant genome editing. Therefore, in-depth studies are required to ensure this technology will have zero risks while gaining maximum benefits. Besides that, the idea of genome editing might also raise ethical questions from public; these need to be adequately addressed by researches and scientists that are well adept in genome engineering. Educational talk or workshop on genome editing should be given to non-scientists to ensure they understand the basics and benefits of this technology. More or laws and regulations will also be required for the implementation to ensure CRISPR-Cas9 system is well understood and regulated, it will be feasible for the application of this technology to be the maximized to its fullest potential to achieve previously envisioned  ideas in plant science.

To recapitulate, we can utter with one voice that CRISPR-Cas9 technology is apparently a benison for plant breeding.

This is an official account of this website. This ID holds articles from two categories. 1. Articles from our non-authors. 2. Articles of the authors whose IDs were deleted.
Previous The Age of Bacteria
Next Ratargul Swamp Forest: The Green Mystery & Discussion Of Plants (Part 2)