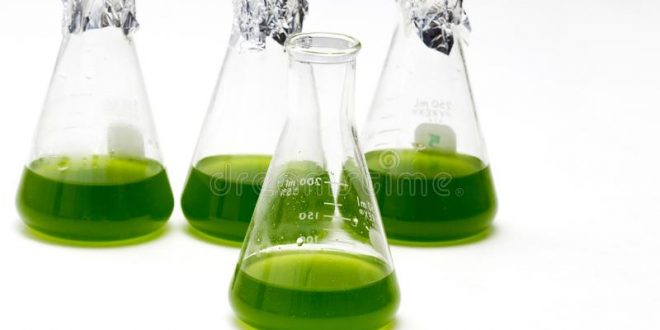 Culture of algae in laboratory is not only important for knowing the details of the external morphology and reproduction in a particular algae or algal group, it is equally important to know the details of algal life-histories, taxonomy, physiology, biochemistry, genetics and also its ultra-structure. Most of  the development in this field have taken place mainly during the last 45 years.

For instructions in the laboratory, the algal cultures, should either be started from the fresh collections from the field or may also be procured from some ‘culture-supplying agencies’ of the world. The first step for the laboratory culture, therefore, is the isolation of the required material. Under isolation may be isolated single cells, colonies, filaments or fragments. The second step is to transfer the isolated material into a suitable culture medium.

Advancement in the knowledge of algae whether of their biochemistry, genetics or role in the natural environment depends largely on the use of cultures. The organisms that grow and multiply in a special nutrient medium which is called culture medium.

Bold and Wynne (1978) have summarized the following kinds of cultures:

A culture obtained from one single cell or fragment of an individual is called a clonal culture. It is used to conduct experiments in genetic homogeneity.

A culture obtained from one strain of an algal species, separated from all other strains, species or other living organisms (protozoa, bacteria or some fungi) is called axenic culture or pure culture.

A culture obtained from one strain or species of an alga is called unialgal culture. In such cultures other living organisms (protozoa, bacteria or fungi) may also be present.

Some other cultures of algae

A close system culture of algae in which there will be no supply or withdrawal of culture medium and biomass into or out of the culture vessel. In this type of culture the amount of medium and inoculum are known and specific.

The continuous culture method is a culture in which a supply of fertilized water (water containing all the necessary nutrients and environments for algal growth) is continuously pumped into a growth chamber and the excess culture is simultaneously washed out. This culture is very helpful to bring out desired amount algae after a definite interval from time to time from the culture. That’s why it is called continuous culture.

The semi-continuous technique prolongs the use of large tank cultures by partial periodic harvesting followed immediately by topping up to the original volume and supplementing with nutrients to achieve the original level of enrichment. The culture is grown up again, partially harvested, etc. Semi-continuous cultures may be indoors or outdoors, but usually their duration is unpredictable. Competitors, predators and/or contaminants and metabolites eventually build up, rendering the culture unsuitable for further use. FAO

The most important parameters regulating algal growth are nutrient quantity and quality, light, pH, turbulence, salinity and temperature. The most optimal parameters as well as the tolerated ranges are species specific. A broader generalization of these optimal conditions is given below in the form of a table.

S. P. Chu (1942), a Professor in Department of Botany, Queen Mary College, University of London suggested the use of following medium for culturing many algae, especially Myxophyceae (i.e. cyanobacteria).

Currently in 4th year (Hons) in the Department of Botany, University of Dhaka. Planned to have multiple careers one by one but promised to be with 'Plantlet' as long as it's primary stage remains unfinished. Email: abulaisshomrat@gmail.com. Minimum monthly resolution - Publish (1), Revise (3), Share (5)
Previous Phycological Research in Bangladesh
Next Phases of Growth in Batch Culture