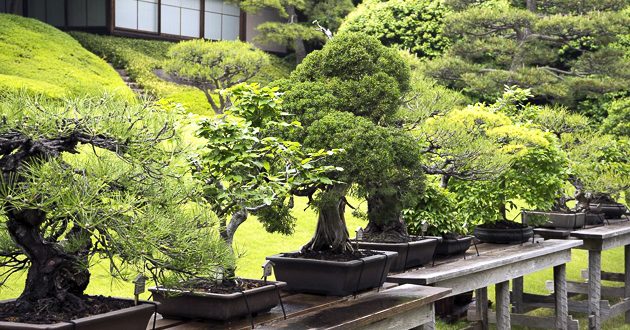 Bonsai : An Art Of Miniaturizing Trees

History And Origin Of Bonsai

Although the word ‘Bon-sai’ is Japanese, the art is mainly originated in the Chinese empire. By the year 700 AD the Chinese had started the art of ‘pun-tsai’ in order  to grow dwarf trees in containers using various techniques. Actually only the elite society practiced pun-tsai with their native-collected specimens and those trees where spread throughout China as a very luxurious gifts. During the Kamakura period, the art of growing trees in containers was introduced into Japan. The Japanese developed Bonsai with the influence of Zen Buddhism.In that time well-known techniques, styles and tools were developed in Japan from Chinese originals. Although the art is known to a limited extent outside Asia for three centuries, Bonsai has truly been spread outside its homelands very recently.

In the very early time bonsai is created with a specimen of source material. This can be a seedlings, cutting or small sized tree of a species that is suitable for bonsai development. Bonsai can also be created from any type of perennial woody-stem trees that have true branches and can be cultivated to have miniaturized size through suitable pot confinement with root pruning.

Some species have much popularity as bonsai material because they have  the characteristics , such as small leaves or needles, that can make them appropriate for bonsai development. The source specimen is shaped to have small size and to meet the aesthetic standards of bonsai.

1.Selection of the suitable species  for th