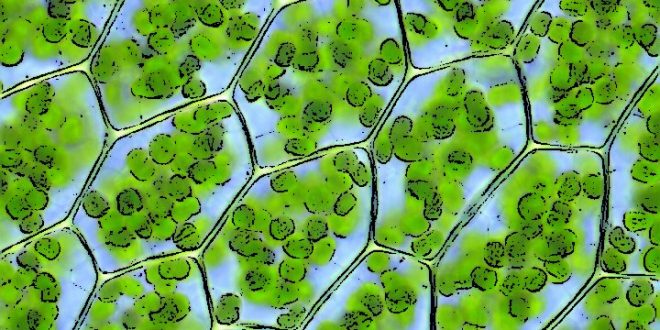 Algae is a heterogenous group of organisms containing members having chlorphyll ‘a’ as their primary photosynthetic pigments. These green chlorophyll molecules along with some accessory pigments are contained generally in a membrane bound packet like structure called chloroplast within the algal body. In some members, chloroplast is absent though; such as: the members of Cyanophyceae and Prochlorophyceae because they are prokaryotic. The rest of the algal members contain chloroplast because they are eukaryotic.

Thylakoids are invascicular (membrane-bound) structure. They consist of thylakoid membrane surrounding a thylakoid lumen. They are the site of the light-dependent reactions of photosynthesis.

What is endosymbiotic theory?

Life arose on earth around four billion years ago. Since then, a huge number of organisms have dwelt this earth of whom many are extinct and some are extant now. These whole array of organisms can be generalized into two groups named prokaryotes and eukaryotes. The eukaryotes are quite complex. They have many intracellular organelles surrounded by membranes which the prokaryotes are deprived of.

After the association was successful, the evolutionary selection caused the cell wall of the cyanobacterium to be lost or digested by the cellulose digestive enzyme of the protozoan. As a result, two membrane structure is found which resembles the structure of thylakoid. It contains DNA. And this structure can be assumed the simplest type of chloroplast.

Evidence for this is based on the following:

Currently in 4th year (Hons) in the Department of Botany, University of Dhaka. Planned to have multiple careers one by one but promised to be with 'Plantlet' as long as it's primary stage remains unfinished. Email: abulaisshomrat@gmail.com. Minimum monthly resolution - Publish (1), Revise (3), Share (5)
Previous Growth Pattern in Algae
Next Role of Algae in different industry

I won’t describe how much I benefited by this article. Especially 5th and 6th para helped me a lot. Thanks.

Good to hear that. Let me know if anything could be adjusted, changed or included here.