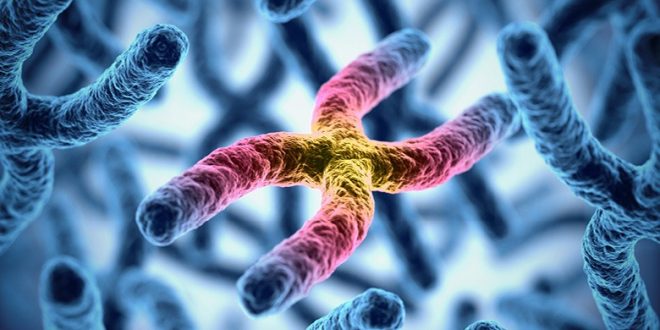 Taxonomy – is the branch of biology that deals with identification, nomenclature and classification of an object.

A wonderful story is given here to have a postmortem of cytotaxonomy.

“Once upon a time, during the early decades of the 20th century, a famous old man, Sir Taxonomy, casually met a nice lady called Cytogenetics. They fell in love immediately, as they were meant for each other. They married and soon had a son, named Cytotaxonomy . Since the beginning, he stood out as a prodigious boy and had an extreme ability to discover the relationship between related species, Sir Taxonomy proud of his clever and fashionable young son sent him around the world, but it was in the United States that he became a strong and lovely boy. From there, he travelled to many other countries across the world. People from very different nations, from France to India, from Austria to Brazil, listened to him with great interest and respect”.

Since the early days of cytotaxonomy and up until today, chromosome number has been the most common karyotype character employed.

Chromosome numbers of angiosperms published in “Index to  Plant Chromosome Numbers”-issued by International Association  of Plan Taxonomists (IAPT).
If we look at the constant number of chromosomes of a species we can cite Onion (Allium cepa) as one of the best example. In Onion, hundreds of thousands of root tips analyzed around the world always display 2n=16 and very similar individual chromosomes.

However, in some case the number of a species can vary and this variation might be due to the following reasons:

It is most important that voucher specimens of the plants used for cytological study are deposited in herbaria where their identity and characteristics can be checked by future workers.

Chromosome numbers are frequently proved useful within the family at tribal and generic level, and to solve taxonomic problems.

1. In case of the family Ranunculaceae most genera with x = 8 but some genera with x =7 segregated into separate tribe. In fact one other genus has X=9 and another x = 13, and in present classifications these two are often placed in separate monogenetic tribes.

2. On the basis of chromosome size and basic chromosome number (x = 5) the Paeonia has been separated from the family Ranunculaceae and placed under the family Paeonaceae.

3. In the Poaceae, different subfamilies. tribes and genera can be characterized to varying extents by their base numbers. For example the primitive subfamily Bambusoideae has x = 12, while the subfamily Pooideae has mostly x = 7.

4. In case of Asteracec, some unidentified genera have been placed under different tribes based on basic chromosome number.

Genus level and below

Interspecific variation in chromosome numbers has proved to be one of the richest sources of cytological data of value to taxonomists. At genus level and below karyotype information is much more effective because in this case the number of taxa is not so many and therefore data could be analyzed easily.

1. The genus Crepis is one of the best example at genus level. Based on chromosome number, their size and shape Crepis has been distinguished from its closely relatedg genera Cymboseries and Youngia.

2. In the grass genus Vulpia diploids (2n = 14), tetraploids (2n = 28) and hexaploids (2n= 42) occur. The genus is divided into 5 sections of which three contains only diploids, one (Monachne) contains diplods and retraploids, and the other (Vulpia) has all three levels of ploidy (ie, diploid. tetraploids and hexaploids). In section Monachne there are only 3 species, 2 diploids and I tetraploid, and one of the diploids and the tetraploid resemble each other very closely, so that in the past they often been considered as a single species. The diploid and telraploid do, however, differ in the pattern of ovary pubescence and since they also show different ecological preferences and geographical distribution, it is considered better to recognize them as distinct species.

Chromosome number also helps to identity species. This can be explained by the following examples:

So it can be said that species can be identified by determining the chromosome numbers even in absence of morphological characteristics.

Chromosome structure  and Chromosome behaviour of Cytotaxonomy will be described in another article.

This is an official account of this website. This ID holds articles from two categories. 1. Articles from our non-authors. 2. Articles of the authors whose IDs were deleted.
Previous Translation: mRNA to Protein
Next Replication in Circular DNA: Theta Model