The latest revision was published in the 2nd edition in 1988 in “The Evolution and Classification of Flowering Plants”. Ne discussed a wide range of characteristics important to phylogenetic system. He also provided synoptic keys designed to bring the taxa in an appropriate alignment He also represented his classification in charts to show the relationships of the orders within the various subclasses. His system is more or less parallel to Takhtajan’s system. but differs in details.

He considered that the Pteridosperms i.e., the seed ferns as probable ancestors of angiosperm.

On the other hand, the class Liliopsida has been divided into 4 subclasses and 18 orders, of which Alismatales is the primitive and Orchidales is the advanced taxa. The class Magnoliopsida consists of 291 families and Liliopsida with 61 families. 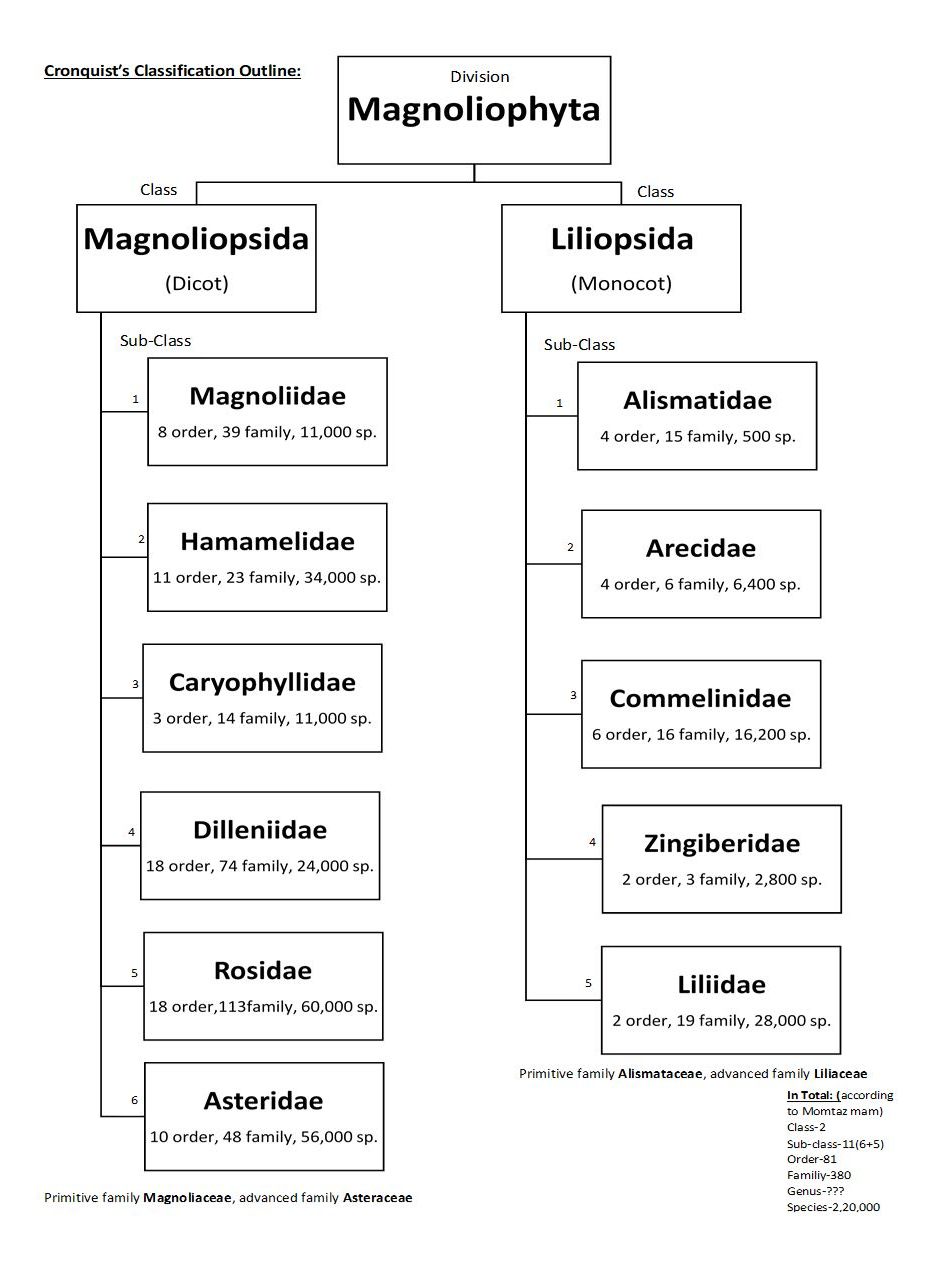 Currently in 4th year (Hons) in the Department of Botany, University of Dhaka. Planned to have multiple careers one by one but promised to be with 'Plantlet' as long as it's primary stage remains unfinished. Email: abulaisshomrat@gmail.com. Minimum monthly resolution - Publish (1), Revise (3), Share (5)
Previous Phylogenetic Classification of John Hutchinson
Next Genetic Code

thanks a lot for information