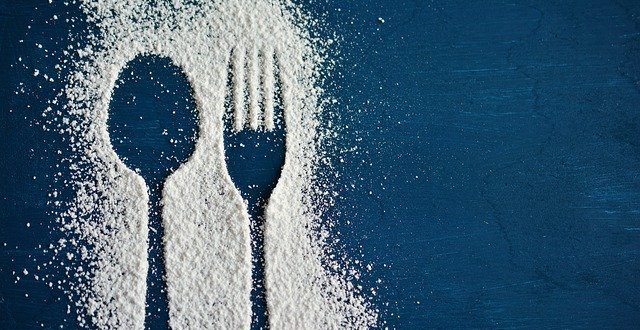 Glycosidic bond is a covalent chemical bond that holds together a glycoside. A glycoside is simply a ring-shaped sugar molecule that is attached to another molecule with an -OR group.

Sucrose, being a disaccharide, is composed of two sugar units, a glucose and a fructose, linked by a glycosidic bond. It is also known as cane sugar, table sugar or beet sugar.

In the sucrose molecule, two rings are present

Sucrose, in a nutshell 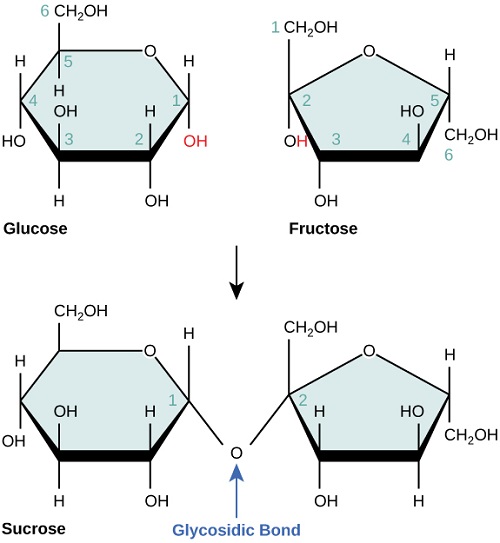 (Here, fructose is inverted to bring the 2-C near the 1-C of the glucose to form a glycosidic bond)

Lactose, in a nutshell

(Here, no inversion of any molecule is required.)

Currently in 4th year (Hons) in the Department of Botany, University of Dhaka. Planned to have multiple careers one by one but promised to be with 'Plantlet' as long as it's primary stage remains unfinished. Email: abulaisshomrat@gmail.com. Minimum monthly resolution - Publish (1), Revise (3), Share (5)
Previous Introduction to Protein: Characteristics with Structures
Next Polysaccharides: The Long Chain of Simple Sugars