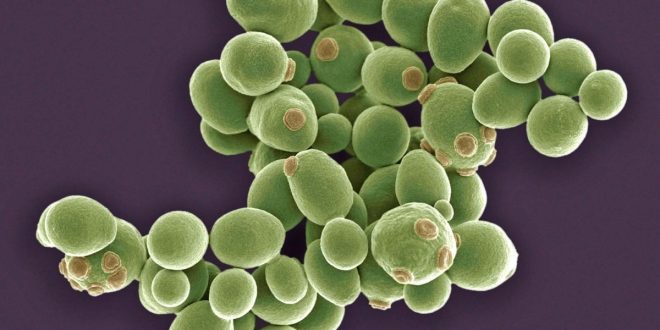 Endomycetales is an order of ascomycetous fungi having ascus (pl. asci) developing from a zygote or single cell. One of the families of Endomycetales is Saccharomycetaceae and the members of this family are commonly known as Yeasts.

Yeast is a unicellular ascomycete that reproduces by budding or fission. Now a days, the term Yeast has no taxonomic standing and simply denotes a growth form. Interestingly, some other groups of fungi are known for the presence of yeast stages in their life cycles, while others are characterized by their absence.

Some zygomycetes, ascomycetes and basidiomycetes may be dimorphic and shift from mycelial growth to yeast-like growth under certain environmental conditions.

So, to distinguish, the members of Saccharomycetaceae are called ‘True Yeast’ or simply ‘Yeast’.

Yeast supplements were used during Second World War in Germany.

S. cerevisiae is an example of a species that may have both haploid and diploid budding stages. It is heterothallic, with two different types of ascospores. Among 4 ascospores produced, two are of one mating type (named a) and two of different mating types (named α).

The ascospores upon release from the asci produce buds and thus increase their number. After a while, two types of ascospores copulate with each other and produce a zygote following plasmogamy first and karyogamy later.

The zygote then begins to buds and several generations of diploid cells ensue before the ascospore formation commences.

Currently in 4th year (Hons) in the Department of Botany, University of Dhaka. Planned to have multiple careers one by one but promised to be with 'Plantlet' as long as it's primary stage remains unfinished. Email: abulaisshomrat@gmail.com. Minimum monthly resolution - Publish (1), Revise (3), Share (5)
Previous Basidiomycetes: Characteristics & Classification
Next Eurotiales: Perfect & Imperfect Stages of Aspergilli & Penicilli