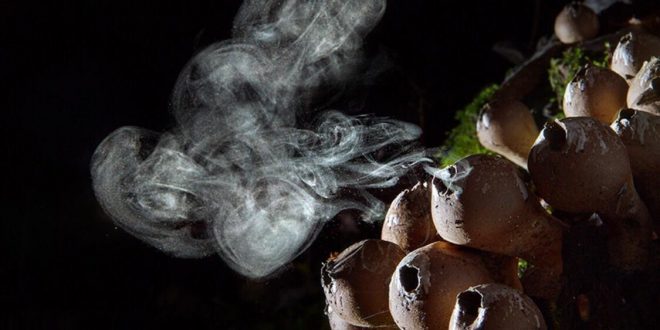 The fungi comprising the phylum Basidiomycota commonly are known as basidiomycetes. It is a large phylum that includes forms commonly known as mushrooms, boletes, puffballs, earthstars, stinkhorns, birds-nest fungi, jelly fungi, bracket or shelf fungi, and rust and smut fungi.

The mycelium of most basidiomycetes passes through three distinct stages of development: the primary, the secondary, and the tertiary – before the fungus completes its life cycle.

The basidiomycetes is an important group of fungi including harmful as well as many useful species. It has edible mushrooms in one side and poisonous mushrooms, smut fungi etc on other side.

Rust and smut fungi are two groups of parasites causing plant diseases that destroy many millions of dollars worth of crops annually. Examples of such disease include:

Many others attack a large variety of food and ornamental plants. Several others are responsible for damaging forest and shade trees. Example

Many other basidiomycetes are directly responsible for the destruction of a wide variety  of wood products including lumber, railroad ties, landscape timbers and utility poles. Some examples of wood rotting fungi which grow on old furniture are:

Basidiomycetes that attack dead woody plants are the principal agents that decay cellulose and lignin are the essential components of forest ecosystems. Some of these same organisms are used as biological pulping and bleaching agents in pulp and paper production and in the removal of toxic substances from the environment.

Other basidiomycetes are important as mycorrhizal species in forest ecosystems.

The cultivation of mushroom has developed all over the globe and is increasing exponentially. Some of the edible mushrooms commercially grown include:

Basidiomycetes are well known for their production of a wide variety of interesting secondary products noted for their scents, tastes, colors and toxic properties. Even in the past, many mycologists have used odors of basidiocarps of some species as an aid to identification.

Currently in 4th year (Hons) in the Department of Botany, University of Dhaka. Planned to have multiple careers one by one but promised to be with 'Plantlet' as long as it's primary stage remains unfinished. Email: abulaisshomrat@gmail.com. Minimum monthly resolution - Publish (1), Revise (3), Share (5)
Previous Ascomycetes: An Introduction to the Sac Fungi
Next Endomycetales with Emphasis on Saccharomycetaceae