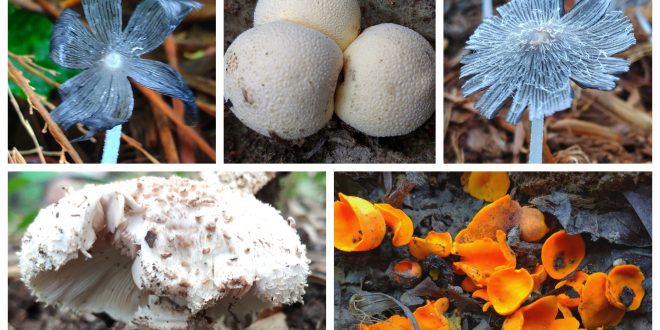 Currently, over 1.5 million species of fungi have been identified in different environments across the globe. Satisfactory environment for fungi is humidity, warmth, organic food rich shade or dark conditions.

Mycology is the study of fungi. The word “Mycology” is improperly coined term. In accordance with the principles of Greek grammar, the correct word is mycetology, in as much as the combining form of mykes is myceto.

Pier’ Antonio Micheli-“Father” or founder of modern mycology; An Italian botanist, included his studies on fungi in Nova Plantarum Genera, published in 1729.

Not all “fungi” are members of the Kingdom Fungi. Fungi are polyphyletic organisms, i.e. more than one origin that the organisms traditionally referred to as fungi are not all closely related. Some characters and investigators have separated the Fungi (=the kingdom Fungi or Eumycota) from fungi to specify the term “Fungi” with a capital F specifically for the so-called true fungi that appear to be related to one another.

1. Thallus unicellular (yeast) and/or filamentous (dimorphic = both) or else amoeboid/plasmodial.

A naked multinucleate mass of protoplasm that moves and feeds in an amoeboid fashion such as the somatic phase called plasmodium.

The mass of interwoven filamentous, branched structure (hyphae) that form the thallus of fungi or some bacteria (Streptomycelium) is called mycelium.

2. Limited tissue differentiation and limited division of labor. A number of hypha forms the mycelium and a number of mycellium forms the thallus. A thallus can be septate or coenocytic.

The role fungi play in their immediate environment is governed by what extracellular enzymes they can produce.

8. Sexuality: Sexual and/ or asexual reproduction, mono- or dioecious, homo- and heterothallic, Parasexuality.

Animals, plants, and fungi are the three major multicellular groups of the domain Eukaryota. Eukaryotes are organisms with complex cells. Many fungi are superficially plant-like organisms. They grow visible structures that resemble plants or plant parts. The study of cladistics, however, results in a phylogeny tree in which fungi are more closely related to animals than to plants. In other words, animals have a more recent common ancestor with fungi than with plants.

A girl with a lot of dreams to accomplish and make her parents proud. Currently studying in 1st year of B.Sc in University of Dhaka. Want to walk with Plantlet a long way. Interested with debate, music, photography and poem recitation. Email: syedanusratbd@gmail.com Minimum Monthly resolution: Publish (1), Revise(1), Share (1)
Previous Importance of Fungi: Medicine, Agriculture & Industry
Next Bacteria: Introduction and Size

Informative one. I have changed some informations. Like what is plasmodium. Do check the article and if you didn’t like the changes you can change again <3<3