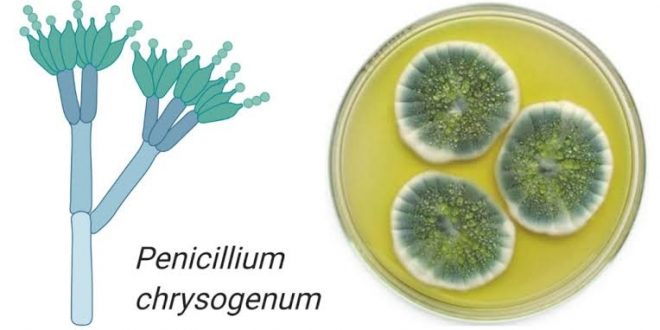 We usually think of fungi as organisms that cause diseases and rot food. But fungi are important to human life in many ways. The manifestations of this group of organisms have been known for thousands of years. Since the first toast was proposed over a shell full of wine and the first loaf of leavened bread was baked. So, what are the beneficial roles of fungi in human life?

There are a lot of aspects where fungi play important roles. They are also essential to many household and industrial processes. Notably in the making of bread, wine, beer, and certain cheeses, penicillin, and so on.

Many gourmets and medicinal types of mushrooms are now commercially cultivated.

Mushrooms are a low-calorie food usually eaten cooked or raw and as a garnish to a meal. Dietary mushrooms are a good source of vitamin B. Such as riboflavin, niacin, and pantothenic acid. Also some essential minerals- selenium, copper, and potassium. They also have fat and carbohydrates. But there is an absence of vitamin C and sodium. In terms of the amount of crude protein, mushrooms rank below animal meats, but well above most other foods, including milk, which is an animal product. Furthermore, mushroom protein contains all the nine essential amino acids required by man.

It contains natural ergosterols which produce vitamin D2 when exposed to ultraviolet light. However, a process is now exploited for the functional food retail market.

Nowadays many fungal enzymes are being used in food processing industries and their impact is going to be felt much more in the upcoming years.

The wonderful texture of the bread is created by the yeast Saccharomyces cerevisiae, which ferments a small amount of sugars and liberates bubbles of carbon dioxide that become trapped in the dough and leave it.

Different species of Saccharomyces such as S. cerevisiae, S. pastorianus, S. eubayanus are used to ferment barley and grapes and produce Beer and Wine.

The fungi Penicillium roquefortii grows throughout the curd, assisted to some extent by holes punched in the substrate by the cheesemaker. The color of the blue-green veins that develop is due to the presence of innumerable conidia of the fungi.

Ripened by Penicillium camembertii. These moulds form a dense white mycelial mat outside of the cheese. It gives the cheese a wonderfully smooth, soft, almost buttery consistency. The interior of a really ripe Camembert will have a viscous, almost fluid texture, and may ooze gently when cut.

Chocolate is made from the beans of a small tree, Theobroma cacao. Cacao beans are fermented over a period of 5-6 days. This is done by a diverse array of apparently naturally occurring yeasts (29 species belonging to 11 genera have been isolated).

The most frequently isolated taxa are Saccharomyces chevalieri, Pichia membranaefaciens, Candida krusei, Torulopsis holmii, and Torulopsis candida. During this fermentation, the beans develop the brown color we all recognize.

Primary and secondary metabolic products of fungi are antibiotics, organic acids, vitamins, enzymes, and alkaloids. The industrial fermentation process is for Penicillin production.

In 1927, Sir Alexander Fleming was growing pure colonies of  Staphylococcus aureus (Gram-positive) on plates of culture medium when one of the plates became contaminated by a mould.

A wide clear zone around the fungal colony showed Fleming that something was diffusing out from the mould and killing or inhibiting the bacteria. He isolated the mould and found that it was a species of Penicillium, P. notatum (now known as P. chrysogenum). So, Fleming named the unknown substance penicillin and brought it to the attention of other scientists.

In March of 1942, Anne Sheafe Miller Suffering from Streptococcus infection. Anne was lucky. Because she was the right patient in the right place at the right time. Though penicillin was discovered in 1929, it didn’t save a life until 1942 (13 years later). After the Pearl Harbour disaster in World War II, the Rockefeller Foundation set up collaboration among British and American scientists, biochemists, mycologists, and pathologists in Government research institutes, Universities, and Industry. Mass production of penicillin was started.

In 1945 Fleming, together with Florey and Chain, shared a Nobel Prize. Because of the involvement in the isolation and characterization of penicillin and its testing as a therapeutic agent.

An important antifungal antibiotic, griseofulvin, was derived from Penicillium griseofulvum. It was described as early as 1936. but It came to use only during the 1950s. They were used as a systemic fungicide against plant pathogenic fungi. Also, they were taken orally in doses up to a gram per day to combat recalcitrant dermatophyte infections (tineas).

Swiss pharmaceutical company Sandoz routinely collected soil samples for microbiological analysis. In 1970 a soil sample collected in Norway yielded a culture of Tolypocladium inflatum (now called Tolypocladium niveum). It was found to produce a novel cyclopeptide with some interesting antifungal activity. Cyclosporine proved effective against rheumatoid arthritis since the chronic inflammation in that condition was immune-mediated.  It is an effective immuno suppressant.

Citric acid is used in foods and soft drinks. Also used in cosmetics and leather manufacture. It is produced on an industrial scale by Aspergillus niger. It is a major industrial fungal fermentation product after ethanol. Fumaric acid, used in making wetting agents and alkyd resins, is produced by Rhizopus nigricans. Gibberellic acid, derived from Fusarium moniliforme, is a plant growth hormone.

Riboflavin (vitamin B2), produced by Eremothecium ashbyi, is a vitamin supplement.

Fungi secrete (that is, produce and release) a variety of enzymes into their surroundings. They do this in order to digest food or to dissolve their way through solid substrates. Fungal enzymes that have been industrially exploited are as follows:

i. Fungus in soil

(members of Ascomycetous and Basidiomycetous fungi )

Nitrogen and carbon recycling in agriculture and forestation.

(Myco= fungus; Rhizon= root). It is a mutualistic relationship between the roots of vascular plants and fungi. Fungi help plants in uptake nutrients from soil and plant share their photosynthetic product with fungi.

Mycorrhizal fungi help in the mobilization of soil phosphorus and nitrogen into plants. For many cases, the establishment of a new forest becomes difficult unless mycorrhizal fungi are artificially introduced into soil by inoculation.

Some rhizosphere fungi develop mutually beneficial relationships. They are able to promote plant growth upon root colonization. They are functionally designated as ‘plant-growth-promoting-fungi’ (PGPF). PGPF are non-pathogenic, soil-inhabiting saprophytes. They have been reported beneficial to several crop plants not only by promoting their growth but also by protecting them from diseases.

ii. Fungi as a biofertilizer potential:

Application of Trichoderma hamatum or Trichoderma koningii has been reported to result in nearly 300% plant yield increase in some greenhouse experiments. Trichoderma harzianum T22 has been shown to increase root development in maize and other plants. And this may last for the entire lifespan of annual plants and can be induced by adding small amounts of fungal conidia to seeds. Such addition can result in an increased yield and biomass, as well as increased drought tolerance.

Chemical pesticides are often very toxic to many non-target organisms, including the natural enemies of the pests and also to humans. The elimination of natural enemies may allow outbreaks of secondary pests, and rapid resurgence of the target species, once the pesticide loses its activity.

Control of arthropod or other invertebrate pests by fungi.

1. Boverin: Beauveria bassiana (Hyphomycetes). Conidia of the fungus are now mass-produced as a preparation called Boverin. And have been used in Russia since 1965 to control the Colorado potato beetle (Leptinotarsa: Coleoptera).

2. GreenGuard / Green Muscle: Metarhizium anisopliae is also now used for biocontrol of locusts and grasshoppers in Australia.  It is produced by Australian Seed Inoculants Pyt. Ltd. under the trade name ‘GreenGuard’.

Fungi in Biocontrol of Other Fungi.

Trichoderma viride parasitizes the hyphae of many other fungi and produces an antibiotic. This double-barreled approach allows it to deal effectively with soil pathogens. Such as Rhizoctonia solani that causes a variety of diseases on many hosts. and Armillaria mellea, which kills many species of trees.

Nanoparticles are metal particles smaller than 100 nm that can be synthesized in numerous shapes (e.g. spherical, triangular, rods) from various metal ions. Nanoparticles have many different applications and are used in a number of fields. Including medicine, pharmacology, environmental monitoring, and electronics (Liu, 2006).

Myco-nanotechnology (myco = fungi; nanotechnology = the creation and exploitation of materials in the size range of 1–100 nm.) Fungi have a number of advantages for nanoparticle synthesis compared with other organisms. Particularly as they are relatively easy to isolate and culture, and secrete large amounts of extracellular enzymes (Mandal et al., 2006). Many of the proteins secreted by fungi are capable of hydrolyzing metal ions quickly and through non-hazardous processes. As a result, fungi have the potential to produce nanoparticles faster than some chemical synthesis methods.

A girl with a lot of dreams to accomplish and make her parents proud. Currently studying in 1st year of B.Sc in University of Dhaka. Want to walk with Plantlet a long way. Interested with debate, music, photography and poem recitation. Email: syedanusratbd@gmail.com Minimum Monthly resolution: Publish (1), Revise(1), Share (1)
Previous 10 Most Harmful effects of Fungi on Plant, Food & Humans
Next Fungi: A Kingdom of Achlorophyllous Eukaryotes