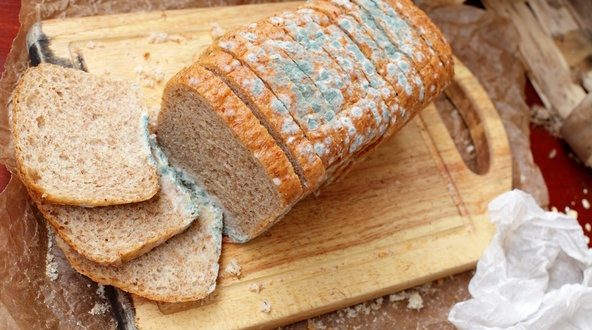 10 Most Harmful effects of Fungi on Plant, Food & Humans

Fungi are important to human life in many ways. In medicine they yield antibiotics, in agriculture maintain soil fertility, in regular life consumed as food, and most importantly form the basis of many industrial processes.

To know more about the importance of fungi, check below linked article.

Though fungi are essential to many household and industrial processes,  they are detrimental or harmful in many ways. Because of their pathogenic capability they cause serious economic losses several times.

So, what are the harmful effects of fungi?

In this article I would explain how fungi have been detrimentally associated with our lives in plant, food and human aspects.

Harmful effect of Fungi on plants

Some fungi penetrate the plant and decompose the living tissue, creating a weakened, nutrient deficient plant, or death.

i. Wood stains: Most forms of decay and stain in timber are caused by fungi. The wood may take different shades of blue, black and brown.

ii. Cereals and nuts: Rice, often moulded by species of  Aspergillus or Penicillium; and rice stained yellow by P. citrinum, P. islandicum and P. citreoviride often contains mycotoxins. Corn and winter wheat in the field are threatened by Fusarium graminearum, the source of vomitoxin.

Wheat in storage is sometimes spoiled by members of the Aspergillus glaucus series, by A. candidus, A. flavus, A. ochraceus, and by some penicillia. Some field moulds are notorious mycotoxin producers Fusarium spp. produce zearalenone, T-2 toxin and vomitoxin. Some storage moulds that attack grain and nuts are equally infamous- Aspergillus flavus and A. parasiticus produce aflatoxins.

They are poisonous, not only to wild and domestic herbivores that ingest them while grazing, but also to humans who eat rye bread contaminated with sclerotia.

iv. Furanoterpenoids: Mouldy Sweet Potato Toxicosis Cattle fed sweet potatoes affected by Fusarium solani storage rot develop acute symptoms of respiratory distress, and may die (in New Guinea). The disease affects only the lungs, which become swollen and congested, with scattered haemorrhages. It has been found that 4 furanoterpenoids toxins are responsible for this condition.

Harmful effect of Fungi on food

Food become unappealing only when fruiting of fungi are seen on the surface. High sugar foods, vegetables, fruits, meat, fish, eggs, milk and milk products etc. are the victim of fungal infections.

People of Lin Xian in China preferred the spicy taste of mouldy bread, but this produced Oesophageal cancer in 25% of the population. The commonest moulds on bread are: Rhizopus stolonifer, with black pinhead sporangia; Penicillium expansum and P. stoloniferum with Green-spore Aspergillus niger with black-spore, Neurospora with pinkish spore.

Because fungi can utilize so many different substrates as food, they are capable of attacking many products we utilize and almost all foodstuffs. Simply spoiling foods, certain species of fungi also produce some very toxic substances known as mycotoxins on certain plant materials that we either  consume directly as food or feed to our animals. Particularly noteworthy examples are

Harmful effect of Fungi to human

There are a lot of fungi that cause different types of illness in human body. Sometimes it can be allergies, it can be poisoning or it can be parasitic infections.

i. Cutaneous or superficial mycoses:

1. Tinea versicolor: A fungus infection that commonly affects the skin of young people, especially the chest, back and upper arms and legs. This fungus produces spots that are either lighter than the skin or a reddish-brown.

ii. Tinea unguium or Onychomycosis : Fungal infection of the nails known as Tinea unguium or onychomycosis. It is estimated that between 2% and 14% of the population in America has fungal nail infections. Trichophyton rubrum tends to cause chronic infections of toenails so the host produces infective material for years.

iv. Dandruff and Seborrhoeic Dermatitis : The most common cause of dandruff is a basidiomycetous yeast called Malassezia globosa.

A girl with a lot of dreams to accomplish and make her parents proud. Currently studying in 1st year of B.Sc in University of Dhaka. Want to walk with Plantlet a long way. Interested with debate, music, photography and poem recitation. Email: syedanusratbd@gmail.com Minimum Monthly resolution: Publish (1), Revise(1), Share (1)
Previous Anomalous Secondary Growth
Next Importance of Fungi: Medicine, Agriculture & Industry