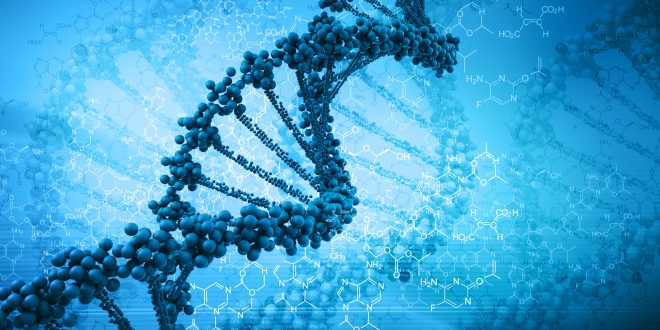 Recombinant DNA is the common name  for a segment of  DNA  that has been created by combining at least two  fragments from two different sources.

Recombinant DNA is  compacted  into a host organism to produce new genetic combinations that are of value to science,prescript or  medicine, agriculture, and industry.

Since, the center of all gene is genetics, the original  goal of laboratory geneticists is to isolate, individualize, and manipulate genes. Although it is relatively easy to isolate a sample of  DNA from a compilation of cells, it is  finding a specific gene within this DNA sample can be compared to finding a needle in a haystack.

The idea of recombinant  DNA was first mentioned by Peter Lobban. He is the student of Stanford University medical School . In 1980,Paul Berg awarded the Nobel Prize in Chemistry for his work on nucleic acids with particular regard to recombinant DNA.

Recombinant DNA technology is based primarily  on two other  technologies,


i. Cloning is commenced  in order to  obtain  the clone of one particular  gene  or DNA sequence of interest. The next step after  cloning is to find and isolate that clone among other members of the library.once a segment of DNA has been cloned,its nucleotide sequence  can be determind.Cloning is the method of  propagating genetically identical copy of a cell or an organism.

There are three kind of  artificial  cloning. These are gene cloning, reproductive cloning and therapeutic cloning.

ii. DNA sequencing is the method of ascertaining the nucleic acid sequences the order of nucleotides in DNA and includes any method or technology . It is used to determine four bases (adenine, guanine, cytosine thymine). The first DNA sequences were obtained  by academic researchers using laborious methods, in the early 1970 . Following the development of florescence based sequencing methods, including DNA sequencing. DNA sequencing has become easier and instantaneous commands faster.

The whole process of recombinant DNA technology involves multiple steps which are maintained in a certain  sequence to generate the desired product.

The  initial and first step in Recombinant DNA technology is to isolate the desired DNA in its purest form that is ,to free it  from other macromolecules.

Step-2.Cutting the gene at the recognition sites.

The restriction enzymes play a major role in determining whether the desired gene has been inserted into the vector genome. These reactions are called ‘limiting enzyme digestions’.

It is the process to translating DNA from a single copy  into thousands to millions of copies once the proper gene of interest has been cut off using the restriction enzymes.

In this step of Ligation, join of the two pieces –a cut piece  of DNA and the vector together with the help of the enzyme DNA ligase.

In this step, the recombinant DNA is introduced as a recipient host cell. This process is called Transformation. Once  recombinant DNA enters into the host cell, it  multiplies and is expressed in the form of  proteins produced under favorable conditions.

Gene cloning is the process of  separating  a DNA sequence  of interest for the purpose of making multiple copies of  it  and  as a result, it is in which a gene of interest is located and copied (cloned) out of all the DNA obtained from an organism.

The fundamental 7 steps involved in gene cloning are:

Basically, Plasmid is a small, round, double-stranded DNA molecule that is distinct from a cell’s chromosomal DNA and  generally circular DNA sequences that are capable of replicating using the host cell’s replication equipment. Plasmids exist naturally  in bacterial cells. Plasmid also occur in some eukaryotes and are especially important in treatment because they often carry genes for pathogenicity and drug-resistance. Plasmids can be transmitted to bacteria in the lab in a process called transformation. Plasmids  used experimentally for these purposes are called vectors. Researchers  who can insert  a piece of DNA  or  a gene into a plasmid vector create a so-called recombinant plasmid. Plasmid vectors  have a source of an replication that allows for semi-individual replication of the host’s plasmid.

Plasmid vectors are  the earliest  achievements of recombinant DNA technology, the figures of cloning and synthesis in E.coli of insulin and other hormones, interferon and animal virus antigens.

The term plasmid was coined in 1952 by the American molecular biologist Joshua Lederberg to refer to “any extrachromosomal hereditary determinant.

plasmids are determined of three major components that include

Some of the other components of plasmids include

A promoter region – This is the component of plasmids that are involved in recruitment of  transcriptional equipment.

Primer binding site – This is an abbreviated sequence of DNA on a single strand typically used for the purposes of PCR amplification or DNA sequencing.

Molecular cloning and recombination tests are therefore repetitive processes which include :

Phage vectors consist of an essentially complete phage genome, often M13 phage, into which is inserted DNA encoding the protein or peptide of interest . Typically, the remainder of the phage genome is left unchanged and provides the other gene products needed for the phage life cycle These are typically plasmids with  plasmid characteristics: round, double-stranded DNA with a replicated source, a selection marker, and a cloning site,where there is general sequence  for the λ cos site.

Why bacteriophage as a vector?

Restriction enzyme  is an enzyme that pierces DNA into fragments at or near specific recognition sites within molecules.it is  known as restriction sites.

Restriction enzyme originated from the studies of phage λ, which is a virus that infects bacteria, and the phenomenon of  host-controlled restriction and modification of such bacterial phage . The phenomenon was first recognized  in work done in the laboratories of Salvador Luria, Weigle and Giuseppe Bertani in the early 1950s. It was found that, for a bacteriophage λ which can grow well at one end of Escherichia coli, for example E. coli . Restriction enzymes apparently produced from a common ancestor and became widespread via horizontal gene transfer.

A restriction map is a map that is known restriction sites within a sequence of DNA and is also a method used to map an unknown segment of DNA by breaking it into pieces and then identifying the locations of the breakpoints. Restriction mapping requires the use of restriction enzymes.  Restriction maps are used as a reference to comparatively other shorts parts of engineered   plasmids or DNA, and sometimes for longer genomic DNA. There are other ways of mapping features on DNA for longer length DNA molecules, such as mapping by transduction.Map can be constructed.

Selection is the process in which cells that have not taken up DNA are selectively killed, and only those cells that can actively replicate DNA.It  contains  the selectable marker gene encoded by the vector are able to survive.It  is essential to identify those cells which received rDNA molecule ,  after the introduction of recombinant DNA into the host cells.

Artificial selection is used in the field of microbial genetics and  especially molecular cloning. Molecular cloning is a set of epimerical methods in molecular biology that are used to congregate  recombinant DNA molecules  .  It is used to direct their replication within host organisms.

currently in 3rd year (Hons) in the department of Botany, University of Dhaka. I am enthusiastic and hard-working university undergraduate student who is seeking a chance to work as a researcher specifically in bioscience. tahminanisa68.du@gmail.com
@@tahmina_nisa
Previous Reproductive Biology in Crop Plants: Part Two
Next Cell wall: Structure and Composition