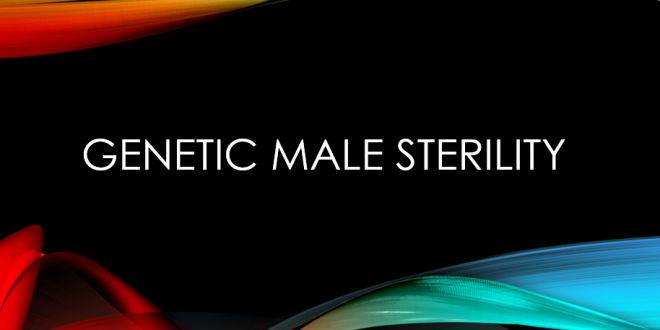 Genetic male sterility is controlled by some nuclear genes called Male Sterile genes. It has been evident that this type of sterility is usually maintained by recessive genes (barley, mustard, pigeon pea, paddy) and less frequently by dominant genes (safflower).

How to maintain male sterile line?

Let,
Male sterile plant be A with allele mm.
Heterozygous male fertile line be B with allele Mm.

The male sterile line can be maintained by crossing both the lines A and B with an output of 1:1 ratio (male fertile : male sterile).

Check if you understand the following things: 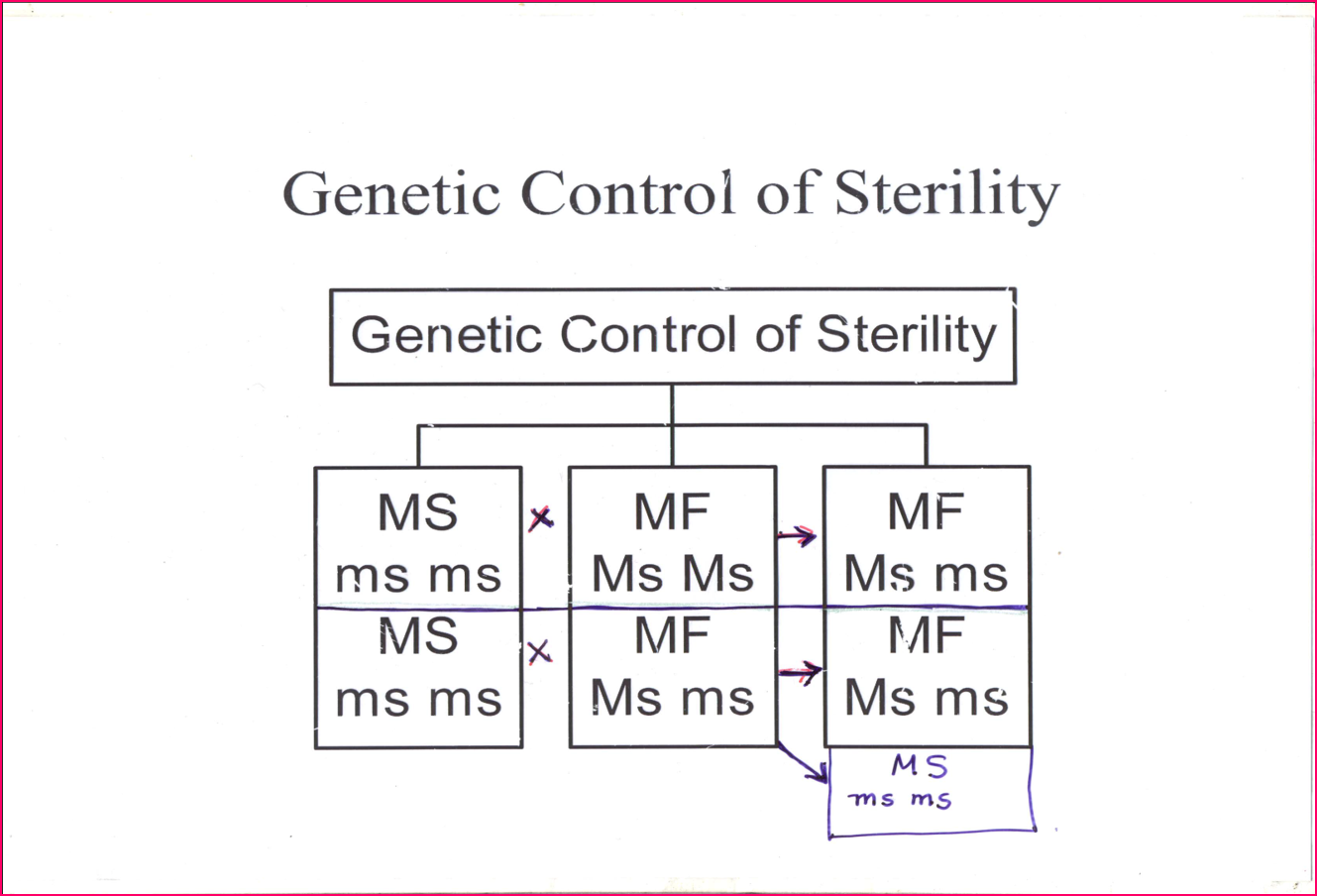 i) Structural male sterility: Anomalies in male sex organs (or missing the organs all together).

ii) Sporogenous/pollen male sterility: Stamen forms, but pollen absent or rare due to microsporogenous cell abortion before, during or after meiosis.

Genic male sterility had been arisen as spontaneous mutants in most cases: high frequency of mutation. It was identified in 175 species. Here few reciprocal differences observe. It is mostly recessive or few dominant.

MS gene expression occurs within a specified range of temperature and/or photoperiod (rice, tomato, wheat etc.). It may be 2 types:

It is applicable in production of hybrids in both vegetatively propagated crops and fruits and seed yielding crops.

Currently in 4th year (Hons) in the Department of Botany, University of Dhaka. Planned to have multiple careers one by one but promised to be with 'Plantlet' as long as it's primary stage remains unfinished. Email: abulaisshomrat@gmail.com. Minimum monthly resolution - Publish (1), Revise (3), Share (5)
Previous Chemical Evolution and Origin of Life
Next Ultra Structure of Chloroplast in Algae