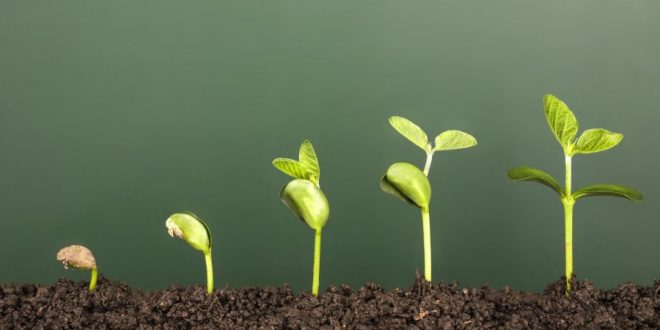 Auxin: The First Major Phytohormone to be Discovered

Growth: A process in which there is a change in the form and increase in size and weight by means of cell division, cell enlargement and cell differentiation.

Development: A process in which growth, differentiation of organ, maturation and senescence take place in a regular sequence in the life history of a plant.

Phytohormone: The organic compound produced within the plant which regulate or modify the different physiological functions at a very low concentration are called plant hormones. Plant hormones increase the rate of the growth or inhibit it. The action of plant hormone on physiological process is very specific.

There are five major classes of phytohormones.

Charles Darwin (1880)
Charles Darwin was among the  first scientists to dabble in plant hormone research. In his book “The Power  of Movement in Plants” presented in 1880, he first describes the outcomes of  light on motion of canary grass (Phalaris canariensis) coleoptiles.
Darwin’s try out advised that the tip of the coleoptile was the tissue  contributing for perceiving the light and raising some signal which was  transported to the lower part of the coleoptile where the physiological  response of bending occurred. He then cut off the tip of the coleoptile and  exposed the rest of the coleoptile to unidirectional light to see if curving  occurred. Curvature did not occur encouraging the results of his first  experiment (Darwin, 1880).
Boysen-Jensen (1913, Denmark)
In 1913, Boysen-Jensen altered Fritting’s experimentation by inserting parts of  mica to block the transfer of the signal and showed that transport of auxin  toward the base occurs on the dark side of the plant as contradicted to the side  open to the unidirectional light (Boysen-Jensen, 1913). In 1918, Paal  supported Boysen-Jensen’s results by cutting off coleoptile tips in the dark,  uncovering only the tips to the light, replacing the coleoptile tips on the  plant but off centered to one side or the other. Results showed that  whichever side was exposed to the coleoptile, curvature occurred toward the  other side (Paal, 1918). Soding was the next scientist to extend auxin  research by extending on Paal’s idea. He showed that if tips were cut off  there was a reduction in growth but if they were cut off and then replaced  growth continued to occur (Soding, 1925).
Fritz Went (Holland, 1926)
In 1926, a graduate student from Holland by the name of Fritz Went publicized  a paper describing how he isolated a plant growth substance by placing agar  blocks under coleoptile tips for a period of time then removing them and  placing them on decapitated Avena stems (Went, 1926). After placement of the  agar, the stems resumed growth (see below). In 1928, Went developed a method  of quantifying this plant growth substance. His results suggested that the  curvatures of stems were proportional to the amount of growth substance in  the agar (Went, 1928). This test was called the avena curvature test.(see  below)
Went called the hormone auxin (auxein: to grow). It took 20 years before this  auxin was identified chemically as indole-3-acetic acid. Since then  additional natural auxins have been identified.
Much of our current knowledge of auxin was obtained from its applications.  Went’s work had a great influence in stimulating plant growth substance  research. He is often credited with dubbing the term auxin but it was  actually Kogl and Haagen-Smit who purified the compound auxentriolic acid  (auxin A) from human urine in 1931 (Kogl and Haagen-Smit, 1931). Later Kogl  isolated other compounds from urine which were similar in structure and  function to auxin A, one of which was indole-3 acetic acid (IAA) initially  discovered by Salkowski in 1985. In 1954 a committee of plant physiologists  was set up to characterize the group auxins. The term comes from the Greek  auxein meaning “to grow.” Compounds are generally considered auxins if they  are synthesized by the plant and are substances which share similar activity  to IAA (the first auxin to be isolated from plants) (Arteca, 1996; Davies,  1995).

They are easily diffusable and endogenous in nature. Examples include:

Currently in 4th year (Hons) in the Department of Botany, University of Dhaka. Planned to have multiple careers one by one but promised to be with 'Plantlet' as long as it's primary stage remains unfinished. Email: abulaisshomrat@gmail.com. Minimum monthly resolution - Publish (1), Revise (3), Share (5)
Previous Phenols : Characteristics, Classification and Uses
Next Sphaerocarpales: The Engaging Bottle Liverworts

That was a healthy one with informations. Thank you sir.

Glad to hear that. This article was written during the class hour of this topic. And as soon as the class ended, it was published.