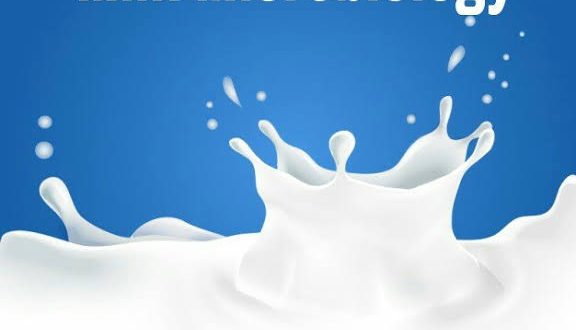 Milk is a highly nutritious food that can be obtained from a variety of animal sources such as cows, goats, sheep, and buffalo, as well as humans, for human consumption. However, the high nutrient content of these milk, which includes proteins, fats, carbohydrates, vitamins, minerals, and essential amino acids all at a near-neutral pH and at a high water activity, provides an ideal environment for the growth of many microorganisms. Some of these nutrients are directly available to all microorganisms, while others are provided following the metabolism of major components by specific populations to release components and metabolites that are used by others.

It is generally accepted that the lactic acid bacteria (LAB), a group of bacteria that ferment lactose to lactate, are a dominant population in bovine, goat, sheep, and buffalo milk, prior to pasteurization. The most common LAB genera in milk include Lactococcus, Lactobacillus, Leuconostoc, Streptococcus, and Enterococcus. Psychrotrophic populations, which particularly establish themselves during cold storage, are also a major component and frequently include Pseudomonas and Acinetobacter spp. Other strains of non-LAB genera are also encountered in milk, as well as various yeasts and moulds. Human milk on the other hand is typically dominated by Streptococcus, Staphylococcus, Lactobacillus, and Bifidobacterium spp.

Milk is virtually sterile when it is synthesized in a healthy cow’s udder (mammary gland.) Cows, like humans, are natural reservoirs of bacteria. Many of these bacteria are not harmful to humans, but some may be harmful to humans even though the cows are not affected and appear healthy.

Milk may become contaminated with bacteria during or after milking. Some disease-causing organisms (pathogens) can be shed through cow feces and may contaminate the outside of the udder and teats, the farm environment (bedding, for example), and the milking equipment. Temperature plays an important role in bacterial growth. Many bacteria prefer to grow at body temperature (86-98°F, 30-37°C) but will grow at lower temperatures (such as refrigerator temperature) at
slower rates.

Milk has a highly nutritious composition. It contains an abundance of water and is rich in minerals, protein (chiefly casein), butterfat (lipid), sugar (especially lactose) and vitamins. Because milk is nearly perfect culture medium, it is highly susceptible to microbial growth. At the time it is drawn out from a healthy animal, milk contains between several hundred and several thousands of microorganisms per mililiter.


The microorganisms  found in milk can be discussed basing on following major characteristics:

Bacteria in milk based on their Biochemical types

When milk is kept under favourable conditions for bacterial growth, raw milk develops a sour flavor. This change is brought about mainly by Streptococcus lactis and S. cremoris and certain lactobacilli like Lactobacillus fermenti. They ferment the lactose sugar of milk and produce lactic acid, which make the milk taste sour.

Bacteria in milk based on temperature response

Pasteurized milk stored in a refrigerator may be satisfactorily preserved for one week or even longer.

However, eventually deterioration become evident because of accumulation of metabolic products of psychrophilic bacteria.

Mesophilic bacteria grow in milk if the milk is kept open in regular room temperatures. These bacteria can spoil milk.

Thermophilic bacteria grow in milk if the milk is kept open at high temperature.

Thermoduric bacteria are those, which survive pasteurization in considerable numbers but do not grow at pasteurization temperature. Their examples are Microbacterium lacticum, Micrococcus luteus, Streptococcus thermophiles, Bacillus subtilis etc.

Pathogenic types of bacteria in milk

Various pathogenic bacteria in milk can cause human diseases if consumed. Varieties of diseases are potentially transmissible through milk. The following modes of transmission are possibilities.

Pasteurization is an essential process in the production of milk which is safe and free from pathogens. Phosphatase is an enzyme which is
naturally present in milk, but is destroyed at a temperature just near to the pasteurization temperature. Phosphatase test is used to indicate whether milk has been adequately pasteurized or whether it has been contaminated with raw milk after pasteurization. Thus one can determine whether milk has been properly pasteurized by testing for the absence of this enzyme.

The enzymes surviving pasteurization release phenol from disodium phenyl phosphate. Upon the addition 2,6 dicholoroquinone-chloroimide (CQC) , the liberated phenol reacts with CQC, producing an indophenol blue colour and can be measured colorimetrically. The intensity of colour depends on upon amount the enzyme present and, hence, the degree of pasteurization or raw milk.

Methylene Blue Dye Reduction, Test commonly known as MBRT test is used as a quick method to assess the microbiological quality of raw and pasteurized milk. The methylene blue reduction test is based on the fact that the color imparted to milk by the addition of a dye such as methylene blue will disappear more or less quickly. The removal of the oxygen from milk and the formation of reducing substances during bacterial metabolism cause the color to disappear. The agencies responsible for the oxygen consumption are the bacteria. Though certain species of bacteria have considerably more influence than others, it is generally assumed that the greater the number of bacteria in milk, the quicker will the oxygen be consumed, and in turn the sooner will the color disappear. Thus, the time of reduction is taken as a measure of the number of organisms in milk although actually it is likely that it is more truly a measure of the total metabolic reactions proceeding at the cell surface of the bacteria.

Most actively growing bacteria cause a lower oxidation- reduction potential in their medium. In condition with significantly low  O-R potential methylene blue turns colourless. To ensure or check the quality of milk, this chemical is added in milk and observed for maximum 8 hours at 30°C.

Grading of raw milk based on MBRT

MBRT test may be utilized forgrading of milk which may be useful for the milk processor to take adecision on further processing of milk. As per BIS 1479 (Part 3): 1977 criterion for grading of raw milk based on MBRT is as below:

and carefully place them in a test tube stand dipped in a serological water bath maintained at 37±1⁰C. Record this time as the beginning of the incubation period. Decolorization is considered complete when only a faint blue ring (about 5mm) persists at the top.

Pasteurization: Pasteurization is a process, named after scientist Louis Pasteur, that applies heat to destroy pathogens in foods. Pasteurisation is a mild heat treatment in which food is heated to below 100 °C. It is used to minimize health hazards from pathogenic micro-organisms in low-acid foods and to extend the shelf-life of acidic foods such as fruit juices for several days or weeks by destruction of spoilage micro-organisms and/or enzyme inactivation.

• Thermization: Heat the milk to between 57°C to 68°C and hold for 15
minutes. Thermization targets pathogenic bacteria while leaving the good bacteria in the product. The low temperatures do not alter the structure and taste of the milk.

• Ultra-high temperature (UHT) pasteurization: Heat the milk to between
135°C to 140°C for 2 to 4 seconds. The extreme heat targets Coxiella burnetii, which causes Q-fever. The heat kills all the vegetative forms of bacteria and the milk can survive for 9 hours.

My life has always been like Brownian particles with random motions. While my life's been colliding with Plantlet, hope to have perfect momentum for the best outcome.
Previous Basic guidelines for higher studies
Next Microbial Water Pollution

It was interesting to learn that milk is virtually sterile since cows are natural reservoirs of bacteria, but these bacteria are not harmful to humans unless the milk itself becomes contaminated. I imagine if you’re planning to sell milk, it would help to first understand the microbiology of the product by doing microbiological testing using non-fat dry milk media. I’ll keep this in mind in case I ever think of getting microbiological testing done in the future.