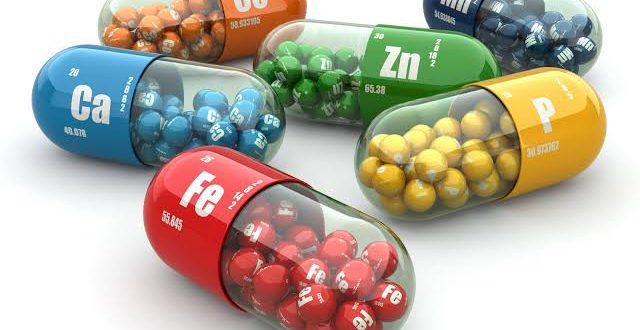 In a Museum when you see a glittering crystal, you would say it was a mineral  and you’d almost certainly be right. But can you say what a mineral really is?

A mineral is an inorganic solid which is naturally occured. It has a fixed chemical composition and an ordered atomic arrangement. This may seem a bit of a mouthful but if you break it down it becomes simpler.

The geological definition of the mineral normally excludes compounds that appear only in living things. However, certain minerals are often biogenic (like calcite) or are organic compounds in the sense of chemistry (like mellite). In addition, living things often synthesize inorganic minerals (such as hydroxylapatite) which are also found in rocks.The concept of mineral is distinct from rock, any bulk solid geological material that is relatively homogeneous on a sufficiently large scale. A rock may be made up of a single type of mineral, or may be an aggregate of two or more different types of minerals, spatially separated into distinct phases.

Certain natural solids without a defined crystal structure, such as opal or obsidian, are more correctly called mineraloids. If a chemical compound occurs naturally with different crystal structures, each structure is considered a different mineral species. So, for example, quartz and stishovite are two different minerals made up of the same compound, silicon dioxide. The International Mineralogical Association (IMA) is the generally recognized reference body for the definition and nomenclature of mineral species. In March 2020, the IMA recognized 5,562 official mineral species out of more than 5,750 proposed or traditional species.

The chemical composition of a named mineral species can vary somewhat by the inclusion of small amounts of impurities. Species specific varieties sometimes have their own conventional or official names. For example, amethyst is a purple variety of the mineral species quartz. Certain mineral species may have varying proportions of two or more chemical elements which occupy equivalent positions in the structure of the mineral; for example, the formula of mackinawite is given as (Fe, Ni) 9S8, which means FexNi9-xS8, where x is a variable number between 0 and 9. Sometimes a mineral of varying composition is divided into distinct species, more or less arbitrarily, forming a mineral group; this is the case with the silicates CaxMgyFe2-x-ySiO4, the olivine group.


Besides the essential chemical composition and crystal structure, the outline of a mineral species usually includes its common physical properties like habit, hardness, lustre, diaphaneity, colour, streak, tenacity, cleavage, fracture, parting, density , magnetism, fluorescence, radioactivity, also as its taste or smell and its reaction to acid.
Minerals are classified by key chemical constituents; the 2 dominant systems are the Dana classification and therefore the Strunz classification. Silicate minerals comprise approximately 90% of the crust . Other important mineral groups include the native elements, sulfides, oxides, halides, carbonates, sulfates, and phosphates.

The International Mineralogical Association (IMA) has established the following requirements for a substance to be considered a distinct mineral: It must be a naturally occurring substance formed by processes natural geological, on Earth or other extraterrestrial bodies. This excludes compounds directly and exclusively generated by human (anthropogenic) or living (biogenic) activities, such as tungsten carbide, urinary stones, calcium oxalate crystals in plant tissues and shellfish. However, substances with such origins may be eligible if geological processes were involved in their genesis (as in the case of evenkite, derived from plant material; or taranakite, bat guano; or alpersite, mine tailings). Hypothetical substances are also excluded, although they are expected to occur in currently inaccessible natural environments such as the core of the Earth or other planets. It must be a solid substance in its natural occurrence.
A major exception to this rule is native mercury: it is still classified as a mineral by the IMA, even though it only crystallizes below -39 ° C, as it was included before the current rules were established. Water and carbon dioxide are not considered minerals, although they are often found as inclusions in other minerals; but water ice is considered a mineral. It must have a well-defined crystallographic structure; or, more generally, an ordered atomic arrangement. This property involves several macroscopic physical properties, such as crystal form, hardness and cleavage. It excludes ozokerite, limonite, obsidian and many other amorphous (non-crystalline) materials present in geological contexts and must have a fairly well defined chemical composition. However, some crystalline substances with a fixed structure but variable composition can be considered as a single mineral species. A common class of examples are solid solutions such as mackerel, (Fe, Ni) 9S8, which is primarily a ferrous sulfide with a significant fraction of iron atoms replaced with nickel atoms. Other examples include layered crystals with varying layered stacking or crystals that differ only in the regular arrangement of vacancies and substitutions. On the other hand, some substances which have a continuous series of compositions can be arbitrarily divided into several minerals. The typical example is the olivine (Mg, Fe) 2SiO4 group, the ends of which rich in magnesium and iron are considered to be separate minerals (forsterite and fayalite). The details of these rules are somewhat controversial. For example, there have been several recent proposals to classify amorphous substances as minerals, but these have not been accepted by the IMA. did not define a minimum crystal size. Some authors require the material to be a stable or metastable solid at room temperature (25 ° C). However, the IMA only requires that the substance be sufficiently stable for its structure and composition to be well determined. For example, he recently recognized Meridianiite (a natural hydrate of magnesium sulfate) as a mineral, even though it is formed and stable only below 2 ° C.

As of January 2020, 5,562 mineral species are approved by the IMA. They most often bear the name of a person, followed by the place of discovery; names based on chemical composition or physical properties are the other two major groups of etymologies for mineral names. Most names end with “-ite”; the exceptions are usually names well established before the organization of mineralogy as a discipline, such as galena and diamond.

A point of argument among mineralogists and geologists has been the IMA’s decision to exclude this biogenic crystalline substances. For example, Lowenstam (1981) stated that “organisms are capable of forming a diverse range of minerals, some of which cannot be formed inorganically in the biosphere.” Skinner  in 2005  considers every solids to be potential minerals and comprise/involve biominerals in the mineral kingdom, which are created by the metabolic activities of organisms. Skinner expanded the previous definition of a mineral to classify “element or compound, amorphous or crystalline, formed by biogeochemical processes”, as a mineral. Recent advances in high resolution genetics and X-ray absorption spectroscopy provide insights into the biogeochemical relationships between microorganisms and minerals that may shed new light on this question. For example, the “Working Group on Mineralogy and Geochemistry of the Environment”, mandated by the IMA, deals with minerals in the hydrosphere, atmosphere and biosphere. The scope of the group includes mineral-forming microorganisms, which exist on almost all rocks, soils and particle surfaces covering the globe at depths of at least 1600 meters below the seabed. and 70 kilometers into the stratosphere (which can enter the mesosphere).
Biogeochemical cycles which have availed to the creation of minerals for billion years. Microorganisms can subtide/precipitate metals from liquifaction (solution) promoting to the formation of ore deposits. They also can catalyze the liquifaction (solution) of minerals. Prior to the listing of the International Mineralogical Association, over 60 biominerals which had been discovered and named and published. These minerals (a subset presented in Lowenstam (1981)) are considered as minerals proper according to the definition of Skinner (2005). These biomaterials are not listed in the official list of mineral names of the International Mineral Association, however, many of these representatives of biominerals are distributed among the 78 mineral classes listed in the classification scheme. by Dana. Skinner’s (2005) definition of a mineral takes this matter into account by stating that a mineral can be crystalline or amorphous. Although biominerals are not the most common form of minerals, they help define the boundaries of what constitutes a mineral itself. The formal definition given by Nickel (1995) mentioned that crystallinity as a key to defining a thing/substance as a mineral. A article defined icosahedrite which is an aluminum-iron-copper alloy as a mineral; it named for its unique natural icosahedral symmetry and it is a quasi-crystal. Unlike a real crystal, quasicrystals are ordered but not periodic.

Informations and pictures have been added by Author and from Wikipedia.

A Biology maniac who is interested in fundamental research attempt to explore and explain the underlying mechanisms that govern the functioning of living matter............ E-mail: abchowdhuryy@gmail.com. Minimum monthly resolution: Publish (1), Revise(3), Share (5).
Previous Vitamins: A Nutrional Organic Molecule
Next Deuteromycetes: The Fungi Imperfecti

You haven’t fulfilled the minimum standards as an editor. Haven’t justified any paragraph, haven’t boldened any heading…

Try to fulfill the expectations that Plantlet demands from you as an editor.

Sorry I didn’t edited it fully but unfortunately published. I will edit it well as Soon as possible.