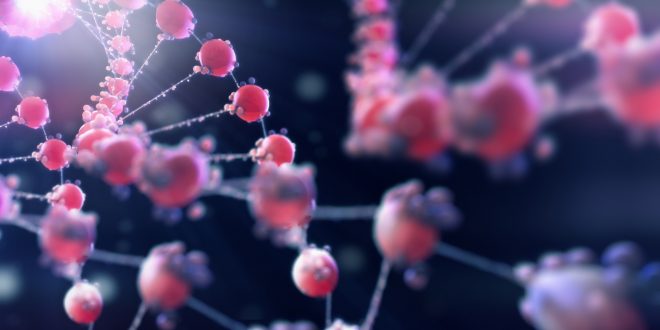 Before discussing about “The Replication Of Circular DNA”, first we are going to give a short introduction to DNA.

DNA or Deoxyribonucleic acid is the hereditary material present in all living organisms through which the characteristics of one generation are transmitted to the next one. It contains the genetic information that makes each species unique. This molecule can be found in all prokaryotic and eukaryotic cells, even in viruses. The configuration of the DNA molecule is so stable that it enables itself to act as a template for the replication of new DNA molecule and also for the production of RNA (Ribonucleic Acid).

DNA has a double helical structure. It is a long polymer of nucleotides. The two helical chains of DNA are bound to each other by Hydrogen Bonds formed between nitrogen bases. The four bases found in DNA molecule are Adenine(A), Cytosine(C), Guanine(G), Thymine(T), where Adenine pairs with Thymine and Guanine pairs with Cytosine. The backbone of DNA is composed of alternating Phosphate group and Pentose (5 carbon) Sugar residues.

What Is Circular DNA?

We’ve already known that all organisms contain DNA. Generally all organisms are classified under two classes depending on the structure of the Nucleus of the cell-

According to molecular biology, DNA replication is a biological process of producing two identical DNA molecules from one original DNA molecule.

DNA replication occurs in all living organisms which helps cell to divide. It is the basis of biological inheritance.

Before moving into more details, first watch the video below. (You can use the autogenerated subtitle if you face problem understanding the audio.)

That means the 3′ end acts as a primer.
We know that primer is a short RNA strand used to initiate the DNA replication by DNA polymerase. It is required because the DNA polymerase enzyme can’t put the complementary nucleotides in the 5′ end. It can do the replication in 3′ end.

So, a primer is produced containing always a 5′ and 3′ end. The 3′ end acts as a point for DNA polymerase to start the replication by adding each complementary nucleotide to the 3′ end.

Now as in this case 3′ end is already available, no additional primer is required. The nicked 3′ end acts as a primer itself.

To produce DNA from the single strand (the red one) 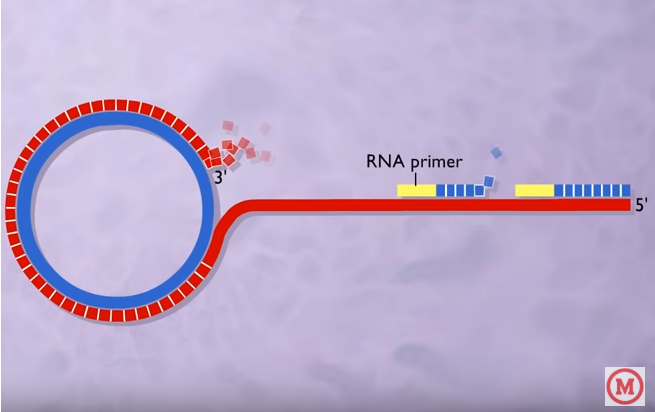 The Rolling Circle Mechanism has been successfully used for amplification of DNA from very small amounts of starting material.

This is an official account of this website. This ID holds articles from two categories. 1. Articles from our non-authors. 2. Articles of the authors whose IDs were deleted.
Previous উদ্ভিদের সাথে পরিচিতিঃ মধু লনিসেরা Lonicera japonica
Next Microbiology: Stories in Extreme Habitats