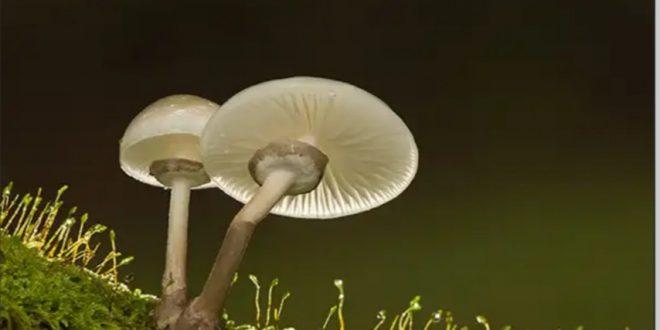 Rhizoid and rhizomorphs are two common terms used in the study of fungi. Both of them are derived from the same word root. But still they maintain some differences.

The name ‘Rhizoid’ is derived from the Latin prefix ‘rhizo’ – which means root. But it is not a root but a root like structure. They are short and very delicate.

In fungi, rhizoids are small branching hyphae that grow downwards from the stolon that anchor the fungus to the substrate. They release digestive enzymes and absorb digested organic material. In the liverworts, they are absent or unicellular but multicellular at the same time in mosses. However, microscopic free-floating species of algae do not have rhizoids at all.

Now our discussion about rhizomorph which is an aggregation of fungal threads intertwining like the strand of a rope that frequently resembles a root and is characteristic of many Basidiomycetes. It also acts as a nutrient absorbtive and translative organ.

So, rhizomorph is a rope like structure resembling with root that is composed of aggregation of hyphae, branched tubular filament. On the other hand, rhizoids are delicate, thread like structure or root hair and thin filamented. Above all we can conclude that They are not same.

This is an official account of this website. This ID holds articles from two categories. 1. Articles from our non-authors. 2. Articles of the authors whose IDs were deleted.
Previous Endosymbiosis in Plant Sap-Feeding Insects (Part-2)
Next The GRE General Test: A Stairway to Higher Study