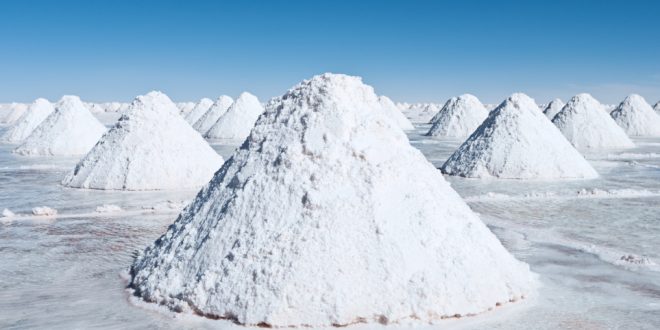 Over four-fifths of the surface of our planet is covered with a salt solution (oceans & seas) containing, among many other constituents, approximately 0.5M NaCl. Still, only very few groups of higher plants can withstand such conditions. Most terrestrial species are unable to tolerate even one-tenth of the salt concentration of ocean water without a serious setback in their water and nutrient balance or in their metabolism.

Salinity is a common phenomenon and one of the basic features of arid and semiarid regions. Even though information regarding the natural processes leading toward salinization is essential for understanding the salt status in any habitat, the quest for the origin of such salts and their circulation in nature has been practically neglected. Results of only a few investigations dealing with such problems are available (Menchikovsky, 1924; Eriksson, 1958; Junge, 1958; Yaalon, 1963).

The major sources of salinity are classified as follows:

Volcanic eruptions release large quantities of soluble salts into the atmosphere. It is generally accepted that vast amounts of chlorine and sulfur from this source have accumulated during the ages in the oceans, either directly by underwater volcanic action, precipitation of volcanic ash, dissolution of gases, or indirectly via streams and rivers which wash soluble salts off the continents.

However, salts were not left evenly distributed. After continuous cycling for long geological eras, distribution of various elements and compounds between different localities had distinctively occurred; while the more soluble salts of chlorine were leached and accumulated mostly in the oceans, over half of the compounds containing sulfur, presently found in the geochemical cycle, precipitated and concentrated in rocks sedimented under seawater. A small quantity of sulfur can also be found in igneous rocks.

Salts of marine origin are transported to the continents and deposited there in three major ways:

A) Cyclic salts: Salts brought inland from the sea in the form of windborne sea spray, and precipitated by rainwater. Such salts are later redistributed or leached back into the ocean by the common drainage systems.

B) Infiltrating salts: Salts brought into coastal habitats by an underground infiltration of seawater. This is a source of local importance.

C) Fossil salts: Marine salts which were precipitated sometime in the past in certain localities and which are now being dissolved. Such salts are brought above ground level or into the plant root zone by flowing masses of groundwater, by springs, by capillary movement of water, or by surface runoff water.

Large differences exist in nature between distribution of chlorine and sulfur.  Because of its high solubility, chlorine occurs in all rocks in very low quantities. In contrast, a large portion of the total amount of S released, in the past, into the oceans was precipitated into sedimentary rocks.

Low amounts of chloride and relatively high amounts of sulfur are found in rocks.

S is primarily found in rocks in two chemical forms; in hard limestones it occurs as pyrite, and in soft limestones as sulfates, mostly gypsum.

The extent of salinization of groundwater and soils by chloride or sulfate from rock sources depends on the rate of rock weathering, which varies in different climates and regions. Under specific condition, weathering of saline rocks may also contribute large amounts of soluble salts.

Since ancient times, human activities have been adding large quantities of soluble salts to agricultural lands. In some areas, irrigation with unsuitable water under the high evaporation condition of arid or semi-arid climates and the practice of improper agrotechnological procedures have resulted in deposition of large quantities of salts in upper soil layers.

For examples, irrigation with water from the Jordan river (approx. 500mg/litre soluble) at an annual rate of 1000 m3 water per 1000 m2 land, adds at least a net 500 gm of salts per square meter to the soil. Excess, irrigation also causes leaching of salts into low sites and eventually results in formation of salt marshes.

With development of industry and extensive use of fuel, i.e. since the second half of the nineteenth century, another source of soluble salts on land surface has been added.

For example, a fair sized crude oil refinery with a capacity of a million tons per annum, releases about 45,000 tons of sulfuric acid into the atmosphere, if the average content of sulfur in the fuel is only 1.5%. According to Loewingart (1958), even if only 10% of such quantity enters into the annual cycle of renewing groundwater, it means an addition of 4 mg sulfate per liter of rainfall each year for a country of the size of Israel.

Cement factories also spread annually thousands of tons of salts in their surroundings. Although the major contribution of such factories is in the form of calcium carbonate and calciuim hydroxide, the added salts are still of local importance. Urban use of water also results in increase of salinity. Only approximately 2/3rds of the continents are drained to the sea. The remaining areas e.g. deserts, which lack runoff or groundwater flow, are drained into maritime terminal drainage basin. Such systems contribute the source for formation of most terrestrial salines.

5 major salt cycles, each having separate and different patterns, were recognized by Kovda (1961):

1. Continental salt cycles: In this cycle, movements and accumulation of chloride, sulfate, and carbonate salts occurs in arid regions. Only a small amount of runoff or percolation of water occurs. Only a small portion of such salts reaches the ocean.  Two types of sub-cycles are found:

2. Marine salt cycles: Movement and accumulation of salts near sea coasts. Such salts return eventually into the oceans.

3. Delta salt cycle: Precipitation and accumulation of salts in deltas of large rivers.

4. Artesian salt cycles: Accumulation of salts from underground saline water sources on the land surface. Such cycles are long term ones. Salts which take part in such cycles are usually fossil.

The first 3 groups are commonly designated as brackish water.

Salines which are formed on coasts and are directly affected by the proximity of the sea are included in this group. Salt composition of such salines closely resembles that of seawater, although their salt content varies greatly with specific local conditions.

Coastal salines are formed all over the world under semi-arid and arid regions as well as under maritime temperate climates. Coastal salines can be classified into the following formations:

1. Salt water swamps: A swamp in the temperate or subtropical regions is covered with woody plant community and occurs in an area where the soil is saturated or covered with surface water during a good part of growth season. In the tropics, the vegetation of inundated swamps may be of grasses or Papyrus.

2. Salt marshes: A marsh is a grass community in a habitat where the soil is saturated or covered with surface water during part of the growth season. Marshes are formed in the brackish water with wet soil surface or with a cover of surface water. Marshes are typical of temperate regions and are mostly covered with grass community as Spartina alterniflora or Spartina-Distichlis-Juncus communities

3. Salt bogs: Peat forming swamps are often called ‘bogs’ (or peaty bogs). These are usually saline with an abundant shrub vegetation that grows in habitats that receive only limited amounts of mineral sediments.

Currently in 4th year (Hons) in the Department of Botany, University of Dhaka. Planned to have multiple careers one by one but promised to be with 'Plantlet' as long as it's primary stage remains unfinished. Email: abulaisshomrat@gmail.com. Minimum monthly resolution - Publish (1), Revise (3), Share (5)
Previous The Eyes of Plants: ft Charles and Francis Darwin
Next Halophytes: Salient Features, Adaptations & Classification

Thank you Bari. You have always been kind and active.

i want to know how does this 3d thing work.

Will get with an update soon.

You always add some new and interesting things to your articles that make them more attractive!

All the images are interesting specially the last one.

Thank you. I have used a gif here. Directly inserted it via link. You can try it in your articles.