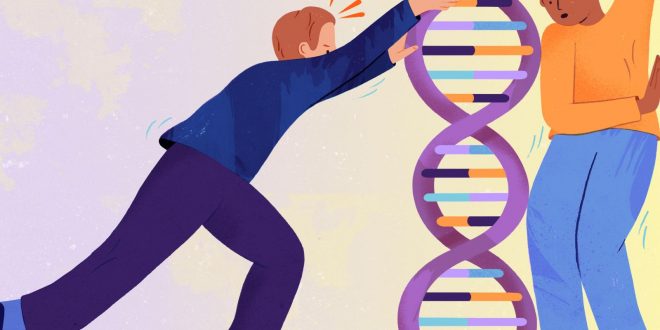 The synthetic theory of evolution describes the evolution in terms of genetic variations in a population that leads to the formation of a new species. It explains the contribution of factors such as genetic variations, reproductive and geographical isolation, and natural selection. It is a modern concept that emerged from subsequent development of Neo-Darwinism from Darwinism.

Development of Synthetic Theory of Evolution

Darwinian evolution is comparatively an older concept. It developed the idea of evolution and origin of species based on the theory of natural selection i.e survival of the fittest and removal of the unfit ones with the course of time. It talked about variation, albeit didn’t give any idea on the causes of variability.

Darwinism was later merged with data obtained through genetic research. As a result, Neo-Darwinism has developed. And through further synthesis of Neo-Darwinism, the modern synthetic theory of evolution has emerged. It explained the reasons behind variations in offsprings.

Blending inheritance is an obsolete theory in biology from the 19th century. The theory is that the progeny inherits any characteristic as the average of the parents’ values of that characteristic. Such as: son will get the average height of his parents’ heights.

There were 3 groups of supporters of Darwinian evolution.


Then the Synthetic theory of evolution appeared where all the questions of scientific criticism of Darwinism were answered.

6 scientists are considered the founder of Synthetic theory:

Synthetic theory according to Stebbins (1950)

George Ledyard Stebbins Jr. (January 6, 1906 – January 19, 2000) was an American botanist and geneticist who is widely regarded as one of the leading evolutionary biologists of the 20th century. Along with Dobzhansky (1900 – 1975), animal systematist Ernst Mayr, and paleontologist George Gaylord Simpson (1902 – 1984), Stebbins is considered one of the “architects” of the modern evolutionary synthesis of the 1930s and 1940s, an intellectual watershed and historic turning point that brought together research in cytology, genetics, systematics, paleontology into a common evolutionary framework.

He compared the synthetic theory with a motor car. According to him,

The changes that occur in the gene due to phenotypic effect is known as mutation. This produces a variety of changes that may be harmful. It causes variations in the offspring.

Mainly occurs as crossing over during meiotic pachytene phase between homologous chromosomal pairs. It produces a new mix up of genes that creates offspring with a new combination of characters.

Natural selection produces a change in the frequency of the genes from one generation to the other favoring the differential form of the reproduction. The natural selection process creates an adaptive relation between the environment and the population through various combinations of genes. It does not produce genetic change, but once it has occurred it acts to encourage some genes over others.

It is one of the significant factors responsible for the synthetic theory of evolution. Isolation may be caused by physical barriers like rivers, oceans, high mountains, sometimes even the differential water current within a river system. The isolation helps in preventing the interbreeding of related organisms.

These factors cause the evolution to happen faster.

According to him, evolution process on the basis of Natural selection occurs in two steps

An isolated population of a species independently develops different types of mutations (discussed above). The latter accumulate in its gene pool and creates variants within species.

It is actually triggered by natural selection. The variants within a species are not equally adapted to the change of environments. So, naturally, the environment acts as a filter that results in the survival of the fittest ones and removal of the unfit members.

After several generations, through selection and mutations, the variants increases many folds and cause to originate a different species that is significantly different from the original one.

Currently in 4th year (Hons) in the Department of Botany, University of Dhaka. Planned to have multiple careers one by one but promised to be with 'Plantlet' as long as it's primary stage remains unfinished. Email: abulaisshomrat@gmail.com. Minimum monthly resolution - Publish (1), Revise (3), Share (5)
Previous Diversity in Living Organisms: Five Kingdom Classification
Next Basic Ideas of Somatic Hybridization 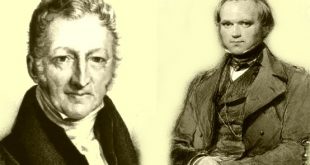 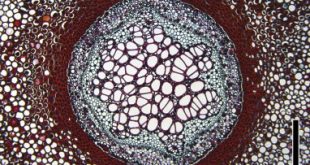 Pteridophytes: Types of Stele & Its Evolution 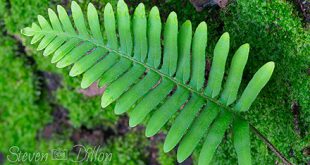