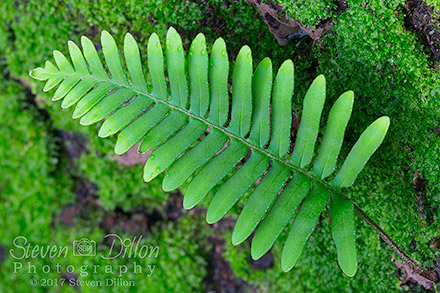 They are the earliest known vascular plants which originated in the Silurian period (400 million years ago) of Palaeozoic Era and subsequently diversified and formed the dominant vegetation on earth during Devonian to Permian period.

There are controversies regard­ing their origin and evolution. There are two broad theories about their origin: according to one, pteridophytes have originated from algal ancestor, while the other school supported the bryophytic origin hypothesis of pteridophytes.

Many scientists believe that pteridophytes have originated from algae, though they are not unanimous about the type of ancestral algae. The concept of algal origin of pteridophytes is based on the similarity between algae (specially chloro- phyceae) and pteridophytes.

According to Church (1919) and Arnold (1947), the immediate progenitors were probably the brown algae, Church in his essay on the “Thallasiophyta and the sub-aerial transmigration” suggested a polyphyletic origin of the vascular land plant. He believed that the vasculare plants arose from the primitive ancestor that was green plantonic and probably a members of Chlorophyta.

According to his hypothesis,

According to P.N. Mehra (1968) the ancestors of land plants are to be found among the green algae. He opposed the polyphyletic origin of vascular plants. While agreeing that the different groups of pteridophytes diverged from the very beginning, he argued that all of them have come from a common group.

Mehra (1968), envisages that pteridophytes evolved from chaetoporaceus agreen algae with heterotrichous growth habit and showing isomorphic alternation of generation before they colonized the land.

Such algae gives rise to protoarchegoniate which evolved structural complexity and gave rise to vascular plants in biphyletic manner.

Similarities between Bryophyta and Pteridophyta.

He mainly said that from Green Algae → Riccia to Anthoceros — pteridophytes.

Smith supported the theory of Campbell. He said that from Anthoceros to Pteridophytes. Embedded nature of sportophyte.

Origin of pteridophytes from an intermediate ancestral group.

Evolution on to land

Theory of Evolution of the alternation of generation found in pteridophpytes the diploid phase is dominant.

while haploid phase is reduced and nutritionally independent. Although Algae show both isomorphic and heteromorphic life cycle but pteridophytes are exclusively heteromorphic.

There are two theories which interpreted the nature, relation and origin of alternation of generation in the phylogeny of land plants.

The type of Algal ancestors that gave rise to the land plants was a haploid plant. They assume that sporophyte generation evolved after the colonization of land by gametophyte plant.

The evolution of the new sporophyte was the result of postponement of meiosis in the zygote until the development of a multicellular structure.

Gradually through increased sterilization of sporogenus tissue the larger sporophytes were evolved. They site example of Colecochaete for explaining the origin of sporophytic generation.

The homologous or transformation theory:

The sporophyte is simply the modification of gametophyte. The ancestor green algae had two morphologically similar haploid and diploid generation. The gametophytic generation underwent reduction and the sporophytic generetion evolved structural complexity after invading the land. They cite examples of Ulva, Fritschiella, Cladophora as the possible precursors of the land.

Currently in 4th year (Hons) in the Department of Botany, University of Dhaka. Planned to have multiple careers one by one but promised to be with 'Plantlet' as long as it's primary stage remains unfinished. Email: abulaisshomrat@gmail.com. Minimum monthly resolution - Publish (1), Revise (3), Share (5)
Previous Telome Theory
Next Classification of Pteridophytes