The Selfish Gene: The Mean of Existence

This is more of a book review than just an article sharing including intuitive visualizations from the other sources related to “The Selfish Gene” (1976) on evolutionary biology by the evangelist of biological science Richard Dawkins.
Unfortunately, this book wasn’t too popular from the day of it’s publications because people needed time to digest and absorb what they can’t understand or can’t get on with the bitter truth. More likely because we are driven by emotions than just mere facts. Those of you who haven’t read the book yet, I strongly recommend you to read only up to first 15 pages, then you will be starving to read the full verses. Anyway…
Dawkins talked about our first breakthrough of conceptions,

“Intelligent life on a planet comes of age when it first works out the reason for its own existence. If superior creatures from space ever visit earth, the first question they will ask, in order to assess the level of our civilization, is: ‘Have they discovered evolution yet?’ Living organisms had existed on earth, without ever knowing why, for over three thousand million years before the truth finally dawned on one of them. His name was Charles Darwin. To be fair, others had had inklings of the truth, but it was Darwin who first put together a coherent and tenable account of why we exist.”

Before, we open up to the charisma of the selfish gene, let’s have a look on the definition of what(gene) we will be arguing with...
Gene

According to Merriam-Webster, “A specific sequence of nucleotides in DNA or RNA that is located usually on a chromosome and that is the functional unit of inheritance controlling the transmission and expression of one or more traits by specifying the structure of a particular polypeptide and especially a protein or controlling the function of other genetic material.”

According to Oxford dictionary, “a gene considered primarily as an element that tends to replicate itself in a population, whether or not it has a direct effect on the organism that carries it.”

Well, who is here to read out the definitions!! So without any further ado, let’s have a look on to the delimitations required to understand the regulations of the selfishness of genes:
Scene-1:
Man number-1, who is dishonest to his lawfully wedded wife number-1 and Man number-2 who is a honest man to his lawfully wedded wife number-2. Now, both couples having two children children of their own but as M1 is a dishonest person who is having extramarital affair with three other women ends up having successive three children of Man number-1 bearing his genes. 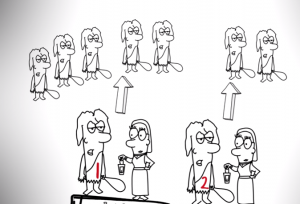 Then, when two hungry lions ended up eating both of their socially legal sons but, dishonest person still had three of his children there to pass on his genes to next generations. 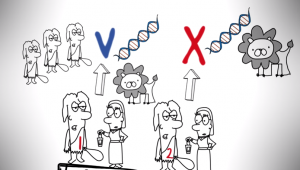 Scene-2:
Both man came across a hut with much more delicious food and the owner of the hut had a trip to New York with their family. 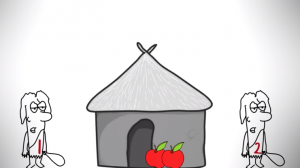 Again, man number-2 decided not to steal the food although having had no chance of getting caught. But, Man number-1, took the surplus food as to provide to his family in future. 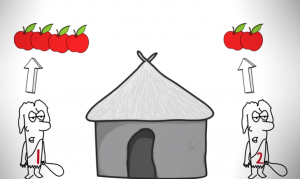 And, worst case scenario was when famine stroked, man number-2 had nothing to provide to his family as they perished. Well, Good guy pays the due!! Bad luck,dude.
Okay whatsoever, man number-1 again overcame the threat of extinction. More specifically his genes got life to drive out again.
Questions, right? So, what drove man number-1 to steal the foods?  We will discuss it later in another article since short answers are not enough.
But before that for those of you are wondering why am i telling you stories??

“I am not trying to make a point by telling stories. Chosen examples are never serious evidence for any worthwhile generalization. These stories are simply intended as illustrations of what I mean by altruistic and selfish behavior at the level of individuals.”

“It is a very complicated business to demonstrate the effects of behavior on long-term survival prospects. In practice, when we apply the definition to real behavior, we must qualify it with the word ‘apparently’. An apparently altruistic act is one that looks, superficially, as if it must tend to make the altruist more likely (however slightly) to die, and the recipient more likely to survive.”

Let’s have some examples,
Scene-1:
Suppose, in ancient time a women(60 years old) was tried to a peculiar case in which she had to sacrifice herself or anyone of her three sons. I am so confident that she would pick her own death in lieu of her any of the sons death. What a compassionate regulations of the genes!! 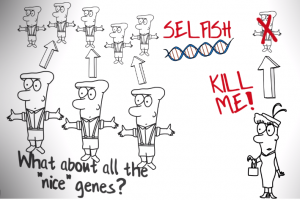 So, Where is such a selfish activity, right?
Well then, more probably you are not thinking, you are just scrolling down my article. Anyway, You will have have your answer.
Scene-2:
Ever wondered the functions of the worker bees who simply laid down their lives for the sake of hive. 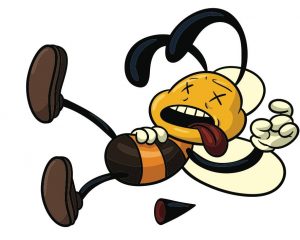 Let’s have a look on what Dawkins had to say,

“More ordinarily, selfish behaviour may simply consist of refusing to share some valued 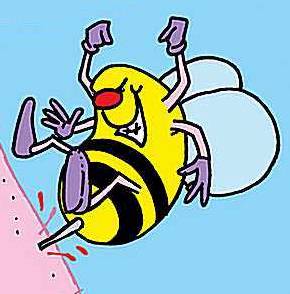 resource such as food, territory, or sexual partners. Now for some examples of apparently altruistic behaviour. The stinging behaviour of worker bees is a very effective defence against honey robbers. But the bees who do the stinging are kamikaze fighters. In the act of stinging, vital internal organs are usually torn out of the body, and the bee dies soon afterwards. Her suicide mission may have saved the colony’s vital food stocks, but she herself is not around to reap the benefits. By our definition this is an altruistic behavioural act. Remember that we are not talking about conscious motives. They may or may not be present, both here and in the selfishness examples, but they are irrelevant to our definition.”

Now, It is the best time to have your answers.
Well, in the Scene-1 of altruistic behavior, we had a mother and three sons case in which mother picked her own death instead of her any of the sons death. That women was over 50 years old and 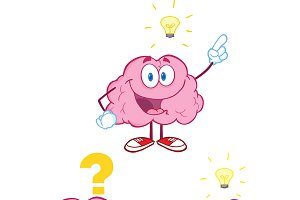 “It often turns out on closer inspection that acts of apparent altruism are really selfishness in disguise. Once again, I do not mean that the underlying motives are secretly selfish, but that the real effects of the act on survival prospects are the reverse of what we originally thought.”

Reproduction (or procreation or breeding) is the biological process by which new individual organisms – “offspring” – are produced from their “parents”. Reproduction is a fundamental feature of all known life; each individual organism exists as the result of reproduction. There are two forms of reproduction: asexual and sexual. There are a wide range of reproductive strategies employed by different species. Every living organisms from microscopic virus to the large blue whale, every organisms perpetuate the very goal of their life. The interests of selfish gene machine here fight to reborn to gain the the eternity and beyond. Again, we are talking about individual level characteristics of selfish gene.

“It is easy to see how this idea got its start in biology. Much of an animal’s life is devoted to reproduction, and most of the acts of altruistic self-sacrifice that are observed in nature are performed by parents towards their young. ‘Perpetuation of the species’ is a common euphemism for reproduction, and it is undeniably a consequence of reproduction. It requires only a slight over-stretching of logic to deduce that the ‘function’ of reproduction is ‘to’ perpetuate the species. From this it is but a further short false step to conclude that animals will in general behave in such a way as to favour the perpetuation of the species.”

Again, in Scene-2, Worker bees will sting an intruder and kill it but in the process it’s internal organs are ripped out and it dies. Who doesn’t love to see all these selfless acts of bees, ants and spiders!!
In order to understand the selfish genes nature in there, we have the evidences to believe that worker bees are sterile and therefore they have two way to survive this cruel, vicious competition of “Who is the best selfish?”,

1. Reproduction but they can’t because of sterility,
2. Then, they are left with another option; To protect and take care of same genes species and nurture the queen. So, at least, they can share the credits for nurturing the selfish gene interest which is perpetuation of species.
Dawkins believes,

“Altruism towards fellow members of the species seems to follow.”

There are so many questions still remain to be answered. Here’s what we will have in our next parts of the article.
And before writing this article, i knew i will be facing socio-religious threat as if i’m here to advice others to follow and lead their life in according to social Darwinism. I am not here to advocate social Darwinism, Weismann philosophy or Dawkins exegesis. As you know, no man or women will break their happy family condition in order to perpetuating what his/her gene wants to them to do with having extramarital affairs in sobriety. Unlike other species, we (Homo sapiens) can go against our genes, we can go against what is programmed. 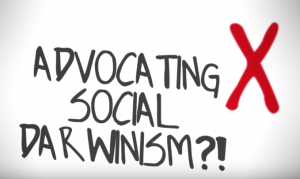 But at the end of the day, you can’t go by saying this is just a hell of theory. Except it or not, your gene was in this hell of a plot. In the beginning of article, i told you guys this is very hard to accept what is bitter truth. But things are like that ‘Call Spade A Spade”. For them,

Our genes had to fight this vicious ordeal of survival, so, we can live through….
Will be back with another article of the series. Until then,
Sayonara
References:
The Selfish Gene(1976) by Dr. Richard Dawkins
https://www.wikipedia.org/
https://en.oxforddictionaries.com/
https://www.merriam-webster.com/
Youtube Channel: FightMediocrity & Andy80o

My life has always been like Brownian particles with random motions. While my life's been colliding with Plantlet, hope to have perfect momentum for the best outcome.
Previous Classification of protein: A Short Tour Through The World of Protein
Next The Water Cycle and The Origin, Present and Future of Water