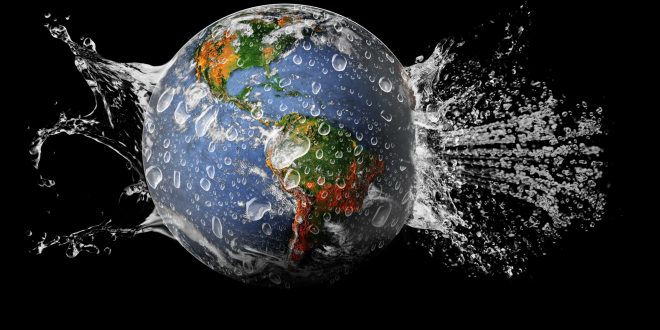 The Water Cycle and The Origin, Present and Future of Water

The water cycle is a cycle that causes the cycling flow of water in different forms and both up, below and at the earth surface. We know, water can be present at three stages such as: solid, liquid and gaseous. These all forms are seen in the water cycle where processes like precipitation, evaporation, condensation take place.

Some info about water and water cycle:

How the water was formed?

Geoscientists opined that water formed via primary degassing of ejected magma from volcanoes abundant during prehistoric period of earth. The rate of degassing was about 167 km3/year.

The scientists were baffled many times by the origin and evolution of the earth and mostly its liquid hydrosphere. Luckily, many of the problems have been solved by our modern scientists. But the origin of water took a toll on them as they swinged in ideas that either the water came from the comets hitting earth or from within the earth itself.

A study in recent years have assured that it was the magma within the earth not the comets who were responsible for this vast hydrosphere that covers about 71% of earth surface.

Evidence suggests that water is stored in the Earth’s mantle in the form of hydroxyl groups (OH-) (one hydrogen and one oxygen atom) trapped within minerals such as ringwoodite.

When the mantle melts, the water in the minerals dissolves into the magma. As the magma rises towards the surface through the mouth of the volcanoes and cools itself, the water is released as water vapor. The decrease in pressure helps in its evaporation process. And then enters into the water cycle. This mechanism is a great way of water to be degassed from the earth’s interior to the surface world. 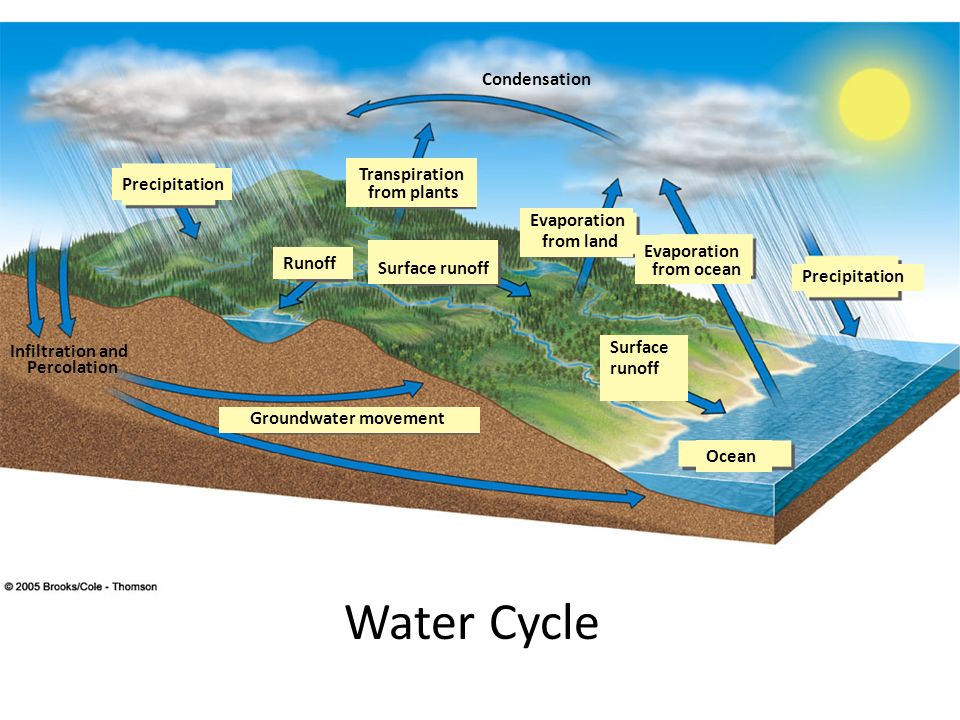 The future of water as a resource

Water is a resource to every life form on earth. Especially the human race is mostly dependent on it. It should be noted here that though there is a lot of water in the water sphere, a minute fraction of it is available to humans and this fraction is getting polluted day by day. That means our water resource is not an infinite supply rather its utility is decreasing like any other resource though maintaining the same quantity as before.

The table below shows water as a resource and its availability in different forms that might help us interpreting its future.

On an average each human being requires ca. 2000 liter or 2 m3 water per day.

When that time will come?

Scientists estimated that world’s population gets doubled in every 30 years. So, with this rate, after 110 years, available freshwater will not be sufficient. However, crisis in freshwater may hit much before than that time because:

I hope this article would help you with various details and info about the water on earth. Moreover, the water budget calculation might give you an insight of the water crisis that we may face in near decades or middle of the century.

Currently in 4th year (Hons) in the Department of Botany, University of Dhaka. Planned to have multiple careers one by one but promised to be with 'Plantlet' as long as it's primary stage remains unfinished. Email: abulaisshomrat@gmail.com. Minimum monthly resolution - Publish (1), Revise (3), Share (5)
Previous The Selfish Gene: The Mean of Existence
Next Demorphic Growth Principle and Energy Slave