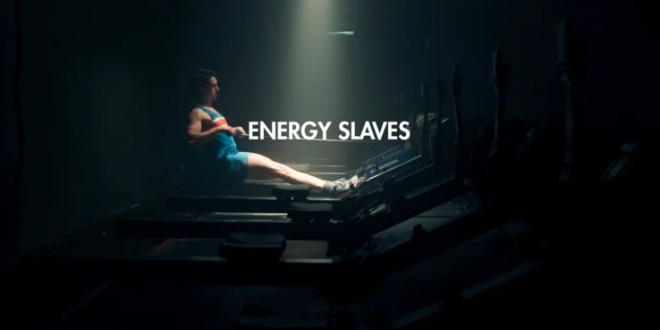 The environment nurtures us in the best way it can. It supplies us with things without which we would fall in an existential crisis and perish in a matter of time. Though these words we all understand make the importance of environment clear, it is us and our activities which are damaging our mother nature. And unsurprisingly in a matter of no time, we will face the rage of the nature upon us.

Today we are presenting you with an article that might help you understand the formula behind this environmental crisis and puzzle you with a new term called ‘Energy Slave’.

JR Vallentyne, a Canadian paleo-limnologist revealed that impending environmental crisis we are facing results from two types of growths:
-population growth and
-technological growth
both directly in sense of increased per head production and consumption and indirectly in that technology furthered growth of population and urbanization.

Concept of growth encompassing combined effects of population in biological sense and of production, consumption in technological sense has been termed Demorpha.

An energy slave is that quantity of energy (ability to do work) which, when used to construct and drive non-human infrastructure (machines, roads, power grids, fuel etc.) replaces a unit of human labor (actual work).

For example, imagine that you are riding a car from Basabo to Curzon Hall. That car uses some power in Horse Power (HP) unit deriving from its fuel used. Imagine… instead of fuel a definite number of horses are pushing the car. Now again in stead of the horses imagine people pushing the car for you. Apparently, this amount of people is called the energy slave you are using to ride your car.

An energy slave does the work of a person, through the consumption of energy in the non-human infrastructure such as a motor cycle.

An energy slave is used to compare the productivity of a person (such as energy to move to a place) and the energy that would be required to produce that work in the modern, oil fuelled industrial economy (moving in motorcycle).

Formally, one energy slave produces one unit of human labor (follow the last example) through the non-human tools and energy supplied by the industrial economy, and therefore 1 ES times a constant that converts to work accomplished = 1 human labor unit.

Before you get puzzled anymore by my …please visit this link below and take your time to understand the energy slave cartoons.

From D-index, demand of energy for any country can be obtained. This figure multiplied by population gives number of Energy Slaves.

as without bread and water no life can be sustained and any machine becomes invalid without energy, based on this concept of Energy Slave applied.

e.g., energy from one MT coal  equivalent can rare 8.1 non technological human being equal to one year’s Energy Slave.

In reality, for survival upon earth, every man requires both P and T.

D-index and D-unit of some developed and developing nations of world calculated according to number of Homo sapiens for 1973.

Currently in 4th year (Hons) in the Department of Botany, University of Dhaka. Planned to have multiple careers one by one but promised to be with 'Plantlet' as long as it's primary stage remains unfinished. Email: abulaisshomrat@gmail.com. Minimum monthly resolution - Publish (1), Revise (3), Share (5)
Previous The Water Cycle and The Origin, Present and Future of Water
Next Different Diseases of Jute: The Challenges for Jute Cultivation