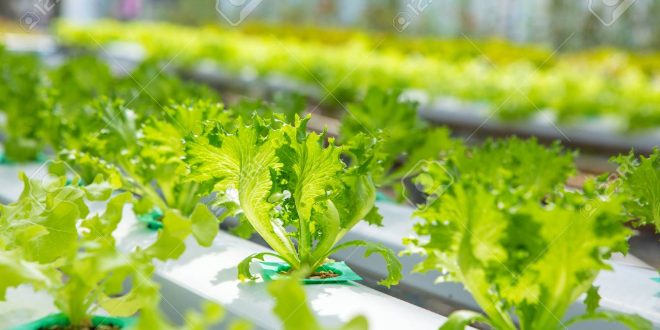 Plant breeding is defined as identifying and selecting desirable traits in plants and combining this into one individual plant. Since 1900, Mendel’s laws of genetics provided the scientific basis for plant breeding. Selection is the most ancient and basic procedure in plant breeding. Selection procedures used in plant breeding have gradually developed over a vary long time span, in fact since settled agriculture was first undertaken. It generally involves three distinct steps. First, a large number of selections are made from the genetically variable original population. Second, progeny rows are grown from the individual plant selections for observational purposes. After obvious elimination, the selections are grown over several years to permit observations under different environmental conditions for making further eliminations. And the whole these processes are categorized into three ways of selection. They are:

Finally, the selected and inbred lines are compared to existing commercial varieties in their yielding performance and other aspects of agronomic importance. Here three modes of artificial selection process are described in broad.

In this article, types and procedures of selection process (Mass, Pure-line & Clonal Selection) will be discussed briefly.

It is suggested by Gardner in 1961. It can be defined as selection of a number of  phenotypically superior plants or seeds from the field population, harvesting and bulking their produce together for sowing the next year’s crop and repeating this process till desired characters are achieved. It is followed both in self-defective and cross-pollinated crops.It is the simplest and oldest method of crop improvement.

The main features of varieties developed by mass selection in self and cross pollinated species are given below:

Mass selected varieties have wide adaptation and are more stable against environmental changes due to heterogeneity which provides better buffering capacity. In other words, mass selected varieties have broader genetic base than pure lines. They exhibit more or less stable performance. However, adaptability is more in cross pollinated crops than in self pollinated species.

A variety developed by mass selection is less uniform in the quality of seed than pure-lines due to presence of heritable variation.

Mass selected varieties are less prone to the attack of new diseases due to genetic diversity. In other words, they are more resistant or tolerant to new diseases.

Periodic removal of off type plants is essential to maintain the yield of mass selected varieties.

Two types of mass selection. They are:

All the genotypes of a pure-line are homogeneous i.e. genetically identical and phenotypically similar. Thus pure-lines are homozygous and homogeneous.

The variation within a pure-line is entirely due to environmental factors. Thus the variation is non-heritable in the pure-lines.

A variety developed by pure-line selection is highly uniform in quality due to absence of genetic variation.

Pure-line varieties are more prone to the attack of new diseases due to genetic uniformity and narrow genetic base.

Pure-lines can be isolated from heterogeneous population as well as segregating populations through individual plant selection and progeny testing.

In a pure-line variety, natural out crossing, mutations and mechanical mixtures are the important sources of genetic variation. The spontaneous mutations cannot be controlled. Other two factors can be controlled.

The procedure of pure-line selection are given below

1. This is a good method of isolating the best genotype for yield, disease resistance, insect resistance, earliness, quality etc. from a heterogeneous, or mixed population of an old variety.

3. Due to extreme uniformity variety is easily identified in seed certification programmes.

4. This is an easy and cheap method of crop Improvement.

1. The varieties developed through Pure-line selection generally do not have the wide adaptation and  stability in the production possessed by the local varieties from which they are developed.

3. The improvement is dependent on the genetic variation present in the original population.

5. In pure-line selection, new variety can not be developed by breeders.

6. The selection method is applicable only in Self -pollinated crops.

7. Poor adaptability due to narrow genetic base.

8. More prone to the attack of new disease due to genetic uniformity.

Progeny of a single plant obtained by asexual reproduction is known as clone. A procedure of selecting superior clones from the mixed population of asexually or by vegetative means are known as asexually propagated or vegetatively propagated or clonal crops. Clonal selection is one of the methods for improving the vegetative propagated crops such as sugarcane, banana, potato, citrus, sweet potato, mango, apple, orange, grapes, litchis etc.

1. Clones are stable- They retain their original traits just like pure line variety
2. Theoretically clones are immortal i.e. A clone can be maintained indefinitely by asexual reproduction. However, these are very much susceptible to diseases or insect pests depending upon the species and cultivars.
3. Homogeneous-Individual plant of a clone is a mitotic derivative of the same plant and therefore homogeneity in phenotype is the major feature of clones. A group of individual plants derived from the same tissue of the original mother plant carries the same genotype.
Phenotypic variation if any in clones is due to environmental impact.
4. Continuous inbreeding of clones which are heterozygous might lead to severe loss in vigour.
5. The phenotype of a clone is due to effect of gene (G), environment (E) and GxE interaction over the population mean (h). Therefore P=h+G+E+GE
6.Clones are maintained by asexual reproduction, but pure lines and inbreds are maintained by self-pollination or close inbreeding.

i) Clonal selection is an easy and less time consuming method.
ii) Easy maintenance because there is no problem of out crossing and loss of seed viability. Variation occurs due to somatic mutation only which can be managed by removal of undesired plants.
iii) Heterotic clones on selection may be used as permanent hybrids. Heterosis can be exploited for longer time without production of hybrid seed every year (for vegetatively propagated vegetable crops).
iv) Clonal selection is the only method of breeding in vegetatively propagated fruit plants.

This is an official account of this website. This ID holds articles from two categories. 1. Articles from our non-authors. 2. Articles of the authors whose IDs were deleted.
Previous Types & Procedures of Selection Process (Part-1)
Next Equisetum: The Scouring Rushes