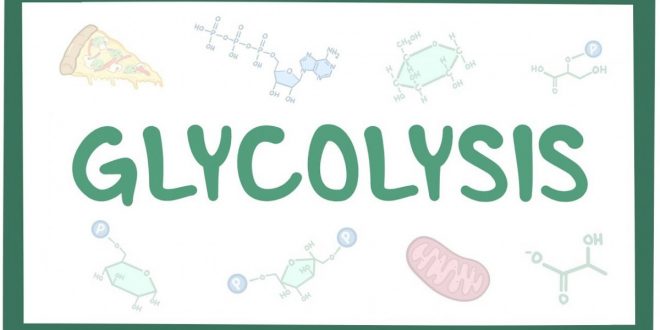 The process by which complex organic food compounds (carbohydrate, fat, protein etc) produce CO2 and H2O with released energy by oxidation reaction in presence of O2 is called respiration.

Respiration is of two types:

Glycolysisis a universal catabolic pathway in the living cells. It can be defined as the sequence of reactions for the breakdown of Glucose (6-carbon molecule) to two molecules of pyruvic acid (3-carbon molecule) under aerobic or anaerobic conditions.

There are two types of glycolysis:

Step 1: Uptake and phosphorylation of glucose 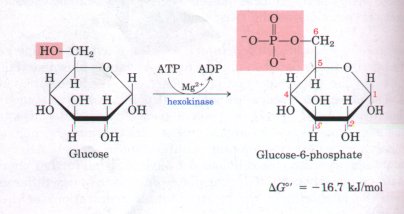 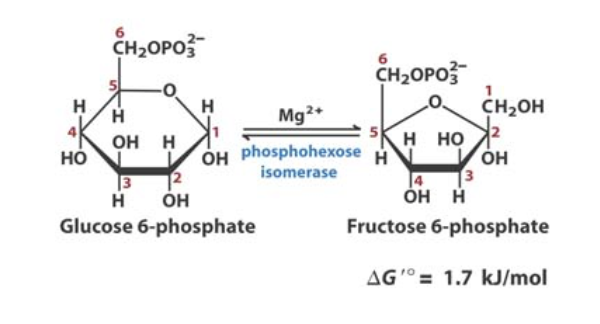 Step 5: Interconversion of the Triose Phosphates 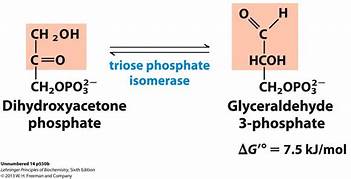 Step 9: Dehydration of 2-Phosphoglycerate to Phosphoenolpyruvate

When animal tissues cannot be supplied with sufficient oxygen to support aerobic oxidation of the pyruvate and NADH produced in glycolysis, NAD+ is regenerated from NADH by the reduction of pyruvate to lactate. Some tissues and cell types (such as erythrocytes, which have no mitochondria and thus cannot oxidize pyruvate to CO2) produce lactate from glucose even under aerobic conditions. The reduction of pyruvate is catalyzed by lactate dehydrogenase.

Net energy (ATP) yield per molecule of Glucose in Glycolysis

Significance of the Glycolysis Pathway

If oxygen is available, aerobic respiration will go forward. In eukaryotic cells, the pyruvate molecules produced at the end of glycolysis are transported into mitochondria, which are the sites of cellular respiration. There, pyruvate will be transformed into an acetyl group that will be picked up and activated by a carrier compound called coenzyme A (CoA). The resulting compound is called acetyl CoA. CoA is made from vitamin B5, pantothenic acid. Acetyl CoA can be used in a variety of ways by the cell, but its major function is to deliver the acetyl group derived from pyruvate to the next stage of the pathway in glucose catabolism.

Enzymes involved in this process

These are commonly known as pyruvate dehydrogenase complex.

Co-factors involved in this process

In order for pyruvate (which is the product of glycolysis) to enter the Citric Acid Cycle (the next pathway in cellular respiration), it must undergo several changes. The conversion is a three-step process (Figure 1).

Step 1. A carboxyl group is removed from pyruvate, releasing a molecule of carbon dioxide into the surrounding medium.

The result of this step is a two-carbon hydroxyethyl group bound to the enzyme (pyruvate dehydrogenase). This is the first of the six carbons from the original glucose molecule to be removed. This step proceeds twice (remember: there are two pyruvate molecules produced at the end of glycolysis) for every molecule of glucose metabolized; thus, two of the six carbons will have been removed at the end of both steps.

The hydroxyethyl group is oxidized to an acetyl group, and the electrons are picked up by NAD+, forming NADH. The high-energy electrons from NADH will be used later to generate ATP.

Step 3. An acetyl group is transferred to conenzyme A, resulting in acetyl CoA.

The enzyme-bound acetyl group is transferred to CoA, producing a molecule of acetyl CoA.

Note that, during the second stage of glucose metabolism, whenever a carbon atom is removed, it is bound to two oxygen atoms, producing carbon dioxide, one of the major end products of cellular respiration.

In the presence of oxygen, pyruvate is transformed into an acetyl group attached to a carrier molecule of coenzyme A. The resulting acetyl CoA can enter several pathways, but most often, the acetyl group is delivered to the citric acid cycle for further catabolism. During the conversion of pyruvate into the acetyl group, a molecule of carbon dioxide and two high-energy electrons are removed. The carbon dioxide accounts for two (conversion of two pyruvate molecules) of the six carbons of the original glucose molecule. The electrons are picked up by NAD+, and the NADH carries the electrons to a later pathway for ATP production. At this point, the glucose molecule that originally entered cellular respiration has been completely oxidized. Chemical potential energy stored within the glucose molecule has been transferred to electron carriers or has been used to synthesize a few ATPs.