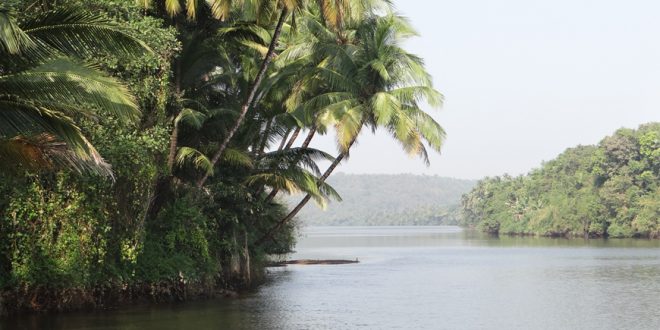 Biomass is the weight of living matter per unit area at a given time at a given place.

In aquatic ecosystem, produced biomass may either enter into food chain or undergoes destruction.

In lentic waters, nutrients present in biomass get recycled, except sedimentation of small fraction. In lotic water organic and inorganic substances and associated particles to them transported from one place to another and finally brought to sea.

For releasing nutrients from body of dead organisms and from other sources of organic matter, bacterial action is necessary. Roughly 40% of all organisms present in aquatic habitats decomposed by bacteria. Plankton undergoes decomposition quickly.

Release rate of P (as percentage of total P present) from zooplankton into water.

Release rate of P (as percentage of total P present) from phytoplankton into water.

Release rate of P (as percentage of total P present) from detritus.

At senescence (loss of a cell’s power of division and growth), cells of organisms become weaker, loss control over cell membrane and secretes autolytic enzymes.

It dissolves different parts of organism via biochemical reactions and helps releasing cellular content into environment.

However release rate varies according to different organism.

Usually dead bodies of organisms are attacked by bacteria within 24 hours, more probably it starts some time earlier in aquatic habitats. Planktonic organisms after losing their cellular control, starts sinking to depth.

In that lake 85% of total primary productivity recycled in euphotic zone and 15% reaches to bottom.

Depending upon (i) sources of energy, (ii) electron donor, (iii) sources of carbon, aquatic bacteria can be grouped under three categories.

Organic matters are electron donors; they could be aerobic and anaerobic carbon synthesizer and sulfur synthesizer.

List of bacteria responsible for aerobic decomposition of carbohydrate and hydrocarbon in aquatic habitats.

At anaerobicity, bacteria use oxygen from NO2–, NO3– and SO43- to reduce organic matter.

Some facultative anaerobs, which can consume free molecular oxygen as well as oxygen from NO3– e.g., Pseudomonas aeruginosa, P. denitrificans, etc.

Currently in 4th year (Hons) in the Department of Botany, University of Dhaka. Planned to have multiple careers one by one but promised to be with 'Plantlet' as long as it's primary stage remains unfinished. Email: abulaisshomrat@gmail.com. Minimum monthly resolution - Publish (1), Revise (3), Share (5)
Previous Takhtajan’s System of Classification
Next Origin Of Bryophytes

Many new things just knew from this article. Thanks for sharing with us 💙