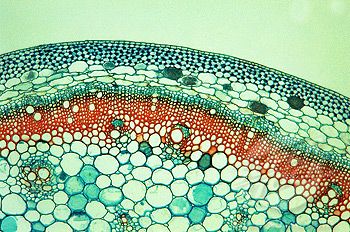 The cell wall is structurally and chemically different from the protoplasm. The growth in thickness of walls is evident in both primary and secondary walls. The initiation of the cell wall and how it grows is being studied here.

Origin of the Cell wall

The wall formation is first evident at the close of nuclear division. In higher plants, cell wall biosynthesis begins at the center of two daughter nuclei after the cytokinesis phase at the end of the telophase stage. Protoplasmic substances like pectin are deposited in the form of droplets in the equatorial region between two daughter nuclei. These pectin droplets gradually increase in size and unite with each other and form the fluid plate. So the partition formed between two protoplasms is known as cell plate. 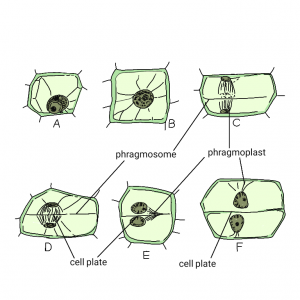 Description of the above figure is as follows:


Growth of the Cell wall

There are two theories regarding the increase of thickness of cell wall. These are as given below:

The growth of the wall through the deposit of new layers from inside (from the cytoplasm) is called apposition. In apposition, new wall layers are laid and growth of wall in new cells occurs. Closely associated microfibrils are incorporated on the surface of present microfibrils and form a new layer.

Currently a student of the University of Dhaka, second year. Nature itself is enthralling and I find it enthusiastic to learn more about them. Monthly resolution- Publish (1), Rate (1)
Previous Cell wall: Structure and Composition
Next Comparison of Two Means: Student’s t-test