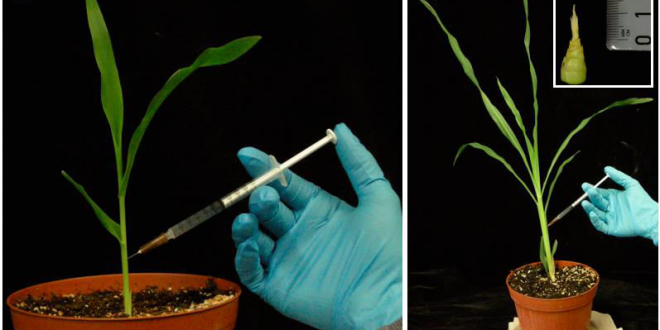 Inoculation is the first contact of a pathogen with its host in a place where infection is possible. The pathogen may be in any of its stages of its life cycle.

Generally, the more abundant the primary inoculum and the closer it is to the crops, the more severe the disease and the losses that result.

The inoculum of most pathogens is carried to host plants passively by wind, water, and insects. An airborne inoculum usually gets out of the air and onto the plant surface not just by gravity but by being washed out by rain. Only a tiny fraction of the potential inoculum produced actually lands on susceptible host plants; the bulk of the produced inoculum lands on things that cannot become infected. Some types of inoculum in the soil,e.g., zoospores and nematodes, may be attracted to the host plant by such substances as sugars and amino acids diffusing out of the plant roots. Vectortransmitted pathogens are usually carried to their host plants with an extremely high efficiency.

Pathogens penetrate plant surfaces by direct penetration of cell walls, through natural openings, or thorough wounds. It is to remember that, penetration doesn’t necessarily cause infection. There are many cells that can be penetrated but yet not susceptible to infection. In this case, the organism can not proceed beyond penetration and die without producing disease. 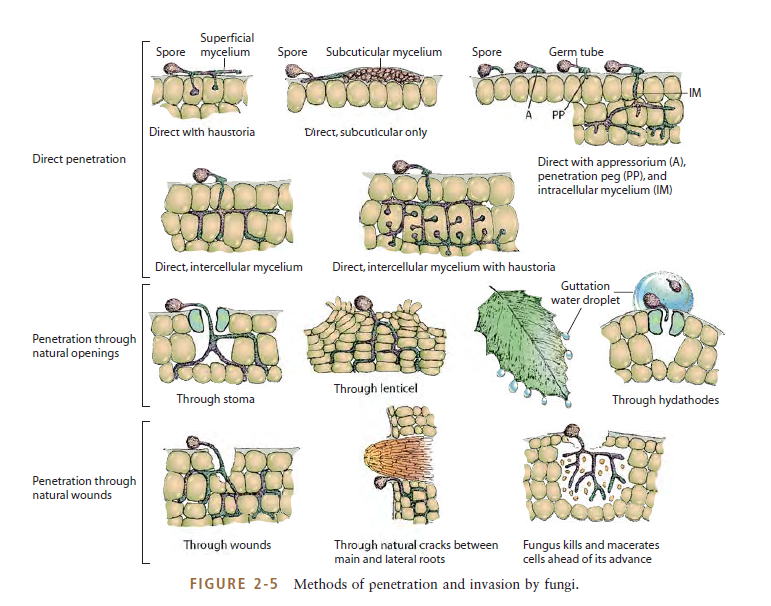 Currently in 4th year (Hons) in the Department of Botany, University of Dhaka. Planned to have multiple careers one by one but promised to be with 'Plantlet' as long as it's primary stage remains unfinished. Email: abulaisshomrat@gmail.com. Minimum monthly resolution - Publish (1), Revise (3), Share (5)
Previous Previous Post
Next Infection and Dissemination