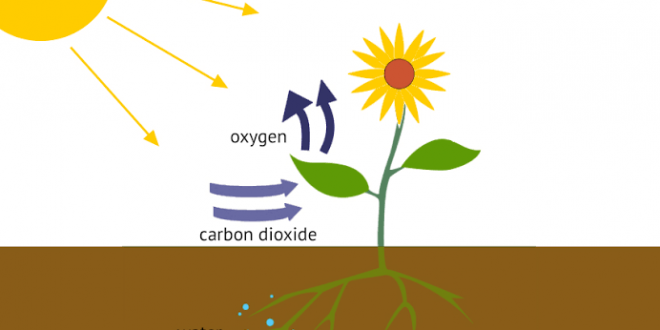 In higher plants, chloroplasts are highly seen in pallisade and spongy parenchyma cells of mesophyll tissue where the most photosynthesis occurs.

There are major 3 types of photosynthetic pigments, namely; 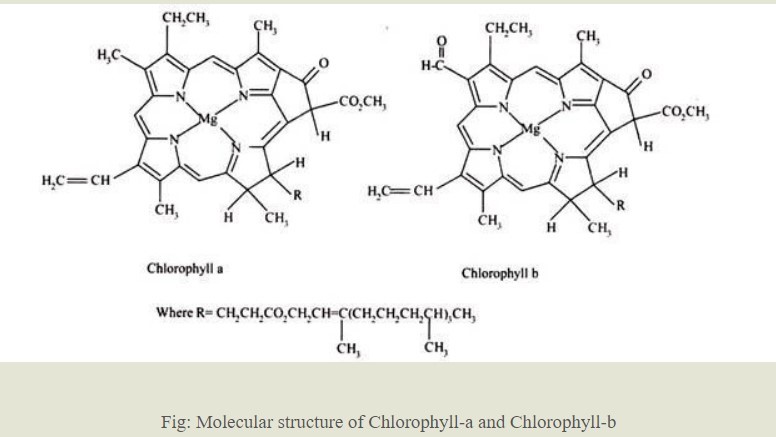 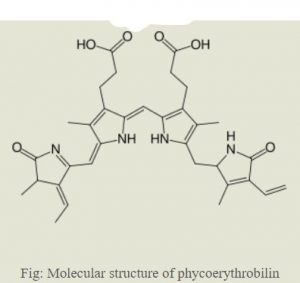 Wavelength of light absorbed by pigments of plant

Sunlight is the only source of photosynthesis . Only 40% of sunlight fall on earth. It has known that the only 83% of this light is absorbed by leaves  and only 0.5 to 3.5% are absorbed by chlorophyll .Plant pigment molecules absorb only light in the wavelength range of 760 nm to 390 nm; this range is referred to as photosynthetically-active radiation. Violet and blue has the shortest wavelengths and the most energy, whereas red has the longest wavelengths and carries the least amount of energy.

Supply of Water for Photosynthesis

Water is very much essential for photosynthesis. Aquatic plants can take water by  their whole body. But  higher plants absorb water from soil and supplies to the mesophyll tissue of leaves. Less than 0.01% of this absorbed water is used by green fresh leaf  . 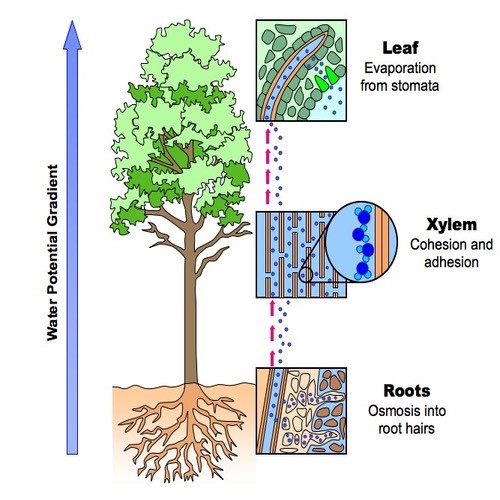 Entrance of CO2 in Mesophyll Tissue 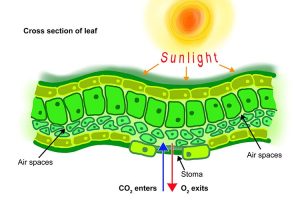 In higher plants there are different kinds of chlorophyll, carotene and different layers of protein on the surface of thylakoid. These pigments together make a special decoration. These color pigments and proteins are called photosynthetic unit. Some of these units make a set 200-300 of this set make a chlorophyll -a. The unit of photosynthetic unit is known as “Quantosome”. Every thylakoyid is having much quantosome. These are also known as photosystem I and photosystem II. 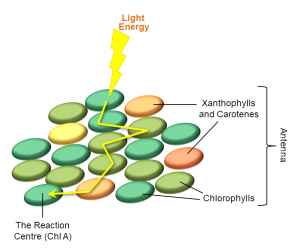 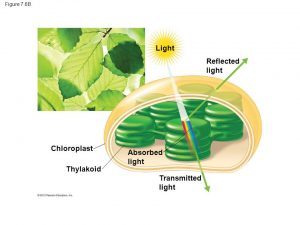 The two pigment system theory of photosynthesis was proposed by Emerson. He observed Emerson Effect in 1957. Beyond wavelengths of 680 nm i.e., far-red region, there is a decrease in photosynthetic yield compared to the red region of electromagnetic spectrum. This decrease is known as the Red drop. Red drop occurs because of the decrease in quantum yield. Quantum yield is the number of oxygen molecules released per light quanta absorbed. Red drop effect was proposed by Emerson and Lewis. They performed their experiment on chlorella plant.

From red drop and enhancement experiments in the light reaction of photosynthesis, it was concluded that two photosystems are present which work at different wavelengths. It is evident of the presence of two photosystems i.e. Photosystems I and II. 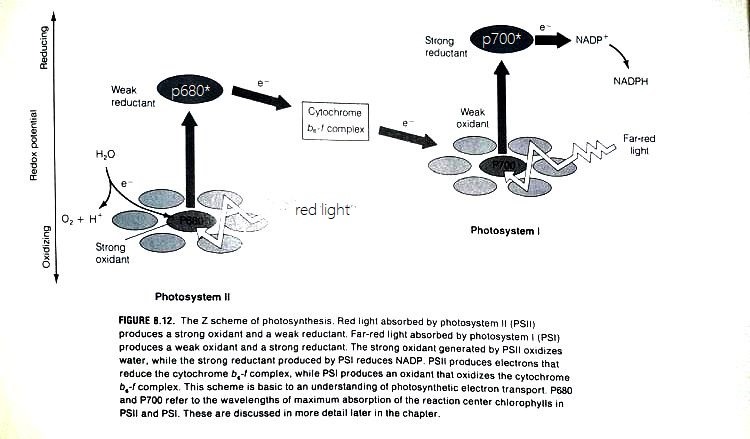 By electron-microscope some ovul granules are seen ,which are almost 10X20 nm. In every Quantosome there is either a p700 or an P680 which is ready to take sun ray for reaction.

there are also some very essential chemical tools for carring electron of higher energy. They converts NADP & ADP to NADPH2 & ATP. These  Electron carriers are known as thaylakoid electron transport system (TETS).

I am a student of Agricultural Biotechnology in Eskisehir, Turkey.I dream for a better and pollution free green Earth.
Previous Transposable Genetic Elements
Next Introduction to Protein: Characteristics with Structures